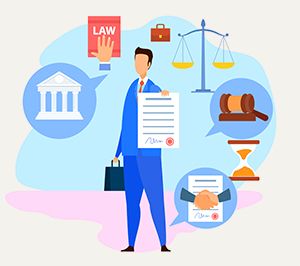 The defendant-appellant argued that the district judge “erred in admitting testimony from the plaintiffs’ expert witness,” and “the jury verdict… and…additional terms of the district court’s order also were not supported by the evidence.” Id.

This article assesses how the trial and appellate court dispensed with the issues concerning expert testimony.

Bresler v. Wilmington Trust, which was considered by the Fourth Circuit, concerned an alleged breach of contract. See id.

The plaintiffs, Fleur and Sidney Bresler, were the personal representatives of a family member’s estate and brought an action against a trust company on the estate’s behalf. See id.

The Breslers argued that the defendant “breached an agreement to lend money for the acquisition, maintenance, and certain investments relating to life insurance policies.”

A jury awarded $23 million to the plaintiffs, and after the verdict was reached, the judge determined that the defense had also “breached an agreement to return certain funds to the Estate” after the decedent passed away. Id.

The defendant appealed the judgment, contesting liability and damages, the latter argument being largely predicated on an objection to certain expert witness evidence. See id., at 187.

The expert witness under scrutiny was an accountant who provided damages figures based on present and future loss calculations. See id., at 188. The jury relied on the plaintiffs’ expert to determine its damages award. See id.

On appeal, the Fourth Circuit analyzed the defendant’s objections to the admissibility of the plaintiffs’ damages expert. See id., at 189.

The defense made two arguments:

According to the defense, admitting the expert testimony “disrupted the trial” and “deprived” them of “an adequate opportunity to cross-examine” the plaintiffs’ witness. Id.

The Fourth Circuit disagreed with this allegation, noting that when considering a district court’s decision to admit expert testimony, the applicable standard of review is abuse of discretion. See id.

The Court of Appeals acknowledged that Federal Rule of Civil Procedure (FRCP) 26 “requires litigants to provide opposing counsel with a written report prepared and signed by an expert witness who may testify at trial.” Id.

Parties must also supplement their reports if they learn that “in some material respect the disclosure…is incomplete or incorrect, and if the additional or corrective information has not otherwise been made known to the other parties during the discovery process or in writing.” Id., at 190.

The purpose of FRCP 26 is to provide adequate preparation time for litigants. Id. Accordingly, under FRCP 37(c)(1), parties who do not comply with the expert witness disclosure requirements cannot use a witness/evidence at trial “unless the failure was substantially justified or is harmless.” Id.

District courts are given broad discretion to decide whether disclosure violations are substantially justified or harmless. See id.

In making these determinations, the courts consider several factors. See id. These factors are:

As the holding noted, “The first four factors listed above relate primarily to the harmlessness exception, while the last factor, addressing the party’s explanation for its nondisclosure, relates mainly to the substantial justification exception.” Id.

On review, the appellate court found that some of the expert’s calculations were not timely disclosed by the plaintiffs. See id.

However, the majority opinion held that the district court had not abused its discretion by allowing the testimony at issue. See id.

That conclusion was based on the determination that the untimely disclosures were harmless “and did not materially affect” the trust company’s defense. Id.

The second claim made by the appellants was that the plaintiffs’ damages expert should have been excluded under the Daubert test. See id., at 194-5.

The defense argued that the expert’s calculations were erroneous and utilized an invalid mechanism to make certain projections. See id., at 195.

The reviewing court found for the plaintiffs on this matter, again applying the abuse of discretion test. See id.

According to the holding, “although [the expert’s] testimony was unclear at various points during the trial, the district court did not abuse its discretion in declining to exclude [it] under Daubert.” Id.

In addition, the Fourth Circuit explained its decision by referencing Federal Rule of Evidence (FRE) 702. See id. FRE 702 requires expert opinions to be “based on sufficient facts or data” and “the product of reliable principles and methods.” Id. (quoting FRE 702(a)-(d)).

Trial courts perform a gatekeeping function under Daubert “to ensure that expert testimony is relevant and reliable.” Id. To fulfill that function, judges must make preliminary assessments “to determine whether the methodology underlying the expert testimony is valid.” Id.

When examining the validity of proposed testimony, courts cannot consider the witness’s conclusion; they can only assess the underlying methodology on which the opinion is based. See id.

Challenges to “the factual underpinnings” of expert testimony go to the weight and credibility of the evidence, but do not implicate admissibility. See id.

The appellate court found that the defendant’s objections to the expert calculations reflected a disagreement with the witness’s conclusions, which “affect the weight and credibility” of the evidence, “not its admissibility.” Id., at 196.

The defense also objected to the trial court verdict on the grounds that the plaintiffs had not suffered any damages and that the alleged injuries were merely speculative. See id., at 199.

The Fourth Circuit resolved this issue in the plaintiffs’ favor, holding that the Breslers had established “the existence of damages to a reasonable degree of certainty” and proved the amount adequately. Id. The holding cited the plaintiff expert’s calculations to demonstrate that evidence was furnished to support the damages. *See id. *

The defendant made certain stipulations and failed to object when the district court took judicial notice of some of the data used by the plaintiffs’ expert. See id., at 200.

The defense exercised the right to cross-examine the opposing expert but did not provide any contradictory expert testimony regarding the damage calculations. See id.

Taking all these factors into account, the appellate court found that the defendant had several opportunities to challenge the witness during the trial and could not, on appeal, object to the damages as being speculative. See id.

The reviewing court agreed with the district judge that the plaintiffs’ witness had established damages with enough precision to justify the amount awarded. See id.

The Fourth Circuit affirmed the trial court’s decision and emphasized several principles in its holding.

One recurring theme of the opinion was that district courts have substantial latitude in deciding how to evaluate expert evidence and act as gatekeepers.

In addition, the appellate court emphasized that objections to an expert’s conclusions may speak to the weight an opinion is accorded, but such challenges should not exclude testimony from being admitted.

The holding also expressed that in resolving challenges to expert evidence, the focus should be on the witness’s methodology, rather than the opinion itself.

Attorneys should consider these judicial sentiments and prepare to address adverse experts by framing challenges in a way that acknowledges the themes expressed by this holding, other caselaw, and the federal rules.