Are Sanctions Appropriate When a Party Fails to Disclose an Expert? 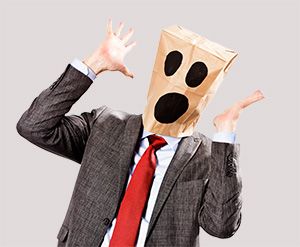 In April 2016, Defendants provided their initial disclosures to Plaintiff concerning the computation of damages but had done nothing other than summarize their prayer for relief, which violated Rule 26(a)(1)(A)(iii).

Initial expert report exchanges were due on December 1, 2017, and expert discovery was scheduled to close on January 26, 2018.

In October 2017 the parties stipulated to extending fact discovery and other deadlines, but not the expert discovery deadlines.

No party disclosed any experts or exchanged expert reports.

On January 29, 2018, after the close of expert discovery, Defendants responded to Plaintiff's interrogatories, which asked Defendants to describe in detail, as required by Rule 26, all damages that they said they’d suffered as a result of Plaintiff's conduct and as alleged in Defendants' counterclaims.

Defendants provided some boilerplate objections. They said they stated in their initial disclosures the precise method of computation of Defendants' damages arising out of their counterclaims would be disclosed pursuant to the parties' obligations to provide expert disclosures.

Plaintiff's counsel complained to Defendants' counsel about its "continued refusal to comply with Rule 26(a)(1).

Plaintiff's counsel noted that under that rule Defendants must provide a computation of damages, that initial disclosures were due in April 2016, and Defendants failed to disclose a computation but rather stated that expert disclosure would provide the necessary information.

After 20 months, Defendants still hadn’t made the proper disclosure, and Plaintiff again issued the interrogatories and received the same deficient response.

Plaintiff's counsel then pointed out that the time for expert discovery had closed, and thus no expert testimony could be forthcoming.

Plaintiff's counsel demanded that Defendants immediately produce the computation of damages and all supporting documentation, as required under the Federal Rules of Civil Procedure.

Although Defendants didn’t disclose an expert and provided no expert report relating to damages, they didn’t supplement their initial Rule 26 disclosure that their damages computation would be disclosed through expert testimony.

Defendants also didn’t supplement their response to the interrogatories.

Plaintiff filed his motion for sanctions in June.

Plaintiff argued that Defendants failed properly to disclose a computation of alleged damages arising out of its counterclaims under Rule 26(a)(1)(A)(iii) and failed to supplement his initial disclosure or answer to an interrogatory under Rule 26(e).

Plaintiff argued that these failures required dismissal as a sanction and, in the alternative, required exclusion of all evidence of damages under the self-executing exclusion sanction of Rule 37(c)(1).

Plaintiff focused his argument on the evidentiary exclusion sanction of Rule 37(c)(1) and not the sanction of dismissal.

Plaintiff contended that when all such evidence was excluded, Defendants' counterclaims would necessarily need to be dismissed for the inability to prove damages.

Magistrate Judge Paul Papak noted that Defendants said they’d produced documents relating to damages and that they asserted they disclosed the names of several persons who were competent to testify about damages.

The Magistrate concluded that if Defendants sought damages beyond the scope of their disclosures as described above without showing that the failure earlier to disclose such damages was substantially justified or harmless, they’d be “banned from relying in support thereof on any undisclosed documents or on witness testimony flowing from any undisclosed documents.”

Plaintiff argued that production of documents couldn’t comply with Rule 26(a)(1)(A)(iii)'s damages computation requirement, that identification of witnesses who would testify also is insufficient, and that these disclosures were particularly insufficient when Defendants' disclosed only expert and not lay witnesses as the source of damages testimony, never supplemented their disclosure to include lay witnesses, never identified those witnesses as having information relevant to damages, and never identified to Plaintiff any specific documents as relevant to damages.

Plaintiff also alleged that some documents identified by Defendants and relied on by Magistrate Papak were produced late in discovery, after discovery closed, or not produced at all.

However, the Magistrate explained that the Court first must consider whether what Defendants disclosed to Plaintiff during discovery complied with Defendants' obligations under Rule 26(a)(1)(A)(iii) before the Court can conclude that excluding other damages evidence is the appropriate sanction under Rule 37(c)(1) (or as the appropriate "lesser sanction" to dismissal), as compared to excluding all damages evidence.

On review, District Judge Michael H. Simon explained that the first question wasn’t whether a dismissal was too harsh of a sanction, but rather whether Defendants violated Rule 26(a)(10(A)(iii). The judge found that it was clear error to fail to conduct such an analysis. If Defendants violated Rule 26(a)(1)(A)(iii), the Court would then determine the appropriate sanction.

Judge Simon found that Defendants' initial disclosures were insufficient to comply with Rule 26(a)(1)(A)(iii). Although a party doesn’t have to know the full specifics of its damages at the outset of litigation, a party must make “some good faith effort to estimate damages,” the judge said.

He saw no indication that Defendants made any effort based on information reasonably available to them.

Defendants had information available to them. Even if Defendants needed discovery to obtain other information, the Federal Rules expressly anticipate supplementation of initial disclosures as discovery progresses and more information is obtained.

The judge held that simply providing no information and stating that experts would be relied on—in this case when at least some damages didn’t require complicated methodology and computation—was insufficient.

Defendants' interrogatory response compounded the insufficiency, Judge Simon said, and was worse because Defendants provided it after the close of expert discovery.

The Magistrate asked whether expert deadlines also should be extended.

The parties communicated among themselves, with Defendants' counsel indicating they wanted expert deadlines extended and Plaintiff's counsel objecting unless Defendants provided a specific reason for extending those deadlines.

As a result, at the time the Court entered the scheduling order, November 6, 2017, Defendants' counsel knew that the Court and Plaintiff's counsel didn’t believe that expert discovery deadlines had been extended.

Further, even if in November 2017 Defendants' counsel believed that expert discovery had impliedly been extended, on January 30, 2018, Plaintiff's counsel expressly stated that it had not, the judge said.

At that time, Defendants didn’t seek clarification from the Court or move the Court to extend expert discovery deadlines.

Additionally, when the parties reported on May 8, 2018, that the settlement was unable to be finalized, Defendants should’ve supplemented their disclosure.

In their response to the objections to the Magistrate's Opinion and Order, Defendants noted that Plaintiff had access to documents from a different litigation that provides some information on Defendants' damages in the pending case.

In their response to the motion for sanctions, Defendants identified “a handful” of documents, most of which were produced in this case, that Defendants assert are relevant to damages.

The problem, however, was that Defendants didn’t identify these documents to Plaintiff as being relevant to damages during the discovery period, the judge said.

Plaintiff wasn’t obligated to “scour the entirety of Defendants' document production to try to determine what documents might be relevant to damages.”

Further, Judge Simon held that Plaintiff wasn’t required to figure out that documents produced in a different lawsuit are relevant to Defendants' damages, even if Plaintiff has access to those documents, as he does here. Rule 26(a)(1)(A)(iii) requires disclosure of damages calculations and identification of the underlying documents.

Similarly, after Defendants identified that damages were going to be disclosed through an expert witness, Defendants never changed that disclosure to lay witnesses, nor did Defendants specifically identify which lay witnesses would testify about damages. And in disclosing lay witnesses and their relevant information, the information disclosed wasn’t clearly related to damages.

These disclosures weren’t reasonably related to damages on Defendants' counterclaims, particularly when Defendants specifically stated that damages would be through expert testimony.

Defendants failed to comply with Rule 26(a)(1)(A)(iii), the judge held, and their failure to comply was not substantially justified or harmless.

Defendants offered no justification, other than the "unique posture" of this case, having settled and then the settlement failing.

Further, Defendants' insufficiency began with the very first disclosure and continued for more than two years from that point.

Additionally, the timing of the settlement and its later failure provided enough time for Defendants to supplement their initial, insufficient disclosure. If Defendants could now identify the lay witnesses they would rely on for damages, the judge would need to reopen discovery to allow Plaintiff to depose those witnesses. That renders the failure not harmless, Judge Simon stated.

Judge Simon agreed with Magistrate Papak that dismissing Defendants' counterclaims as a sanction for Defendants' failure to comply with Rule 26(a)(1)(A)(iii) and 26(e) would be too harsh.

The Court agreed with Plaintiff that application of the "self-executing, automatic" evidentiary exclusion of Rule 37(c)(1) was appropriate.

The judge noted that Defendants failed timely to provide any analysis or computation of damages, identify the documents relating to damages, and supplement their initial disclosures and response to Interrogatory No. 5. Accordingly, the Court excludes all evidence of damages relating to Defendants'  counterclaims.

The Court disagreed with Plaintiff's contentions, however, that excluding all evidence of damages requires dismissal of all of Defendants' counterclaims.

Defendants were excluded from introducing any and all evidence of damages relating to Defendants' counterclaims.