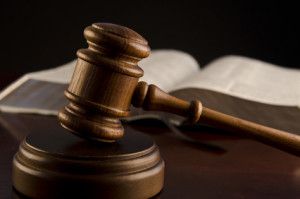 Arizona Rule of Evidence 615 ("the Rule") provides that a trial court, at a party's request, "must order witnesses excluded so that they cannot hear other witnesses' testimony."

That rule was called into question recently when a patient sued her doctor of chiropractic for medical malpractice.

Each party hired two expert witnesses to testify at trial.

Plaintiff retained a medical expert (Dr. B) to opine as to whether Defendant's chiropractic adjustment complied with the applicable standard of care; and Dr. L as his causation expert.

Defendant hired a standard-of-care expert (Dr. I) and a causation expert (Dr. H). During pretrial discovery, both parties submitted disclosure statements relating to their respective expert witnesses as required by Arizona Rule of Civil Procedure 26.1(a)(6).

Before any witness testified, the court (with both parties' agreement) invoked the Rule excluding any prospective trial witnesses from the courtroom during other witnesses' testimony.

In her case-in-chief, Plaintiff presented expert testimony from Drs. B and L.

Before testimony resumed, Plaintiff's counsel learned that Defendant's counsel had also given its standard-of-care expert with a transcript of Plaintiff’s medical expert's trial testimony.

The trial court found that, although Defendant's counsel didn’t act in bad faith, his counsel and Dr. I violated the court's order.

In determining an appropriate remedy for the violations, the trial court didn’t presume prejudice, but instead placed the burden on Plaintiff to show actual prejudice.

Finding that Plaintiff hadn’t established any prejudice, the court denied her requests to strike Defendant’s causation expert's testimony and to preclude Defendant’s standard-of-care expert from testifying.

Although the trial judge allowed the expert to testify, the court indicated that Plaintiff could request that portions of his testimony be stricken if his opinions at trial varied from those in his deposition.

The trial court also indicated that if Defendant had asked, the court probably would have excepted both sides' expert witnesses from the Rule.

Lastly, the trial court provided the jury with two curative instructions relating to Defendant's violations of the Rule.

The jury returned a verdict for Defendant, and Plaintiff moved for a new trial based on, among other things, Defendant's violations of the Rule.

The trial court denied the motion, finding that "the corrective instructions given during trial to the jury along with the opportunity for cross-examination prevented actual prejudice to Plaintiff."

The court held "that, by its terms, Rule 615 does not automatically exempt expert witnesses from exclusion," but a superior court may nevertheless "exercise its discretion" under Rule 615(c) "to allow an expert witness to observe other testimony (or to review transcribed testimony)."

The court reasoned that although no "blanket exemption for experts" exists, Rule 615 authorizes a trial court "to allow an exception to exclusion if a party 'shows' the witness's presence to be essential."

Because "Defendant's counsel did not request that the court exercise its discretion to allow an exemption for expert witnesses," however, the court of appeals concluded that "the superior court did not err by finding that Defendant violated Rule 615 by providing trial transcripts to the defense experts without first requesting exemption from exclusion."

Vice Chief Justice Pelander, who wrote the opinion of the court, explained that Arizona's Rule 615, which parallels Federal Rule of Evidence 615 in all material respects, provides that "[a]t a party's request, the court must order witnesses excluded so that they cannot hear other witnesses' testimony. Or the court may do so on its own." (emphasis added).

One of the Rule’s exceptions to exclusion is Rule 615(c): a court is not authorized to exclude "a person whose presence a party shows to be essential to presenting the party's claim or defense."

The Court stated that the purpose of Rule 615 is to prevent witnesses from “tailoring” their testimony to that of earlier witnesses and to aid in detecting testimony that is less than candid.

Because the Rule does not differentiate between types of witnesses, it applies to both expert and fact witnesses.

Thus, the court of appeals correctly held that, "by its terms, Rule 615 does not automatically exempt expert witnesses from exclusion."

The Court agreed with the lower courts that Defense counsel's conduct in providing the transcribed trial testimony of Plaintiff's experts to Defendant's expert witnesses before their testimony violated the purpose and spirit, if not the express terms, of Rule 615.

Although the Rule expressly only prohibits witnesses from "hear[ing] other witnesses' [trial] testimony," the Rule's purpose would be frustrated if a prospective witness were permitted to read other witnesses' trial testimony.

Justice Pelander said that the primary issue, then, is identifying which party should bear the burden of proving the existence, or absence, of prejudice from a violation of the Rule.

Plaintiff argued that Defendant's violations create a presumption of prejudice.

Like the courts below, however, the Supreme Court concluded that no such presumption applies in this case.

As the court of appeals observed, "[n]o presumption of prejudice is generally necessary in the context of purely expert witnesses because disclosure of their expert reports and pretrial depositions establish a basis for assessing actual prejudice in the form of altered opinions."

Here, there was no indication that either of Defendant's expert witnesses materially altered their opinions based on their review of the other experts' prior testimony, or that their trial testimony varied from their prior reports or deposition.

Justice Pelander agreed with the court of appeals that the trial court "did not abuse its discretion in assessing the impact of the Rule 615 violations or in fashioning an appropriate remedy."

In light of the jury instructions the trial court gave, the opportunity Plaintiff was afforded to show that the defense experts' testimony was altered or affected by Defendant's violations of the Rule, and the lack of any demonstrated prejudice, the trial court didn’t abuse its discretion in denying Plaintiff's request to strike or preclude their testimony.

Nor did the court abuse its discretion in denying Plaintiff's motion for a new trial, Justice Pelander said.

The Arizona Supreme Court addressed one other point relating to one of the exceptions to Rule 615's general exclusionary rule. The Rule "does not authorize excluding . . . a person whose presence a party shows to be essential to presenting the party's claim or defense."

This exception "contemplates such persons as . . . an expert needed to advise counsel in the management of the litigation."

Generally, a trial court has discretion under Rule 615(c) in determining whether a particular witness's presence is "essential" and in permitting an expert witness to hear (or read) other witnesses' testimony.

Expert witnesses are not automatically exempt from the general rule of exclusion in Rule 615.

And, as the court of appeals correctly observed, before a trial court exempts a witness from the general rule of exclusion under Rule 615(c), the party "requesting the . . . exemption [must] make 'a fair showing' that 'the expert witness is in fact required for the management of the case.'"

This requirement appropriately balances Rule 615's text and the policy in favor of sequestration with a party's need to exempt from a court's exclusion order any witnesses whose presence (or reading of prior testimony) is essential to presenting the party's claim or defense.

The request and showing under Rule 615(c) must be made before, not after, a party engages in conduct that would otherwise violate a court's exclusion order, that is, before having a witness hear, or read, other witnesses' trial testimony.

Although Defendant failed to properly or timely request an exemption for his expert witnesses under Rule 615(c), that failure doesn’t undermine the trial court's appropriate handling of the Rule 615 issue or its fashioning a suitable remedy for Defendant's violations in this case.

The trial court's judgment and order denying Plaintiff's motion for a new trial was affirmed.

The Arizona Supreme Court held that the Rule, when invoked, prohibits a party from providing prospective trial witnesses with transcripts of prior witnesses' trial testimony.

Further, however, a violation of this prohibition is not presumptively prejudicial in a civil action; but even when no prejudice is shown, the trial court must take some corrective action by tailoring an appropriate remedy under the circumstances.

Finally, the Court held that although expert witnesses are not automatically exempt from the Rule, under Rule 615(c), a trial court must permit a witness to hear (or read) a prior witness's testimony if a party shows that such an exception is essential to that party's claim or defense.