Avoiding Disqualification of Expert Witnesses from Conflict of Interest 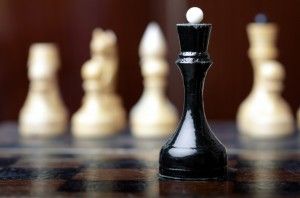 An attorney’s worst fear may be realized in cases where a critical expert witness is disqualified from giving testimony because of a conflict of interest.

Although the courts are reluctant to take such drastic measures, experts and their potential conflicts is enough of an issue to have been litigated and discussed as an important ethical issue.

The good news for attorneys is that disqualification is generally seen as a last resort by judges.

However, attorneys should be aware of the exceptions that exist and the situations that would risk judicially mandated disqualification of experts.

Not only is the expert responsible for acting ethically by avoiding conflicts of interest, but there are implications for lawyers as well. Specifically, an attorney’s obligation to competently represent their client and reasonably expedite litigation “could be [ethically] implicated if an expert is disqualified.” Michael Downey, “Ethical Issues Associated with Expert Witnesses,” Professionalism Perspectives: The Newsletter of Lawyers’ Professionalism and Ethics, Jan. 14, 2015 (citing ABA Model Rules 1.1 & 3.2).

There are three primary standards that are generally utilized in order to determine whether an expert, due to a conflict of interest, ought to be disqualified from assisting an attorney and client. See In re Malden Mills Indus., Inc., 275 B.R. 670 (D. Mass. 2002).

The bases for disqualification consist of:

Whether it is objectively reasonable for the party seeking disqualification to believe a confidential relationship existed between that party and the expert; and if so, whether the party seeking disqualification disclosed confidential information to the expert. Id., at 673 (citing Paul v. Rawlings Sporting Goods Co., 123 F.R.D. 271, 279 (S.D. Ohio 1988).

In order for an expert witness to be disqualified, the answers to both parts of this test must be affirmative. Id.

To prove the first element, the party that seeks disqualification is required to prove that expert witnesses knew that the relationship with the party who first hired them was confidential.

The first element is considered to have been met if the circumstances are such that the expert and the party seeking disqualification had a long-term relationship and confidential information, which pertained to the litigation, was revealed to the expert. See Downey, supra.

To meet the second element, if the confidential information that was shared with the expert was of “particular significance” or can be “readily identified” as being part of an attorney’s work-product or attorney-client privilege, disqualification is appropriate. See Malden Mills at 673, Paul at 279.

2. Affiliation with an Expert for the Opponent

The second way in which an expert may be disqualified deals with the expert’s relationship with an expert on the opposing side.

The focal point still revolves around whether confidential information was or will be shared, “but this time the concern is that the experts may serve as conduits for such information.” Id.

To make a determination of whether disqualification is appropriate under this second test, courts consider whether there is any indication that “any substantive information about the case has been exchanged between the affiliated experts.” Malden Mills, at 673.

The fact that one expert is employed by the same company as their opposing expert is not, in itself, grounds for disqualification. Instead, the courts are interested in what the specific relationship was between the experts and what information, if any, was shared between them.

3. Preserving the Integrity of the Judiciary

The third test for disqualification applies in situations where a judge feels that an expert witness should be disqualified to “preserve the integrity of the judicial system.” Id. at 673-74.

Courts generally use this test as a supplemental reason for disqualifying an expert witness. Downey, supra.

However, this test is the least utilized of the three tests. Perhaps the test’s rare application is due to criticisms of it as being “so nebulous, when applied to an expert witness’ role, that a moving party might gain an unfair tactical advantage if courts are quick to disqualify experts without requiring a showing of a particular need to do so.” Id. at 674.

Thankfully, disqualification of experts due to conflicts of interest is something that the courts have a strong presumption against doing.

There are cases, however, in which disqualification is appropriate and does occur. Attorneys should be aware of these cases not only to protect their investment in their expert but also in order to act ethically, safeguarding their clients’ rights by using due diligence to proactively check with experts for potential conflicts before retaining them. Such a preemptive approach will nearly guarantee that the expert will not be disqualified and will thereby prevent unexpected disappointments for attorneys and their clients.