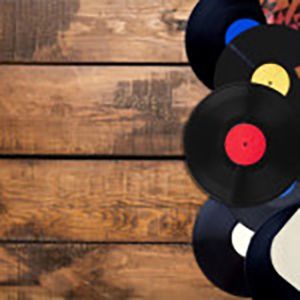 Intellectual property (IP) attorneys are frequently overwhelmed when trying to keep up with the pace of technological innovation, so it comes as no surprise that boutique firms have emerged to focus on particular trends. Within the umbrella of IP law, copyright issues have sometimes taken a backseat to other legal questions, such as what can be patented, or whether a trademark is generic enough to be imitated. However, copyright questions will continue to be raised, and a new breed of expert witnesses is the subject of a recent multimillion-dollar verdict. See, e.g., Andy Hermann, “Beyond ‘Blurred Lines’: How Forensic Musicology Is Altering Pop’s Future,” Rolling Stone, Apr. 4, 2018.

Music is one area in which copyrights are often at issue, and lucrative amounts of money are on the line when legal questions arise over highly popular songs.  For example, in 2013, the music industry was literally shaken up when the Billboard top hit, “The Harlem Shake,” was the subject of litigation concerning whether its use of sampling certain music was a copyright violation. See, e.g., Dorian Lynsky, “Harlem Shake: could it kill sampling?” The Guardian (Mar. 13, 2013). Ironically, the producer of the “Harlem Shake” has recently threatened legal action against the Federal Communications Commission (FCC) because the FCC used a clip of the song in an informational video. See, e.g., Brian Fung & Hamza Shaban, “5 crazy things that happened as the FCC voted to undo its net neutrality rules,” The Washington Post, Dec. 15, 2017.

This article examines certain copyright issues that are becoming common in the music industry and discusses how forensic musicologists, a relatively new type of expert witness, have become indispensable in resolving such matters.

According to some analysts, the presence and role of forensic musicologists were perhaps first made publicly known in 2015, when the song “Blurred Lines” was involved in a legal controversy that involved copyright infringement allegations and a sizeable amount of money. See, e.g., Andy Hermann, 345 supra. In March of 2015, a jury awarded the estate of Marvin Gaye several million dollars based on its finding that “Blurred Lines” used parts of Gaye’s prior recording without receiving permission or compensation from the artist’s estate. See id.

As one music commentator explains, “[T]he ‘Blurred Lines’ verdict – which was upheld by an appeals court in March – might mean an even bigger windfall for those working in the little-known field of forensic musicology.” Id.

The discipline of forensic musicology has existed for longer than many members of the legal profession or lay community realize. See id. One expert noted that despite her having been a forensic musicologist for over 20 years, the past few years have been her busiest ever. See id. There are two reasons why forensic musicologists are worth paying close attention to for the IP community, particularly for attorneys in the copyright and entertainment industries.

First, litigation requiring the level of expertise that a forensic musicologist brings to the table is on the rise. See id. As one entertainment lawyer articulates, “Since the 'Blurred Lines' case, there has been an increase in calls to lawyers from clients along the lines of, 'This sounds a little like this [other song]. What do you think?’ says…an entertainment lawyer…who has represented [several musicians] in copyright cases. ‘This has certainly increased the workload for working musicologists.’’’ Id.

A second reason why lawyers may wish to familiarize themselves with the skills of forensic musicologists is that not only are cases like the “Blurred Lines” decision on the rise, but experts of this type are proving themselves invaluable. See, e.g., id. One analyst has expressed that experts in forensic musicology are particularly important right now because “the ‘Blurred Lines’ verdict has…generated a great deal of uncertainty in the music industry over where the line between inspiration and imitation now lies – and, for copyright attorneys and forensic musicologists alike, that can translate to a lot of new business.” Id.

The job of forensic musicologists is quite scientific, and attorneys may wish to become better acquainted with what these experts can accomplish. Meticulous comparisons are made by these musicologists, and “[w]hen a music copyright lawsuit is filed, both parties will usually call in a forensic musicologist to provide a detailed analysis of the two songs in question, examining everything from lyrics, melodies and rhythm to arrangement of instruments, chord progressions and harmonic elements. If an uncleared sample is suspected, an expert may even perform spectrogram analysis, looking at each song's waveform for ‘digital fingerprints’ that could reveal a sample's presence.” Id.

As those who have been following copyright and entertainment law trends have expressed, forensic musicology is a rather precise practice, and both plaintiffs and defendants will wish to retain experts in the field to further their legal arguments. See, e.g., id. In some ways, the increase in claims of this type is unsurprising—the more advanced technology becomes, the more advanced the tools to measure it. In the instance of forensic musicologists, these expert witnesses are somewhat akin to their counterparts who assist with DNA evidence. However, rather than assessing whether individual genetics or the shape and pattern of a fingerprint are a match in a given case, forensic musicologists collect and correlate “digital fingerprints” to determine whether one musician has lifted the work of another. Given the publicity, monetary value, and uptick of such copyright infringement suits, litigators should pay careful attention to the work of forensic musicologists and, for those in the field, such experts may hold the key to a verdict that will provide clarity in a world of “Blurred Lines.”