Business Records & Expert Witnesses: What Attorneys Should Know About the Shifting Burden of Proof & FRE 803(6) 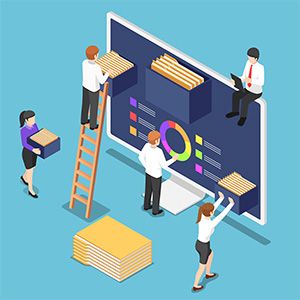 The Federal Rules of Evidence have long provided myriad hearsay exceptions, in cases when testimony is introduced. One of the most important hearsay exceptions, particularly with respect to expert witness testimony, is the “business records” exception. FEDERAL RULES OF EVIDENCE (FRE) 803(6). Although many attorneys have an extensive level of familiarity with FRE 803(6) and the business records exemption, trends indicate that the burden of proof has changed, significantly affecting each litigator’s practice and every expert witness who relies upon business records to assist jurors in understanding testimony.

Business records can consist of many different notations and documents, from police reports, to a corporation’s quarterly statement for its shareholders, to logs pharmacists keep to document purchases of “controlled” over-the-counter substances, such as pseudoephedrine. Because of their nature, business records frequently are used by expert witnesses who testify before a court. As such, every expert needs to be prepared by an attorney as to how to utilize such records in a way that will pass judicial muster.

The generally recognized requirement for the introduction of business records is “trustworthiness.” See “Prospective: Ten Key 2013 Evidence Issues,” Federal Evidence Review (Jan. 7, 2013). Prior to 2012, the party offering a business record into court was required to prove that the record was trustworthy, and this was considered a rebuttable presumption, with the proponent of the evidence carrying the burden of proof. See “Public Comment Sought on Trustworthiness Requirement for FRE 803(6), FRE 803(7), and FRE 803(8) (Part II),” Federal Evidence Review (Aug. 17, 2012).

However, in 2012, an amendment to the Federal Rules of Evidence, concerning the hearsay exception regarding business records was recently approved and public comment was invited. See id. As a team of watchdogs, who discuss and alert attorneys to new developments relating to evidentiary issues noted, “The amendment would clarify who holds the burden of proof to show lack of trustworthiness.” See id. The amendment shifts the burden of proof in a way that may be to the benefit of attorneys utilizing business records in their experts’ testimony. As the Federal Evidence Review Committee expressed, “Under the proposed amendment, once the proponent of the business or public record satisfies the requirements for admission, the opposing party holds the burden to establish a lack of trustworthiness. While many courts already apply this burden, the amendment would clarify this issue.” Id. The proposed amendment was approved for publication by the United States Judicial Conference on Rules of Practice and Procedure in June 2012. Id. On July 29, 2013, The Federal Magistrate Judges Association (FMJA) unanimously approved the proposed amendment, indicating an important change in how attorneys, judges, and expert witnesses should view the burden of proof under FRE 803(6). “51st Annual Convention—San Diego, California,” FMJA (Jul. 29-31, 2012).

So, what does the “new” trustworthy requirement translate into for practitioners and their experts? The meaning is clear: So long as a district court judge deems a record “trustworthy,” the burden is no longer on the party introducing the evidence. Rather, as the FMJA noted, “These rules have been amended to make clear that the burden of proving untrustworthiness of records…is on the party who opposes introduction of such evidence.” Id., emphasis added. Therefore, as long as attorneys retain experts whose records and documentation, charts, test results, and the like are initially deemed trustworthy, the evidence will be admitted. If opposing counsel objects to the admission of such evidence, the burden of proof shifts, placing the opponent in a situation where he or she has to prove that the records are “untrustworthy.” No longer do attorneys need to concern themselves with such a stringent standard for the introduction of business records: Accounting experts with trustworthy reports, Forensics experts with reliable studies, and business leaders with records of regularly-conducted shareholders meetings, among other experts and their attorneys, can rest assured that once a business record is approved, a judge will presume it both reliable and trustworthy.

This new standard opens up a wide range of possibilities for attorneys and their experts, as “business records” can mean anything from records or documentation of certain actions taken, plans, expert opinions, and diagnostics, to any evidence that would be an otherwise admissible hearsay exception as a business record under FRE 803(6). As the Federal Rules themselves indicate, a business record is anything that is a: record of an act, event, condition, opinion, or diagnosis if: (A) the record was made at or near the time by — or from information transmitted by — someone with knowledge; (B) the record was kept in the course of a regularly conducted activity of a business, organization, occupation, or calling, whether or not for profit; (C) making the record was a regular practice of that activity; (D) all these conditions are shown by the testimony of the custodian or another qualified witness… . Federal Rules of Evidence 803(6), Fortunately, no truly adverse public comment on the amended rule was made, and the window for comments expired on February 15, 2013. See “Public Comment Period Expiring On Amendment To Trustworthiness Requirement For FRE 803(6), FRE 803(7), and FRE 803(8) (Part III),” Federal Evidence Review (Feb. 4, 2013). Since then, many state courts have incorporated the latest version of FRE 803(6), and further, it has been noted that the availability of the declarant or expert witness is now considered immaterial. See, e.g., “28 USC App Fed R Evid Rule 803: Exceptions to the Rule Against Hearsay-Regardless of Whether the Declarant Is Available as a Witness” (May 1, 2013).

The new amendment has officially gone into effect as of May 1, 2013, so attorneys and their experts need to be aware of and take advantage of the more lenient standards for admitting reliable expert witness testimony. In addition, because it is now considered irrelevant whether or not the party giving testimony is available to make statements in court, attorneys have been given additional leverage for their expert witnesses whose trustworthiness is assured. Where does this leave the legal community? The courts seem both aware of and satisfied with the amendments, which are now in effect. Litigators need only to ensure that they retain reliable and trustworthy experts, and the legal presumption will change, placing the burden of proof on opposing counsel and making experts all the more important in litigation.