How to Calculate Damages in Patent Infringement Disputes 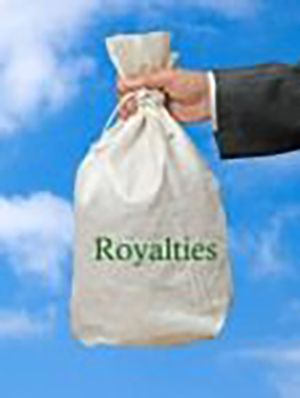 Compensatory damages in patent infringement cases are generally based upon reasonable royalties, lost profits, price erosion, and in some cases, a combination. Pursuant to 35 U.S.C. 284, which provides in part, “Upon finding for the claimant the court shall award the claimant damages adequate to compensate for the infringement, but in no event less than a reasonable royalty for the use made of the invention by the infringer, together with interest and costs as fixed by the court.” As such, in cases where a claimant can prove, or elects to prove lost profits, this method will be applied. However, in matters where a claimant cannot prove, or elects not to prove lost profits, compensatory damages can be assessed based upon reasonable royalties.

Lost profits have traditionally been the preferred calculation method for litigants, because this method typically results in higher damage awards. However, because this method is often a more burdensome approach, both in terms of complexity in the calculation and expense, the use of the reasonable royalty method far outweighs other calculation methods. In PWC’s 2012 Patent Litigation Study, data showed that from 2006 to 2011, the lost profit method was used 32.2% of the time, in comparison to the use of the reasonable royalty method 81.9%. This data further provided that the price erosion method was only used 1.7% of the time during this same time period, representing a significant reduction from its usage rate of 8.5% in the period from 1995 to 2005.

Lost Profit Damages requires a ‘but-for’ causation analysis, meaning that but-for the infringement, the patent holder would have made the sales that the infringer made and/or ultimately profited from. The generally accepted test used to establish but-for causation in lost profit damages of infringement disputes is based upon a ruling in Panduit Corp. v Stahlin Bros Fibre Works, 575 F.2d 1152 (6th Cir. 1978). Under the Panduit test, the patentee must prove: (1) Demand for the patented product; (2) Absence of acceptable non-infringing substitutes; (3) Manufacturing capability to exploit the demand; and (4) The amount of profit the patentee would have made. Although the Panduit test is the predominantly accepted test, it is not the exclusive test, and therefore each dispute should be analyzed on a case by case basis to determine the most suitable evaluative technique.

Price Erosion damages apply in circumstances where the patent holder is forced to either offer discounts, or lower its prices, as a result of the infringement. As provided in the aforementioned PWC study, “globalized competition, turbulent economic conditions, and the cost and complexity of price erosion analyses have reduced the recovery (and most likely pursuit) of price erosion claims.” Despite the decline in its use, practitioners are cautioned to examine its potential application prior to rejecting its use, because, although price erosion damages are typically associated with an award of loss profits, such award is usually awarded in addition to other damages. Consequently, even though it can be costly to analyze price erosion, due to its direct relation with lost profits, consideration of such damages, in the very least, is necessary in circumstances where it has the potential to greatly impact an award amount.

By far, reasonable royalties is the principal method of damage calculation in patent infringement disputes. This can be partially attributed to the fact that this method is available to a greater variety of claimants, such as non-practicing entities, or other patent holders that either have no profit, or are unable to prove a loss in profits. In addition, this method can be more cost effective, and if presented in a proper manner based upon proper calculation techniques, can be easier to establish. The key to this approach, from a practitioner perspective, however, is understanding precisely what the term ‘proper calculation technique’ means, in terms of royalty damages.

In comparison to the more clearly defined calculation methods for lost profits, there are no definitive rules for establishing royalty damages, in terms of determining what is reasonable, or ‘adequate compensation.” Various methods, including the 25 Percent Rule of Thumb; Georgia-Pacific Factors, Nash Bargaining Solution, as well as other analytical based approaches have been both accepted and rejected amongst varying jurisdictions.

Therefore, ascertaining a royalty damage figure, requires an initial assessment of which method, or combination of methods, are more likely to be accepted by the trier of fact, while also keeping in mind the presence of statutory authority granting judicial discretion to increase an award by as much as three times.