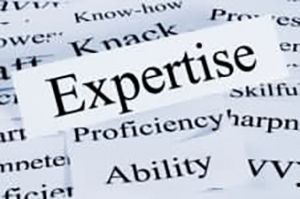 Civil litigators in California and their California expert witnesses are bound by the California Evidence Code.

One of the most difficult matters to understand pertains to hearsay evidence, particularly in the context of expert testimony.

This article examines the permissibility of hearsay evidence by expert witnesses in the California courts, using the California Evidence Code (CEC) as a guide.

According to the California Evidence Code, ‘[h]earsay evidence’ is evidence of a statement that was made other than by a witness while testifying at the hearing and that is offered to prove the truth of the matter stated. CEC § 1200(a).

As a general rule, hearsay evidence is considered inadmissible in court, but there are various exceptions, especially with respect to expert witnesses.

The rationale for allowing experts to rely on certain types of hearsay evidence is that experts, who are utilized in order to provide opinions and conclusions (as opposed to fact witnesses, who tend to be lay persons), base their opinions on data they’ve collected in their field.

For example, a person becomes an expert by virtue of having studied certain matters in-depth, read and familiarized themselves with the views that prevail in the field, published their own reports based on raw data, etc.

Accordingly, courts recognize that, in providing testimony, experts will often rely upon what they have read, studied, and been familiarized with, which often translates into reliance on the work of other experts.

An expert’s opinions may be based upon matters perceived by … the witness … before the hearing, whether or not admissible” if of a type that experts reasonably rely upon in forming such opinions. Ilya Frangos, Hearsay: When can a Medical Expert Rely on Hearsay Evidence? , Avvo.com, May 26, 2013 (citing CEC § 801(b)).

Reasonable reliance is also the standard used by the Federal Rules of Evidence (FRE), although courts differ as to how to interpret it. See FRE Rule 703.

It is difficult to determine when an expert has met the standard of reasonable reliability, depending upon hearsay evidence for testimony.

California offers some guidance in this respect, with the Evidence Code asserting that a court may exclude from an expert’s testimony any hearsay matter whose irrelevance, unreliability or potential for prejudice outweighs its proper probative value. Frangos, supra; CEC § 352.

Thus, it becomes the job of attorneys to figure out in what instances their own experts or opposing experts have relied on hearsay in such a way that the testimony should be excluded.

In California, attorneys have two avenues in which to seek exclusion of expert testimony based upon the grounds that it relies upon or contains inadmissible hearsay:

First, a judge may exclude such testimony by deeming it unreliable. See Frangos, supra.

However, even if a judge admits the evidence, litigators may persuade a jury to exclude the hearsay evidence.

In fact, the fact that the judge allows the expert to give his or her opinion does not end the matter. The jury determines whether the expert’s opinion is based upon reliable information. Id. (citing CEC § 405(b) (2); People v. Stoll, (1989) 49 Cal. 3d 1136, 1155, (a jury may reject expert’s opinion testimony if it questions matter upon which expert’s conclusions were based.).

Moreover, attorneys have more than one option in attempting to exclude expert testimony on hearsay grounds.

Motions to exclude such testimony are common, but lawyers can also seek and obtain limiting instructions regarding hearsay evidence.

The California courts have made it clear that when an expert relies upon inadmissible or unreliable hearsay evidence, attorneys can request the court to advise jurors that such evidence cannot be considered for its truth, but only for the limited purpose of showing the basis of the expert’s opinion. Id.

When expert witnesses rely upon hearsay evidence in their expert testimony, a number of legal issues arise.

Attorneys in California should be aware of the ways in which they can challenge such testimony, as well as how to prove or disprove the reasonable reliability standard.

Learning these nuances of the California Evidence Code will provide additional avenues for challenging expert testimony.