Can a “Hybrid” Liability Expert Testify in His Law Firm’s Own Malpractice Case? 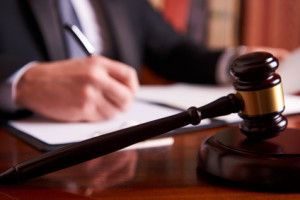 Last fall, in a lawsuit concerning a land-sale transaction, Defendants disclosed two witnesses whom they claimed would provide “hybrid” expert testimony. The defense witness at issue was the founder and managing partner of a law firm (“Partner”). Plaintiff sought to exclude him as a “Hybrid” liability expert. Plaintiff argued that he wasn’t a true “hybrid” fact-expert and that Defendants failed to comply with Rule 26(a)(2)(B).

Defendants’ disclosure stated that Partner was to provide opinion testimony regarding whether an attorney‘s representation of Plaintiff met the standard of care. Partner could also opine, based on his experience in understanding energy companies’ financial viability, that the contracting company’s 2016 bankruptcy was unforeseeable because it appeared to be financially sound in 2011. Finally, Partner could opine, based on the attorney’s notes, billing records, and other case file documents, that the attorney thoroughly discussed every aspect of the transaction with Plaintiff, and that every critical aspect of the transaction was discussed with, explained to, and understood by Plaintiff.

Partner was deposed as a fact witness in the case. He practiced law in Wyoming for 35 years, primarily in the energy and natural resources field. As the managing partner of the law firm, he testified that he was, to some degree, aware of and involved in, all firm projects.

The judge explained that pursuant to Rule 26(a)(2)(B)(i)-(ii), experts who are “retained or specially employed to provide expert testimony in the case or one whose duties as the party’s employee regularly involved giving expert testimony” must prepare a report that contains, among other things, “a complete statement of all opinions the witness will express and the basis and reasons for them” and “the facts or data considered by the witness in forming them.” She went on to explain:

In 2010, Rule 26(a)(2)(C) was added to resolve tension about when an expert report is required. Subsection C requires certain disclosures regarding an expert witness who is not required to provide a written report. Specifically, if a witness is not required to submit a written report under (B), the disclosure “must state: (i) the subject matter on which expert is expected to present evidence []; and (ii) a summary of the facts and opinions to which the witness is expected to testify.”

Judge Watters said Partner didn’t have “carte blanch to testify at will.” As a hybrid/expert witness, he was required to testify from the personal knowledge he gained from the job. She said that courts have repeatedly  found that witnesses who are otherwise exempt from subsection (B)’s report requirement, e.g. treating physicians and party employees, aren’t exempt to the extent their opinions exceed their percipient knowledge or were formed for the purposes of litigation.

The judge explained that courts considering whether expert witnesses are non-retained or retained have found the nature of the expert’s testimony particularly important: when an expert is to offer testimony limited to his or her percipient knowledge, i.e., knowledge and opinions formed at the time an earlier evaluation or report was made, the expert is treated as a non-retained expert. Where the witness’s testimony relies on information beyond his or her percipient knowledge, the witness is treated as a retained expert. As such, courts have limited the exemption from Rule 26(a)(2)(B) to the expert’s percipient opinions.

Partner intended to testify on a number of topics outside his personal knowledge obtained while working at his law office during the sale. The opinions in Partner‘s disclosure — that the attorney‘s representation of Plaintiff met the standard of care, that the company’s bankruptcy was unforeseeable, that the attorney discussed every aspect of the land-sale transaction with Plaintiff, that Plaintiff understood the various components of the transaction and was engaged throughout the process—must be presented as expert opinions, established after the events at issue, because Partner didn’t have percipient knowledge of them.

Partner testified a year ago that he wasn’t involved with the attorney and Plaintiff or their communications with each other, didn’t have any percipient knowledge of the attorney‘s conduct or Plaintiff‘s conduct or understanding during the transaction. As a result, Partner formed his opinions after he read the case file. Likewise as to his opinion on the company’s bankruptcy potential. Judge Watters found that Partner‘s opinions were largely based on work Partner performed after the sale and solely for the purposes of the litigation and not during the ordinary course of his employment. Thus, she held that his disclosed opinions were subject to Rule 26(a)(2)(B). Because Partner‘s Rule 26(a)(2)(C) disclosure didn’t include “a complete statement of all opinions the witness will express and the basis and reasons for them,” the judge held that his expert disclosure was insufficient under Rule 26(a)(2)(B).

The judge noted that “[w]hen a party fails to make the disclosures required by Rule 26(a), the party is not allowed to use the witness to supply evidence at trial unless it establishes that the failure was substantially justified or harmless.” Judge Watters said that Rule 37 “gives teeth” to Rule 26’s disclosure requirements by forbidding the use at trial of any information that’s not properly disclosed.” Generally, the exclusion penalty is “self-executing” and “automatic.”

Under Rule 37(c)(1), she explained, preclusion of evidence is neither mandatory, nor the only sanction the court may consider. Rule 37(c)(1) explicitly provides that in addition to or instead of preclusion, the court may order the following sanctions: (1) the payment of reasonable expenses including attorney’s fees caused by the failure; (2) an instruction informing the jury of the party’s non-compliance; and (3) any “other appropriate sanctions.” The party facing sanction has the burden of showing  that any failure to disclose is substantially justified or harmless.

Judge Watters found that a reasonable person with access to Westlaw would not certainly conclude that Defendants were justified in disclosing Partner under subsection (C).

Nevertheless, Judge Watters agreed with Defendants that their violation of Rule 26(a)(2)(B) didn’t cause prejudice to Plaintiff or any unfairness in the trial, because trial hadn’t yet occurred. Although Defendants didn’t strictly comply with the requirements of the rule by the disclosure deadline, they did timely serve a Rule 26(a)(1)(C) report containing information regarding Partner‘s background and a short statement of the opinions he was to provide. Plaintiff had notice of his opinions and the general basis for those opinions before the close of discovery. As a result, the judge held that Partner‘s testimony wouldn’t be excluded, but his testimony would be “abbreviated.”

Because Partner‘s disclosure didn’t comply with Rule 26(a)(2)(B), Judge Watters said that he would be precluded from offering retained expert opinions, or opinions that were formed after the fact of the sale transaction, exclusively for litigation. Because Partner was disclosed as a hybrid-witness, his testimony would be allowed only to the extent that it comported with the law on hybrid-witnesses—his testimony was to be limited to what he witnessed or experienced with the attorney, Plaintiff, and the company during the transaction that was the subject of the lawsuit—not from any information resulting from an “after-the-fact” examination of facts.

Plaintiff‘s motion was granted in part and denied in part.