Can a Non–Retained Expert Witness be Compelled to Testify at Deposition? 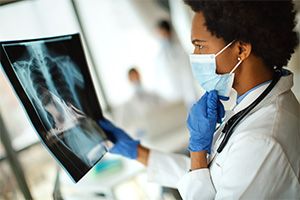 The above question was asked in litigation by workers who conducted restoration and removal work after the September 11, 2001 terrorist attack at the World Trade Center (WTC). The workers brought claims seeking compensation for injuries incurred by inhaling toxic fumes. The workers moved to compel deposition of expert witnesses and serve amended expert disclosures.

For the plaintiffs’ claims to succeed, they had to prove that the injuries they incurred were caused by their having breathed or ingested dust from the collapse of the WTC. The Plaintiffs asserted that certain physicians (the “Non–Retained Experts”) had unique knowledge of the effects of the WTC dust, but were unwilling to produce data or serve as expert witnesses on their behalf. After the close of discovery, Plaintiffs notified Defendants that they intended to call the Non–Retained Experts as expert witnesses. Several of these physicians were previously deposed during fact discovery, but the scope of their depositions was limited to the treatment of specific plaintiffs. Counsel for the physicians objected and instructed them not to answer questions calling for expert knowledge.

Plaintiffs were therefore unable to serve expert reports for the Non–Retained Experts. The medical experts were concerned about the amount of time they would spend away from their duties treating patients and conducting research, and the institution had concerns that expert testimony provided on behalf of the Plaintiffs would compromise its desire to be neutral in the WTC litigation. In addition, one doctor refused to cooperate with Plaintiffs because of a potential conflict of interest with the insurance companies that had hired him to conduct workers’ compensation examinations.

District Court Judge Alvin K. Hellerstein held that Plaintiffs’ abbreviated disclosures didn’t meet the requirements of Rule 26(a)(2) and ordered them to provide Defendants with expert reports pursuant to Rule 26(a)(2)(B) prior to any deposition. Admitting that Plaintiffs’ compliance with the order required the Non–Retained Experts’ cooperation, the judge granted Plaintiffs leave to file a motion to compel production of the Non–Retained Experts and the data underlying their opinions.

Plaintiffs moved for an order compelling the Non–Retained Experts to appear for depositions. They stated that they intended that the Non–Retained Experts provide expert testimony at trial that plaintiffs’ injuries were proximately caused by their work in buildings close to the WTC. In addition, Plaintiffs sought to supplement their abbreviated Rule 26(a)(2)(C) disclosures after the depositions in lieu of serving expert reports pursuant to Rule 26(a)(2)(B) prior to depositions.

Judge Hellerstein wrote that whether to compel a non-retained expert witness to produce documents or testify at a deposition is within the sound discretion of the District Court. As such, a court may compel with a showing of a “substantial need for the testimony or material that cannot be otherwise met without undue hardship” and assurance “that the subpoenaed person will be reasonably compensated.” The judge cited five factors from Kaufman v. Edelstein (CA 2 1976), which are used by most courts in determining whether to exercise this discretion:

The second factor weighed in favor of compelling the Non–Retained Experts’ testimony. Plaintiffs sought to have the physician experts testify to opinions previously formed during their research regarding the effects of the WTC dust on recovery workers, including the treatment of several thousand workers. Plaintiffs were not asking the Non–Retained Experts to form new opinions, but rather to relate their previously formed, and in many cases published, opinions regarding causation.

The judge found that the third and fourth factors weighed against compelling the testimony of the Non–Retained Experts. First, Plaintiffs retained experts in epidemiology and occupational medicine who were going to testify that the WTC dust was both capable of causing Plaintiffs’ respiratory disorders and that the dust did cause Plaintiffs’ disorders. The judge noted that one of these experts was to testify on Plaintiffs’ behalf that he had evaluated numerous 9/11 workers as part of a program for screening and treating patients exposed to the WTC dust; the other expert’s testimony was to encompass opinions on both general and specific causation—these were the very opinions Plaintiffs sought to elicit from the Non–Retained Experts.

There also was no dispute that the methodologies employed by the institution’s WTC Health Program, and conclusions it reached, were widely available in numerous publications. In fact, retained experts for both sides planned to rely on these publications. As a result, Plaintiffs failed to show that the testimony of the Non–Retained Experts—beyond that appropriately given by a treating physician—was unique or that comparable expert witnesses were unwilling to testify.

However, the judge stated that it was undisputed that the scope and detail of the research conducted by the institution’s was unparalleled, and that the case could only benefit from inclusion of the data underlying that research. Accordingly, the institution was ordered to produce all WTC Health Program data.