Can a Trade Secret Damages Expert’s Testimony be Denied? 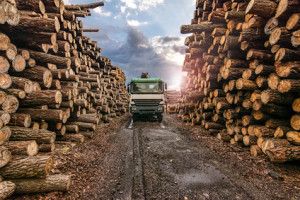 An expert’s testimony was in dispute in a case concerning a logistics company that specialized in the export of forest products. It operated from the Inland Port of Virginia (VIP). Leading up to its creation, Plaintiff‘s founders conducted research about transportation inefficiencies in the forest products market. Specifically, they found that the industry’s reliance on trucking, with greater weight restrictions and increased fumigation costs, was inefficient.

This research, and the experience gained over the first few years of Plaintiff‘s existence, led it to develop the “Shipper Savings Model” (SSM)—perhaps Plaintiff‘s most valuable trade secret. SSM’s “high level conclusions” were not unique, but its specific findings on savings were confidential. Plaintiff‘s model could only be conducted at this specific site at the VIP—any attempted  replication elsewhere would suffer from the same inefficiencies originally identified by Plaintiff.

Plaintiff began negotiations regarding a business relationship with Defendant, a supplier and manufacturer of hardwood, in February 2016. Defendant subsequently conducted a “test run” through Plaintiff‘s site at the VIP, and the parties exchanged information, including the SSM (after the signing of an NDA). Plaintiff made an offer for its purchase to Defendant. Defendant rejected the offer, but shortly after, Plaintiff‘s president at the time, resigned and went to work at Defendant. Plaintiff was unaware that Defendant was looking at taking over the VIP site for itself.

Plaintiff then negotiated with another party (WDS). After the parties entered into a letter of intent for WDS to purchase Plaintiff‘s business, WDS rescinded the letter because it learned that a notice of default had been sent to Plaintiff, and an unnamed party (Defendant) would assume Plaintiff‘s license at the VIP. After WDS rescinded the letter of intent, Plaintiff stopped operations. The next day, Defendant executed a license agreement for Plaintiff‘s former premises. Since entering into this license agreement, Defendant has performed the log loading services at the VIP.

Defendant sought to exclude the expert‘s testimony, contending that his calculations of three measures of damages were misleading and unreliable because of flawed methodology.

U.S. District Judge Elizabeth K. Dillon wrote in her opinion that the Fourth Circuit has explained the Daubert standard as a “two-step gatekeeping function” required of trial courts. First, the trial court must ask whether proffered scientific evidence is valid and reliable. Second, the court asks whether the evidence will help the trier of fact, which is generally a question of relevance, or “fit”: assuming the evidence is reliable, will it “assist the trier of fact to understand or determine a fact in issue.”

As to Plaintiff’s expert’s lump-sum damages opinion, Defendant argued that the expert‘ opinion was unreliable and unhelpful because he failed to conduct analysis for each trade secret, but instead offered a lump-sum damages opinion “that transforms the alleged value of all log and lumber loading at a public port into damages.” They also argued that the expert failed to show the causal link between his damages calculation and their alleged misconduct since he assumed that all of Plaintiff‘s lost business value was attributable to Defendant, and in his reasonable royalty and disgorgement opinions, he allocated all of the forecasted avoided costs and net profits to the trade secrets.

Defendant found this unreasonable because it “effectively concludes that [Plaintiff] as a hypothetical licensor would be entitled to 100 percent of any profits from a licensee’s operation of a logistics business using the alleged trade secrets at the VIP.”

Defendant argued that the expert‘s opinion was unreliable because he didn’t disaggregate the value of the alleged trade secrets. Judge Dillon noted that a case cited by both parties, O2 Micro Inter. Ltd. v. Monolithic Power Sys., Inc. (N.D. Cal. 2005) was instructive. Defendant emphasized that the court in O2 excluded the plaintiff’s expert’s testimony when the expert bundled all the trade secrets together. However, as Plaintiff noted, the procedural posture of the case must be considered: it was only after the jury trial and plaintiff’s failure to prove that all the trade secrets were  misappropriated that the court excluded the expert’s damages calculation. Judge Dillon explained that because the expert’s damages calculation was based on the assumption that all of the trade secrets were misappropriated, but the jury only found that five of the 11 trade secrets were misappropriated and only one trade secret resulted in the defendant’s unjust enrichment, the court found that the expert’s damages calculation was, at that point, “useless to the jury” and left them “without sufficient evidence, or a reasonable basis, to determine the unjust enrichment damages.”

Judge Dillon found that although Plaintiff may consider the court’s warning in O2 about bundling all of its trade secrets together for its damages calculation, the case didn’t stand for the proposition that the expert‘s damages opinion should be excluded at this point—before Plaintiff has had the opportunity to prove its alleged claims. His opinion was relevant if the jury found that Defendant did misappropriate all alleged trade secrets.

The expert‘s opinion regarding Defendant’s unjust enrichment included: 1) disgorgement of Defendant‘s unjustly earned profits and avoided cost on sales; and 2) an assessment of reasonable royalty against Defendant for misappropriation of trade secrets. Defendant argued that the expert‘s reasonable royalty calculation was unreliable and speculative because he replaced an accepted methodology with his own fee-per-container method, his use of “speculative volume projections” didn’t resemble “Defendant‘s actual and anticipated experience at the VIP,” and he included lumber volumes in his analysis, although Defendant hadn’t shipped lumber at VIP. Defendant also claimed that the expert‘s disgorgement opinion should be excluded because it received no economic benefit at the VIP from 2017-2018, it didn’t consider that Plaintiff was being terminated regardless of Defendant‘s alleged conduct, it included lumber, and it assumed that Plaintiff‘s license would’ve been continually renewed. They note that the expert didn’t limit his analysis of lost profits to the time that the alleged trade secrets would have remained confidential before Defendant would have properly obtained them.

As to reasonable royalty damages, Plaintiff argued that the disagreement between its expert and Defendant‘s expert wasn’t a proper basis for excluding the expert‘s opinion… and that the expert extensively defended his methodology in his initial and rebuttal reports. Plaintiff also contended that the method for calculating royalty damages wasn’t as rigid as Defendant suggested. As to disgorgement and avoided costs, Plaintiff asserted that whether its lease would have been terminated anyway is a question of fact for the jury, that lumber should be included in the calculation (Defendant has performed test loads with lumber and it was included in its forecasts), and there was no specific requirement that the damages calculation be tied to the time the trade secrets would have remained secret. As to the reliance on inaccurate financial projections, Plaintiff noted that the expert addresses this in his rebuttal report.

Judge Dillon wrote that, in trade secrets cases, computing damages “ is not cut and dry.” Further, the Fifth Circuit recognized that trade secret misappropriation cases require “a flexible and imaginative approach to damages, and are controlled by their own peculiar facts and circumstances.”

The judge explained that the Defend Trade Secrets Act is silent on what qualifies as a “reasonable royalty” for a defendant’s use of a misappropriated trade secret, and the Fourth Circuit has not addressed the issue. Consequently, she said that courts in the Fourth Circuit have turned to University Computing, which “is a leading case on calculating a reasonable royalty.” The court in that case explained that “a reasonable royalty is simply that amount which the trier of facts estimates a person desiring to use a [trade secret] would be willing to pay for its use and a [trade secret] owner desiring to license the [trade secret] would be willing to accept.” Citing precedent, calculations under this approach imagine a “hypothetical negotiation” between the plaintiff and defendant “to ascertain the royalty upon which the parties would have agreed had they successfully negotiated an agreement just before [misappropriation] began.” The ultimate goal of this theoretical framework, the judge said quoting University Computing, is to measure “the actual value of what has been appropriated.”

Judge Dillon considered all of Defendant‘s objections to the expert‘s methodology for his reasonable royalty calculations and concluded that none of them require the exclusion of his opinions. Although his methodology was challenged by Defendant’s expert, Dillon couldn’t say that the expert‘s methodology wasn’t sufficiently reliable or accepted in the field. Plaintiff’s expert and Defendant’s expert simply had different approaches to calculating damages, and there were, perhaps, pros and cons to each approach, which could be addressed through cross-examination and the presentation of contrary evidence. Moreover, the judge held that, unlike the hypothetical negotiation methodology for which Defendant argued, the expert‘s fees-per-container methodology used actual numbers, and in doing so, attempted to measure the “actual value of what has been appropriated”—the very purpose of the hypothetical negotiation approach.

With regard to his unjust enrichment damages calculation as a whole, the expert explained why he applied the methodology that he used, and those explanations weren’t based merely on his say-so. Recognizing that, “in the trade secret misappropriation context, the proper measure of unjust enrichment damages is the total gains of a defendant’s wrongdoing,” Judge Dillon found that the expert appeared to have applied a proper and reliable methodology in his report.

Based on the supposed discrepancies, the analysis wasn’t so flawed as to be unreliable and inadmissible. The differing opinions between the experts were proper for jury consideration.

The motion to exclude the trade secrets damages expert was denied.