Can an Expert be Replaced if Unavailable for Trial? 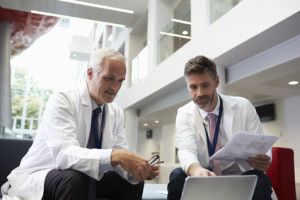 The plaintiffs said that they would stipulate to the replacement of Dr. A as long as Defendants’ replacement expert didn’t provide opinions different from or in addition to those that were offered by Dr. A.

Judge Beeler found that Dr. B’s proposed expert report offered opinions that were materially different from those offered by Dr. A.

The judge cited another example where Dr. A testified that he couldn’t definitively tell the position of the victim’s body was in when he was shot or whether he was bent over or not.

By contrast, Dr. B’s proposed report opined that the first bullet caused the victim to fall partially backwards and that the second bullet paralyzed his legs. His upper torso was angulated forward about 45 degrees when he was hit, Dr. B stated.

The parties agreed that Defendants’ motion to substitute their expert witness was properly analyzed under Federal Rule of Civil Procedure 16(b). That rule provides that a pretrial schedule, which includes deadlines for the parties to disclose their expert witnesses (deadlines that were passed in this case), “may be modified only for good cause and with the judge’s consent.”

Here, given Plaintiffs’ agreement and willingness to stipulate to the substitution of Dr. A provided the substitute expert didn’t provide opinions different from or in addition to those that were offered by Dr. A, the court declined to address the events that led up to or immediately followed Dr. A’s departure.

Judge Beeler found that the good cause standard was satisfied.

The judge did find, however, that Plaintiffs’ objections to Dr. B and his new report were well-founded. “When experts are substituted, the substitute expert’s report and testimony is usually limited to the subject matter and theories already espoused by the former expert,” Judge Beeler wrote, citing another district court decision.

The court found that Dr. B’s proposed report as currently drafted wasn’t limited to the subject matter and theories espoused by Dr. A, but rather added new opinions that weren’t offered by Dr. A or that contradict Dr. A’s opinions and testimony.

Citing an earlier decision, the judge wrote that the purpose of allowing substitution of an expert is “to put the movant in the same position it would have been in but for the need to change experts; it is not an opportunity to designate a better expert.”

The judge noted that the addition at the late date of new opinions by Dr. B that weren’t offered by Dr. A or that contradict Dr. A’s opinions and testimony would prejudice Plaintiffs.

As a result, the judge held that Defendants were permitted to substitute Dr. B for Dr. A, provided Dr. B provided a new expert report that was “limited to the subject matter and theories already espoused by [Dr. A].”

Judge Beeler granted Defendants’ motion in part and allowed them to replace Dr. A with their new proposed expert, Dr. B, provided he did not provide opinions that were different from or in addition to those that were offered by Dr. A.