Can an Expert Contradict Himself When Testifying? 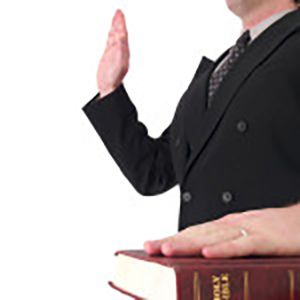 During a prolonged surgery, a plaintiff suffered an injury that left him with nerve damage and limited use of his right hand.

He files suit against the surgeon, the anesthesiologist, the surgical nurse, and the surgeon’s practice for medical malpractice.

Plaintiff underwent a surgical procedure known as a robotic‑assisted laparoscopic prostatectomy (“RALP”) performed by Dr. A and proctored by a more experienced surgeon.

Dr. A was still training on the robotic equipment used in Plaintiff’s procedure.

The RALP procedure required Plaintiff to be positioned in the lithotomy in a steep Trendelenburg position, with his left and right arms tucked to his side (the “LST position”). In this position, a patient is placed on his back with his or her legs up in the air and spread away from the body and with the hips flexed.

In a steep Trendelenburg position, the patient’s head is positioned below his pelvis at an angle greater than 30 degrees.

The surgery conducted by Dr. A lasted 9½ hours. At no time during the surgery did the surgeons reposition Plaintiff, and his body remained in the same position throughout the entire procedure.

Immediately after surgery, Plaintiff was diagnosed with compartment syndrome in his right arm and underwent surgery to relieve the pressure causing the condition.

Following surgery, Plaintiff never regained complete use of his right arm and hand.

Plaintiff alleged that Dr. A committed medical malpractice by failing to position the Plaintiff properly at the outset of surgery and then failing to reposition him during the surgery.

Plaintiff alleged the surgeon’s negligence was the cause of his injuries.

To show that Dr. A breached the applicable standard of care and that this breach was a cause of his injuries, Plaintiff offered the expert testimony of a urologist (Dr. M) and Dr. C.

Immediately after completing that fellowship, he established the robotic urological surgery program at the medical school.

He published articles in textbooks and medical journals in the area of robotic and laparoscopic urological surgery.

Dr. M testified repeatedly that when a patient is placed in the LST position for a lengthy surgery, the standard of care requires the physician to give the patient a positional holiday sometime between the four and five hour mark of the surgery.

At that point, the patient is taken out of the position and placed in a flat, supine position for a time to allow his body to regain equilibrium.

Dr. M opined that the standard of care was breached in this case somewhere between the four and five hour mark, when Dr. A failed to give Plaintiff a positional holiday even though he should’ve known that the surgery was still several hours away from being completed.

But he opined that it was “more likely than not” that Plaintiff wouldn’t have suffered such a significant injury had he been given a positional holiday between the four and five hour mark of surgery “rather than waiting until eight or nine hours after the surgery was done.”

At the end of his deposition, defense counsel asked Dr. M whether, if in this case Dr. A “had gone six hours and then realized that [he was not] getting to the conclusion of the procedure and had [given plaintiff a positional holiday]” and then continued on with the procedure for another 2 to 2 ½ hours, “would that have been within the standard of care?” Dr. M said it would.

He then reiterated that “the start of the compartment syndrome was most likely” between the four and five hour mark, but stated that in his opinion, providing a positional holiday at the six hour mark, even after the start of the compartment syndrome, would have meant “the severity of the injury . . . would probably have been much less” because of the positional holiday.

Dr. A moved for summary judgment, arguing that Dr. M’s testimony failed to establish that any breach of the standard of care caused Plaintiff’s compartment syndrome.

In response to that motion, the Plaintiff submitted the affidavit of Dr. C, a general vascular surgeon. This expert averred that over the course of his 32-year career, he’d treated an average of four to six patients a year suffering from compartment syndrome.

Additionally, he stated that he was familiar with the LST surgical position and that he’d previously performed surgeries that required placing patients in that position.

This expert also testified that he’d evaluated Plaintiff’s case “by differential diagnosis and ruled out other explanations for Plaintiff’s compartment syndrome other than the failure to reposition Plaintiff during a very long surgical procedure.”

Thus, the expert testified that “to a reasonable degree of medical probability that the failure to reposition Plaintiff during the prolonged surgical procedure caused Plaintiff to development compartment syndrome” and that he wouldn’t have “developed compartment syndrome if he had been taken out of the lithotomy with steep Trendelenburg position no later than the 6-hour mark of surgery.”

Based on this evidence, the trial court granted Dr. A’s summary judgment motion, finding that the applicable standard of care required that Plaintiff be repositioned by the six-hour mark of surgery.

Because Dr. A never repositioned Plaintiff in a surgery that lasted over nine hours, the trial court found that Dr. A had breached the standard of care.

However, the trial court went on to find that the testimony of Drs. M and C failed to create a question of fact as to whether Dr. A’s negligence caused Plaintiff’s injuries.

In support of this, the trial judge relied on Dr. M’s testimony that there was a high probability that Plaintiff developed compartment syndrome between four and five hours into surgery.

Additionally, the court rejected the expert testimony that even if the compartment syndrome had already begun, giving Plaintiff a positional holiday at the six-hour mark would have lessened the severity of his injuries, finding that it was not based on “sufficient facts or data.” The Plaintiff appealed.

Judge Elizabeth Gobeil of the Georgia Court of Appeals wrote in her opinion that, construed most favorably to the Plaintiff, Dr. M’s testimony established that the standard of care required Dr. A to reposition Plaintiff sometime between the fourth and fifth hour of surgery.

Specifically, the expert’s testimony made clear that when Dr. A reached the four-hour mark of surgery and realized that he wouldn’t finish within the next hour, the standard of care required that he begin preparing Plaintiff for a positional holiday.

Judge Gobeil said that Dr. M’s testimony could also be construed as saying that Dr. A thereafter was required to provide Plaintiff with a positional holiday no later than the five-hour mark.

To the extent that this testimony may be contradicted either by the testimony of Dr. M, Dr. C, or an anesthesiology expert, that conflict is for the jury to resolve, the judge said.

As the Supreme Court of Georgia has explained:

Because a party to litigation is without power to prevent his or her witnesses from contradicting themselves when testifying, the party should not be held responsible . . . when such contradictions inevitably arise in the testimony of expert witnesses.

To the contrary, such contradictions go solely to the expert’s credibility, and are to be assessed by the jury in weighing the expert’s testimony.

As a result, the Court of Appeals found that the trial court erred in concluding that the standard of care required only that Dr. A gives Plaintiff a positional holiday no later than the sixth hour of surgery.

The Court of Appeals reversed the trial court order granting summary judgment in favor of Dr. A and his practice and against Plaintiff.