Can An Expert Witness Opine On Someone’s State of Mind? 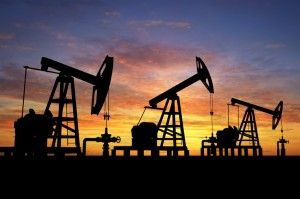 An oil company (MAR) recently brought suit against several defendants, including another energy company, for trade secret misappropriation in violation of the Ohio Uniform Trade Secrets Act (TSA). MAR alleged that defendants improperly used its confidential and proprietary information, including seismic data, to lease land and to drill in Northwest Ohio for oil and natural gas.

Senior District Judge James G. Carr of the Northern District of Ohio was asked to rule on the defendants’ motions under Daubert to exclude testimony by MAR’s expert.

MAR entered into a consulting agreement with one of the defendants to explore oil and gas reserves and to lease land in Northwest Ohio. After this contract ended, the defendant kept certain materials relating to MAR’s exploration for oil and gas reserves, which included information about MAR’s seismic readings. The consultant began working with another energy company to lease land and explore for oil and gas reserves in the area of mutual interest that was the subject in his agreement with MAR. The defendants had multiple leases within the previously designated area of mutual interest, with some bordering directly on MAR’s leases.

MAR sought lost profits and other monetary damages, including the loss of prospective investment. The company claimed that due to its conflict with defendants, it lost a potential initial investment of at least $800,000 and a longer-term investment of millions of dollars.

MAR designated geologist GB as its expert, who was to render his opinion on the importance and value of seismic data, oil and industry standards of confidentiality, the defendants’ actions in light of those industry standards, MAR’s measures to preserve the confidentiality of the seismic data, and MAR’s damages from defendants’ use of the proprietary information. GB was to also opine that MAR suffered monetary damages, including the:

In their arguments to exclude GB’s opinion, a defendant claimed that GB was not qualified to offer his opinion on alleged damages of any kind—including the cost of acquisition of the seismic data, lost investment, and loss of future profits. Another defendant contended that GB didn’t have the necessary qualifications to testify about the oil and gas industry confidentiality standards, or the defendant’s state of mind or credibility.

Judge Carr held that the cost of the acquisition of the seismic data was an appropriate measure of damages because it may have had value to the oil company. If the defendant used MAR’s seismic data improperly, what MAR spent and the defendant thereby saved would be a proper metric for a damage award.

The defendant argued that as a geologist, GB was not qualified to speak to the issue of damages. MAR noted that GB had 34 years of experience in the oil and gas industry and worked as an independent geological consultant for 14. He had 20 years of experience evaluating oil drilling prospects and oil reserves. GB was a licensed geoscientist in Texas and regularly calculated reserve forecasts for several oil companies. GB had a masters degree in geology from the Colorado School of Mines. The court concluded that GB was qualified to testify about the general nature of oil and gas exploration, how such exploration has evolved, particularly with regard to the Northwest Ohio region, the use of seismic data, and how geologists and prospectors acquire such data, the costs routinely associated with acquiring seismic data of the sort at issue here, the effect upon a company where a competitor misappropriates and uses the company’s seismic data, the kind and type of benefits the competitor derived from using someone else’s seismic data, and similar issues.

GB couldn’t, however, give a definitive opinion about the damages which MAR actually suffered. Proposing a dollar figure to the jury on the basis of its own financial and other records is MAR’s burden, Judge Carr said. But GB’s testimony could assist the jury in assessing the reasonableness of MAR’s expenditures for the data and the sort of benefits that the defendant would reasonably have realized from using the data.

Even with GB’s experience in the industry and his expertise with oil and gas exploration, he was not an expert in damages. However, Judge Carr held that this didn’t mean that he couldn’t tell the jury about the nature of the overall damage—i.e., the injury—which the defendant’s misuse of MAR’s efforts to develop its leases might have caused to it. The judge said that this discussion could include the expert’s general observations about the effect on a company’s attractiveness to prospective investors in light on this trade secrets dispute; but GB could not state that if investors would or would not have invested. In essence, GB could lay a foundation for the general trustworthiness of the report concerning potential investors.

GB was to opine that the defendant knew, or should have known, that the consultant had misappropriated and was misusing the trade secret in his dealings. GB believed that the defendant was “willfully blind” regarding the acquisition of the geological data. The defendant argued that GB’s report stated a legal duty of confidentiality, which was outside the scope of GB’s expertise. Judge Carr responded MAR didn’t have a negligence claim. Rather, the judge explained, GB’s testimony related to obligations (in this case, not to disclose or use another’s confidential or proprietary information) arising from oil and gas industry standards. The law, while it may acknowledge the existence and legal effect of such obligation, does not create the obligation—as it does, for example, with the attorney-client privileges, Judge Carr wrote.

While a breach didn’t create a legal cause of action, it was relevant to MAR’s claims against the defendant for misappropriation of trade secrets. The judge held that GB’s testimony was relevant because it would assist the jury determine whether the defendant knew or had reason to know that the seismic data he used was a product of the consultant’s violation of the industry standard of confidentiality.

The court found that it was appropriate for GB to testify about the gas and oil industry’s duty of confidentiality. Judge Carr also stated that under Federal Rule of Evidence 704, an expert witness may opine on ultimate issues to be decided by a jury. However, an expert cannot know a party’s state of mind, and as a result cannot opine on that point. Unless the individual told GB his state of mind, Judge Carr held, GB couldn’t know other’s mental state. Judge Carr ruled that GB could testify that the defendant’s actions were inconsistent with industry standards, and could testify that a person with similar experience in his position would have known the industry standard and acted accordingly. However, GB couldn’t draw conclusions on the defendant’s actual state of mind.

The defendant’s motions to exclude GB’s expert testimony were granted in part and denied in part.