Can an Expert Witness Work on a Contingency Basis? 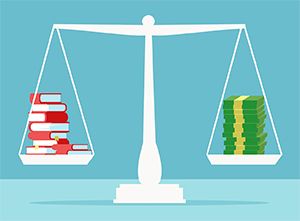 Nearly every state has provisions included within their Rules of Professional Conduct, which expressly prohibit the use of contingency fees for experts.

Even in jurisdictions that have not fully addressed the issue within their Rules of Professional Conduct, implications derived from the Rules of Evidence and Rules of Civil Procedure clearly support an argument against the use of such fees for experts.

In addition, case law has long provided that contingency fee agreements for witnesses are against public policy.

With the exception to California, every state has adopted the American Bar Association’s format of the Model Rules of Professional Conduct.

With regard to contingency fees for experts, Rule 3.4(b) provides that a lawyer shall not “falsify evidence, counsel or assist a witness to testify falsely, or offer an inducement to a witness that is prohibited by law.”

In interpreting this rule, confusion often exists with the language “prohibited by law.”

For states that have not specifically excluded the use of contingency fees, either through statute, rule, or as provided by case law, there may be uncertainty among practitioners as to if contingency for experts are permissible.

Further clarification on this issue is perhaps provided by The American Law Institute’s Restatements of law.

Although merely a secondary authority, restatements have become an integral component of our judicial system, as a result of their influential effect on the decision-making process and eventual outcome of many civilly litigated matters.

In fact, many jurisdictions have cited portions of Restatements verbatim as controlling law for a particular issue or matter.

With regard to contingency fees for experts, the Restatement (Third) of the Law Governing Lawyers § 117, cmt. D (2002), provides that “[a] witness may not be bribed or offered compensation that is contingent on the witness’s testimony or the result in the litigation.”

However, it is not necessary to examine a jurisdiction’s interpretation of the Model Rules of Professional Conduct, nor Restatements, to reach a conclusion concerning the appropriateness of contingency fees for experts.

As a general rule, contingency fee agreements for experts are never appropriate, despite a presence or absence of legal provisions which expressly prohibit such agreements.

Guiding principles on this issue can be found in basic legal and ethical conceptual frameworks.

Put simply, practitioners need not be provided with a rule of law expressly prohibiting a specific act, but rather already possess the ability to determine appropriateness of an act by virtue of their role as legal professionals.

If basic concepts of ethical and moral responsibility are not sufficient to deter practitioners from engaging in contingency agreements with experts, in jurisdictions lacking definitive guidance on the issue, perhaps the more convincing argument can be found within fundamental notions of civil practice and procedure, rules of evidence, and one’s professional obligation to provide competent legal representation through employing proper legal judgment.

The potential for impeachment is clearly relevant to the argument against contingency fees for experts because such fee agreements are almost always disclosed during the discovery process.

An attack on an expert’s credibility such as demonstrating an interest in the outcome, motive in providing testimony, and/or prejudice or bias against an opposing party, can be highly damaging to the party whose reliance on such expert is vital to the outcome of the matter.

In sum, whether a witness is impeached during the discovery phase through deposition, or during trial on cross-examination, it can be expected that such attack on credibility is likely to have an adverse effect on the ultimate trier of fact, whether judge or jury.