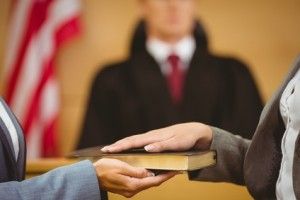 Expert witnesses play an indispensable role in litigation, Challenging Expert Testimony regardless of what side a party is on. Accordingly, it is important to know the ins and outs of challenging expert testimony. This article answers basic questions and provides practitioners with a guide on how to best challenge expert testimony in federal court.

The importance of knowing how to adequately mount a challenge to expert testimony cannot be understated. As one attorney explains, “Controlling whether a proffered expert may testify can make the difference between winning and losing at trial. Moreover, it can even determine whether you get to trial in the first place, because there can be circumstances in which the exclusion of an expert deprives a party of all their evidence on a critical issue for which they bear the burden of proof.” Avidan J. Stern, “Federal Civil Practice Update 2011: A Practical Guide to New Developments, Procedures, & Strategies,” Practising Law Institute, 2011 (Seminar presented on Oct. 5, 2011).

There are several matters to consider before challenging expert testimony. Such considerations are as follows:

(A). To Set a Precedent: Attorneys who successfully challenge an expert’s opinion may “bar an entire theory of the case that a proponent otherwise hopes will apply to other cases.” Id., citing Kaufman v. Motorola, Inc., 2000 WL 1506892 (N.D. Ill. Sept. 21, 2000). However, in the event that such a challenge fails, proponents of the testimony at issue can attempt to set a precedent of their own, arguing that because their theory was permitted in one case, it should be allowed as a precedent for future litigation. Id.

(B). Impact on an Expert: In the event that an expert’s opinion is successfully challenged in court and is barred from being used, quite a bit of damage can be done to that expert in future litigation. See id. When an expert’s testimony is stricken from a case, that expert is required to disclose such information to prospective clients in the future. Id. When deposing an opposing expert, attorneys should if the opposing expert has ever been previously barred from giving testimony. In the event that the expert has had their testimony stricken in the past, that individual will have to answer the attorney’s question in the affirmative. Id. Having the knowledge that an expert’s opinion was previously barred by a court will bolster credibility challenges against opposing experts and stand attorneys in good stead. In addition to asking this question of an expert during a deposition (and also during an expert’s testimony), attorneys may be able to get that testimony stricken again, based in part by a prior court’s ruling. Moreover, attorneys need not rely solely on asking an expert about such instances: Court rulings on these matters may be published and made accessible to litigators via online databases. Id.

(C). Considerations on Appeal: To get expert testimony excluded on appeal, attorneys face a higher standard of review, that of abuse of discretion. Id., citing General Elec. Co. v. Joiner, 522 U.S. 136, 141-43 (1997). Furthermore, appeals of this nature are even more difficult in cases where a jury has already given its verdict. In such instances, even if the appellate court determines that abuse of discretion occurred, it will apply a “harmless error” standard to the issue being appealed. Id., citing Naeem v. McKesson Drug Co., 444 F.3d 593, 608-09 (7th Cir. 2006); See Federal Rules of Civil Procedure (FRCP), Rule 61. The Seventh Circuit Court of Appeals has held that “Even though the admission of [the expert’s] testimony was in error, the defendants must show that the introduction of such evidence violated their ‘substantial rights’ in order to be entitled to relief under Federal Rule of Civil Procedure 61.” Naeem v. McKesson, supra.

This information regarding the way expert testimony is reviewed on appeal underscores the importance of objecting to such testimony early, both in depositions and at trial. Because of the view of the Seventh Circuit (as well as other Circuit courts), it is best to object as soon as possible, in order to maximize the effectiveness of such challenges.

Most objections to expert evidence are made via a motion in limine. However, “Such rulings are subject to being revisited and overturned during the trial.” Avidan J. Stern, “Federal Civil Practice Update 2011: A Practical Guide to New Developments, Procedures, & Strategies,” Practising Law Institute, 2011 (Seminar presented on Oct. 5, 2011), citing Luce v. United States, 469 U.S. 38, 41-42 (1984).

As the Ninth Circuit Court of Appeals has explained, a motion in limine is considered an interlocutory order, and the court has the ability to “change its mind based on unanticipated developments during trial, or as the result of a trial counsel’s persuasive request for reconsideration.” Curry v. Washington, 16 Fed. Appx. 703, 705 (9th Cir. 2001). Because of the fact that a court has such broad discretion during the trial, attorneys should carefully consider when they wish to make a motion in limine that challenges an expert.

For example, “in some instances it is best to defer rulings until trial, where decisions can be better informed by the context, foundation, and relevance of the contested evidence within the framework of the trial as a whole.” See, e.g., Anglin v. Sears, Roebuck & Co., 139 F. Supp. 2d 914, 917 (N.D. Ill. 2001). Attorneys should be aware that pretrial rulings, while highly effective in most cases, do not guarantee that an issue will be handled in the same manner during trial. See, e.g., Delgado v. Mak, No. 06 CV 3757, 2008 WL 4367458, at *1 (N.D. Ill. 2008). Moreover, although having a court grant a pretrial motion in limine means that the evidence will be excluded at trial, the issue can be revisited, and a court can, in its discretion or by motion of the opposing party, change such evidentiary rulings. See Luce v. United States, supra. Therefore, adept attorneys will take all of these considerations into account when choosing to challenge expert testimony, and they will adapt to the specifics of a case, making motions to exclude testimony at the appropriate times and also being prepared to revisit the issue during the course of the litigation.

In addition, attorneys who failed to object to the introduction of expert evidence during the pretrial phase of a case need not relinquish the right to object at a later time. In fact, a trial court’s duty to exclude testimony that fails to meet the standards of Daubert and/or the Federal Rules of Evidence (FRE) “is not limited to a pre-trial (and necessarily preliminary and incomplete) evaluation of expert testimony, but is a continuing obligation,” and that obligation requires a trial court to exclude expert evidence that fails to meet Daubert or other federal rules. *Massock v. Keller Industries, Inc., *147 Fed. Appx. 651 (9th Cir. 2005).

Federal Challenges in a Post-Daubert World:

Litigation, like many fields, involves attorneys who are able to predict not only the probabilities but the possibilities in a given case. Dealing with experts is certainly no exception to this. As one attorney explains, “According to the Advisory Committee Notes for the 2000 amendments to FRE 702, the experience of the courts after Daubert is that the rate of exclusions has gone down, not up: A review of the caselaw after Daubert shows that the rejection of expert testimony is the exception rather than the rule.” Avidan J. Stern, “Federal Civil Practice Update 2011: A Practical Guide to New Developments, Procedures, & Strategies,” Practising Law Institute, 2011 (Seminar presented on Oct. 5, 2011). This explanation may seem strange to some, given that many studies have argued that Daubert led to more judicially-excluded expert testimony, not less. See, e.g., Ladd A. Hirsh, “How to Survive Daubert in Nine Easy Lessons: Safely Exploring the Wilds of Expert Evidence,” Page Keeton Civil Litigation Conference, Oct. 27-28, 2005 (noting that “In a classic case of the ‘Law of Unintended Consequences,’ Daubert and its progeny have increasingly been cited to exclude expert testimony rather than to expand the amount and types of expert evidence which could be admitted to assist the trier of fact.”). Various authorities in different jurisdictions have different experiences with whether or not the number of expert exclusions has increased since Daubert.

However, this article deals with what attorneys should expect in federal court, not overall. Accordingly, it is perhaps most appropriate to follow the guidance of the Fifth Circuit Court of Appeals, which argued that Daubert did not effect a “seachange over federal evidence law,” and that “the trial court’s role as gatekeeper is not intended to serve as a replacement for the adversary system.” United States v. 14.38 Acres of Land Situated in Leflore County, Mississippi, 80 F.3d 1074, 1078 (5th Cir. 1996).

In fact, it can be extremely difficult to get expert evidence excluded for today’s practitioners. This is the case because many judges may “lean in favor of admission of weak expert evidence to let the adversarial system test it, if a minimum threshold of reliability is met.” Stern, supra. Many courts may find certain flaws in expert testimony to go to the weight of the evidence (which is a question for a jury), rather than to its admissibility. See id.

There are various matters that attorneys should consider when determining whether and how to challenge expert testimony.. Attorneys should familiarize themselves with each variable in the equation before deciding to object to expert testimony and should be well-prepared to defend their positions and understand the implications of such objections. Practitioners who follow these principles will likely see a marked improvement in their win-loss ratios in court.