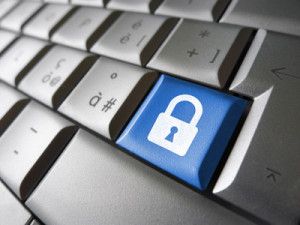 A settlement has been reached in the class-action lawsuit brought against a social networking company regarding their customer’s private electronic information. The world’s largest social network was charged with scanning its users’ private messages for advertising purposes. Plaintiffs filed the class action complaint in the US District Court for the Northern District of California citing violations of the federal Electronic Communications Privacy Act and California’s Invasion of Privacy Act, etc. The settlement directs the defendant to make business practice changes including no longer scanning private messaging data and sharing the data with third party companies. The company has ceased using this information for targeted advertising.

Violations of consumer privacy may lead to litigation, in this case, a class action suit brought by two attorneys on behalf of themselves and other of the company's users. Privacy expert witnesses use their knowledge and expertise to analyze whether a company failed to meet consumer protection policies. These experts evaluate and opine on whether the practice of data mining for commercial gain violated federal and state statutes.

In this case, the March 1, 2017 Motion For Preliminary Approval Of Class Action Settlement states: On December 30, 2013, [Plaintiffs] filed a class action complaint in the United States District Court for the Northern District of California asserting claims under the Electronic Communications Privacy Act (“ECPA”; 18 U.S.C. §§ 2510 et seq.); the California Invasion of Privacy Act (“CIPA”; Cal. Penal Code §§ 630, et seq.); and California’s Unfair Competition Law (“UCL”; California Business and Professions Code §§ 17200, et seq.), alleging, inter alia, that [Defendant] “read[] its users’ personal, private messages without their consent” for “purposes including but not limited to data mining and user profiling,” and “generating ‘Likes’ for web pages” and “targeted advertising,” on behalf of themselves and a proposed class of “[a]ll natural person users [of the company] located within the United States who have sent or received private messages where such message included URLs in the content.

The next court date is scheduled for April 12, 2017, before Phyllis J. Hamilton, Chief Judge of the United States District Court for the Northern District of California.