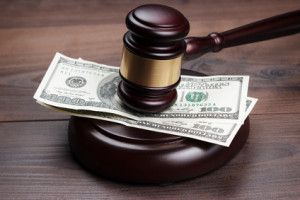 In 2014, the California Supreme Court agreed to hear an appeal from a party who alleged that the attorneys’ fees charged in a class action case used a method that was unfair and resulted in attorneys in California receiving unreasonably high fees. See Lafitte v. Robert Half International, Inc., 231 Cal. App. 4th 860, (Cal. 2d. App. Div. 2014), review granted, No. S222996, (Cal. Feb. 25, 2014). Although this case has not yet been decided, the California Supreme Court has begun to hear arguments on the matter, and depending on its decision, the implications for how attorneys’ fees are calculated in class actions may be groundbreaking. Regardless of the Court’s holding, attorney fees expert witnesses will play a critical role in this case and in determining the best mechanism to fairly calculate such fees in future class actions.

The Basics: The issue that the California Supreme Court is called upon to decide is whether or not attorneys should be permitted to charge their fees based upon a percentage of a class action award or settlement. As one legal analyst noted, “The California Supreme Court is reviewing a class member’s claims that a $6.3 million fee award in a $19 million settlement resolving labor violations claims…is too high, in a case attorneys said could prompt greater scrutiny of attorneys’ fees awards in class actions.” Y. Peter Kang, “California Cases To Watch in 2016,” Law360.com, (Dec. 24, 2015). As the California Supreme Court’s webpage notes, at issue is whether the forty-year-old case of “Serrano v. Priest (1977) 20 Cal.3d 25 permit[s] a trial court to anchor its calculation of a reasonable attorney’s fees award in a class action on a percentage of the common fund recovered.” See Steven G. Pearl, “Lafitte v. Robert Half International: Cal. Supreme Court Grants Review in Class Action Attorney Fee Dispute,” The California Employment Law Blog (Feb. 17, 2016), citing California Courts, “Appellate Court Case Information,” (last updated Jun. 1, 2016).

(1). Appellants’ Claims: The party who appealed the fee award argued that in class action lawsuits, attorneys should not be permitted to calculate their fees by the “percentage method,” in which a lawyer takes a specific amount of money that is based upon the amount of the settlement or trial award. See, e.g., id. Instead, the appellant argued, attorneys’ fees in class actions should be based upon the “lodestar method.” If the Court were to apply the lodestar method, an attorney’s fee award in a class action case would be determined by a two-part process that a judge would follow. See Brooks Magratten, et al., “Calculating Attorney Fee Awards,” American Bar Association: GP SOLO Magazine, Mar. 2010. As one commentator explains, “First, courts multiply the hours an attorney works by the attorney’s hourly rate—this process yields the lodestar—and then courts adjust the lodestar up or down ‘to reflect the characteristics of a given action.’” Id. However, the lodestar method does not affix an attorney’s fee based upon a percentage of the amount awarded by a court or in settlement.

According to one of the parties who argued against the percentage method, that method

“carries [a] huge risk of overcompensating [attorneys] and depriving the class of their money.” Ben Hancock, “California Supreme Court Scrutinizes Class Action Fee Awards,” The Recorder, May 27, 2016. Instead of using the percentage method, the appellants argued that courts should appoint a “class guardian” for any class actions involving awards or settlements of over $1 million. See id. The class guardian would, in turn, retain an attorney fees expert witness to testify in court and to “scrutinize class counsel’s estimate of how much damages would be if a case was carried through to a win.” Id. The appellants claim that the proper way to determine attorneys’ fees in a class action is to base the fee on lodestar method (or hourly calculation), rather than to allow lawyers to recoup their fees based upon a percentage of the class’s recovery. See, e.g., Allison Frankel, “California Supreme Court to decide how class action lawyers get paid,” Reuters, Dec. 16, 2015. The crux of the appellants’ argument is based on a footnote in the Serrano v. Priest case, in which California’s highest court observed that the Second and Third Circuits of the U.S. Courts of Appeal upheld the idea that “the starting point for a fee award ‘must be a calculation of the attorney’s services in terms of the time…expended on the case.’” Id. According to the appellants, although the California Courts have “paid lip service to lodestar calculations” over the past several decades, trial judges have “improperly pumped up fee awards using multipliers and enhancements based on the size of the settlement. The objector wants the state justices to reiterate the primacy of the lodestar and bar judges from boosting fee awards to multiples of hourly billings.” Id.

(2). Appellees’ Claims: The attorneys in this case argued that the plaintiffs have ignored decades of court awards based on a percentage basis and that the percentage method is, in fact, the more just way to calculate fees. See, e.g., id. The appellees sought to reinforce their historical argument by pointing out that the lodestar method could “destroy efficiency and misalign the interests of plaintiffs’ lawyers and their clients.” Id. In fact, the Third Circuit once appointed a task force comprised of legal experts to examine which payment method was preferable, and that task force found the percentage method to be so much more preferable than the lodestar calculation that less than 10% of all nationwide class actions utilize the lodestar technique. See id. Many amicus briefs were filed in this case, arguing that if the California Supreme Court bars the percentage technique, attorneys would be deterred from taking risky cases for clients who would otherwise be unable to find legal representation. See id. The attorneys in this case also argued that using the percentage method was based upon a “lodestar cross-check,” in which the total percentage awarded to a particular lawyer is based upon mathematical factors such as the practitioner’s skill level, how diligently the case was handled, and other factors. Moreover, the appellees claimed that the percentage-based calculation of attorneys’ fees was subject to what a “reasonable” rate would be for the type of case handled based on the difficulty level involved in the litigation and by an attorney’s prowess and hard work. According to attorney fees expert witnesses, “despite fears that plaintiffs’ lawyers would reap unjustified golden harvests, the amount of fees being awarded has remained relatively constant.” Jesse Greenspan, “Percent Approach Outstrips Lodestar in Class Actions,” Law360.com, (Oct. 6, 2010), at http://www.law360.com/articles/189417/percent-approach-outstrips-lodestar-in-class-actions.

No matter what the California Supreme Court decides, the issue of how to calculate attorneys’ fees in class actions is one that will almost undoubtedly require the input of attorney fees expert witnesses. Should the Court adopt the appellants’ approach (the lodestar method), many questions will arise as to how to calculate that amount. In setting an amount based upon an hourly calculation, courts will nonetheless be called upon to determine three factors, all of which require attorney fees expert advice. First, a court must decide what a reasonable hourly rate is for a particular case and attorney, which is a decision many judges use attorney fees expert witnesses to help determine. See, e.g., Brooks Magattran, supra. Experts can provide information about what a typical case of the nature and difficulty level of the one before the court typically permits as a reasonable rate. Also, consulting and testifying experts can help assess reasonability based on a particular lawyer’s degree of skill and the amount of work that attorney put into the case. Second, under the lodestar method, a court must decide whether the number of hours an attorney has recorded for a given case is reasonable. See id. Again, experts in specific types of class actions with familiarity in these fields can offer invaluable assistance in answering this inquiry. Third, as one legal analyst asks, “once courts come up with the lodestar, on what basis do courts adjust that figure up or down?” Id. This third question is something that experts can assess, based on many of the considerations noted above for how to determine an appropriate fee. Finally, even absent the lodestar calculations that may require substantial expertise, the plaintiffs in this case requested a “class guardian” and, if their request is granted, that “guardian” will rely upon the testimony of attorney fees expert witnesses in any judgment or settlement award that is over $1 million.

Regardless of what the California Supreme Court decides, the Lafitte case offers an opportunity to clarify what the acceptable practices are for determining attorneys’ fees in class actions. Expert witnesses will likely play a critical role, both in making arguments for one fee arrangement over the other, as well as in actually assessing those fees under whichever calculation the Court opts to select.