Can a Party "Claw Back" Privileged Emails? 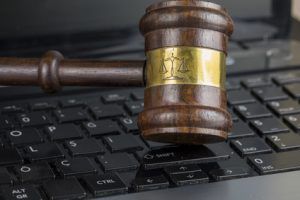 An Oklahoma plaintiff recently asked a federal court to preclude a defendant from “clawing back” privileged documents accidentally revealed to an expert pursuant to Federal Rule of Civil Procedure 26(b)(5)(B).

In March of 2017, Plaintiff discovered twelve stones in fruit pies made with black raspberries sold to it by Defendant. Plaintiff notified Defendant, which cooperated with Plaintiff in investigating the issue.

Ultimately, Defendant admitted that it didn’t have the necessary insurance coverage.

As a result, Plaintiff filed suit asserting claims for breach of contract and negligence.

The documents at issue were email communications between Defendant’s employees and its legal counsel.

All the emails concerned pre-suit investigation of Plaintiff‘s claims. Within the emails was a statement by Defendant‘s quality assurance manager to Defendant’s counsel that “Black raspberries have been determined as the source of the stones.”

Plaintiff didn’t dispute that the communications were subject to the attorney-client privilege.

Defendant responded to Plaintiff‘s first set of discovery requests. The requests encompassed the emails, but Defendant didn’t produce a privilege log or otherwise identify the emails as responsive.

During oral argument, Defendant‘s counsel stated she didn’t recall reviewing the emails during her document review a year earlier, but she speculated that they were withheld based on Defendant‘s vagueness and overbreadth objections.

Later, Defendant retained a testifying expert, and its counsel inadvertently produced the emails to the expert for review in preparing her expert opinions. Her report contained a long list of “documents reviewed,” which included the emails.

The day before the expert‘s deposition, Defendant produced the documents to Plaintiff that had been given to the expert—including the emails.

Plaintiff‘s counsel questioned the expert extensively about an email that contained the communication from Defendant’s quality assurance manager to its counsel that black raspberries had been determined as the source of the stones. The expert admitted she had reviewed that email.

During this questioning, Defendant‘s counsel failed to raise any privilege objection or demand that counsel cease questioning about the email, as permitted by Rule 30(c)(2).

During oral argument, counsel explained that she failed to object because she didn’t immediately recognize the document and was unsure of its status as privileged.

A few days later, Defendant‘s counsel “began communicating with Plaintiff‘s counsel on the privilege issue” and indicated that “a clawback was necessary.”

Three weeks after the deposition, Defendant sent a “claw back” letter to Plaintiff pursuant to Rule 26(b)(5)(B), asserted attorney-client privilege as to the emails, and provided a privilege log.

Plaintiff ceased all use of the privileged emails and filed the sealed motion requesting a ruling from the Court, as required by Rule 26(b)(5)(B).

U.S. District Magistrate Judge Jodi E. Jayne wrote in her opinion that there was no dispute that the emails were privileged attorney-client communications and were disclosed to third parties, including the expert and Plaintiff. The issue, the judge explained, was whether these disclosures resulted in a waiver of privilege.

As its legal basis for avoiding waiver, Defendant relied on Rule 502(b), which states the “default standards governing the inadvertent disclosure of information that is subject to the attorney-client privilege or other protections.”

The Rule provides that disclosure of privileged documents does not constitute waiver if three requirements are met:

In addition, the judge said that the following considerations guide the analysis:

Defendant bears the burden of proving that Rule 502(b)’s requirements are satisfied.

Judge Jayne concluded that Defendant‘s disclosure of the emails resulted in a waiver of attorney-client privilege for two reasons.

First, the waiver occurred by means other than “disclosure,” and Rule 502(b) had no application. And second, in the alternative, assuming Rule 502(b) applied, Defendant couldn’t satisfy the Rule’s requirements.

Judge Jayne found that Defendant‘s reliance on Rule 502(b) was misplaced because of the fact that waiver of the privilege occurred by “other means” after the inadvertent disclosure.

Following the inadvertent disclosure to the expert, she considered the emails in preparing her expert report, listed them on her report, and was even deposed regarding the report.

Waiver occurred because the privileged emails became “facts or data considered by the expert witness.” Once used in this way by Defendant‘s testifying expert and produced to opposing counsel, attorney-client privilege was waived, the judge said—regardless of whether disclosure was inadvertent or intentional.

Judge Jayne rejected Defendant‘s argument that, because the expert didn’t rely on the documents in forming her opinion, no waiver occurred.

The judge responded that the advisory committee’s notes made clear that “[t]he disclosure obligation extends to any facts or data ‘considered’ by the expert in forming the opinions to be expressed, not only those relied upon by the expert.”

As to the email used by Plaintiff‘s counsel during the expert‘s deposition, a second “use” waiver occurred, the judge found.

Plaintiff‘s counsel cross-examined the expert extensively about the email and identified the parties to the communication as attorney and client.

Defendant‘s counsel didn’t cease the questioning or make any record regarding privilege, which resulted in waiver of privilege for the email.

Judge Jayne also held that, alternatively, assuming that Rule 502(b) may be applied following the described uses of the inadvertently disclosed emails, and disclosure to the expert/Plaintiff was inadvertent, she found that Defendant couldn’t satisfy the second and third elements of Rule 502(b).

Defendant‘s counsel’s explanation was insufficient to demonstrate that she took reasonable steps to prevent disclosure.

The judge understood why both folders were produced to the expert, but that didn’t demonstrate that Defendant took reasonable steps to prevent disclosure of the privileged materials.

This wasn’t a case involving a voluminous document production, the judge reasoned, and the explanation for the inadvertent disclosure was conclusory and unclear.

Defendant also failed to meet its burden on the third element, and failed to raise a privilege objection or take other reasonable steps to rectify disclosure and use of the email.

After the deposition, when Defendant‘s counsel realized that other privileged items may have been produced, she continued to not take clear or immediate action to protect privilege as to the email or other similar documents.

Only after Plaintiff‘s counsel contacted her, concerned about whether there were other unproduced documents, did Defendant‘s counsel start comparing the original Plaintiff production with the production to the expert.

It took three weeks following the deposition to produce a privilege log for a total of 43 privileged documents, many of which were iterations of the same email chain.

Although the “promptness” inquiry is highly fact-dependent, Judge Jayne found that Defendant failed to act promptly to rectify the error in this case.

The judge said that any “claw back” remedies she could attempt to fashion would cause delay and unfair prejudice to Plaintiff. Rule 26(b)(5)(B) is intended “for the return of inadvertently disclosed documents, not the unraveling of litigation events,” she opined.

Plaintiff’s motion was granted, and Defendant was precluded from clawing back the emails pursuant to Rule 26(b)(5)(B).

In addition, Defendant was found to have waived attorney-client privilege as to all emails listed in the privilege log.