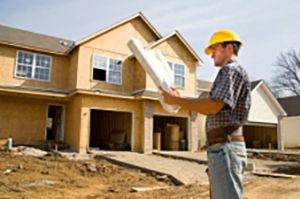 Construction projects often suffer from delays due to a wide variety of reasons, which can have severe financial impact on the project. As a result, delay claims may be filed. The analysis of the delay impact with the causes and effects of the delaying activities is one of the most complicated types of claims analysis. It requires an expert with extensive knowledge of construction projects, means and methods, scheduling and the ability to develop a sound methodology to conduct the analysis. Most of these delay claims reach the expert after completion of the project. This results in a detailed intensive research of the documents to verify schedules, events, sequence of work, changes during construction and the delay impact.

This article will address these challenges and the various delay analysis methods.

Below is a list of common delay causes encountered on construction projects. One of the complications of a delay analysis is that the delays can be caused by few of these listed causes or a complex mix of these causes. The time of their occurrence and who caused what delay add to the difficulty of the analysis.

Errors and omissions in the contract documents:

Contractor caused delays for reasons under their control:

Delays for reasons beyond the contractor or owner’s control:

Owner caused delays for reasons under their control:

Personality conflicts between the project’s team.

One of the main steps in the delay analysis is to research the project’s documents to identify causes like the above that delayed the project. The methodology used to determine the impact of these factors is the heart of the difficulty of this type of analysis. To better understand the level of difficulty involved, please note the following basic concepts that have to be factored in:

Some analysts simply list the delays, calculate the number of days for each delay, add them up and claim the total as the total number of delay days. Well, that is far from being an accurate analysis. The timing of each of these delays is important. We may have three delay causes that occurred during overlapping time periods or within the same period. The schedule and the actual site events have to be examined at the start date of each one of these delays to analyze its impact. We may find that only one of the three concurrent delays had an impact on the critical path of the project. After plugging that in the updated schedule, we can find out the new completion date of the whole schedule.

Using Critical Path Method scheduling (CPM) provides analysts the needed tools to conduct a proper analysis. To understand the tremendous advantage of having CPM technology, please allow me to give you a brief idea about basic principles of CPM scheduling.

Prior to CPM scheduling, owners, contractors and any other businesses that needed schedules like large manufacturers used scheduling techniques where activities were listed and the sequence identified but the activities were not tied by logical relationships. Therefore, any delay or change of schedule needed reconstruction of the whole schedule. So, if we have a large schedule with hundreds of activities, you can imagine the cumbersome process of updating the schedule, say at 75% of the project or identifying the impact of a delay on the schedule.

The CPM method and the relevant software give the user the ability to tie the schedule’s activities by logic relationships. For example:

A scheduler builds a schedule by performing the following basic steps:

The CPM scheduling method helps the user do the following:

When the first submitted schedule is approved, it is considered a base schedule for future updates and delay analysis. That means the project manager needs to carefully review the schedule and the critical path prior to approving the schedule. Some of the elements that need careful review are:

Having introduced all these basic concepts related to delay analysis, please note below the different methods that are commonly used to analyze delays:

This is a very simplistic view of the delay claim because it ignores the following important factors:

In this method the analyst lists the excusable delays (or delays where time extension is owed to the contractor) and inserts the extended duration to the relevant activities. The analyst reads the revised completion date and calculated the days between this date and the as-planned completion date and determines that these are the number of days owed to the contractor. The sources of error in this method are:

Collapsed As-Built Or “But For” Method

This method is used in the absence of reliable schedules on the job. In this case the analyst recreates a schedule based on actual information. The analyst determines the logical ties between the activities to form a retrospective schedule which becomes the basis for analyzing the effect of the delays. Durations are given to the activities based on reasonable time to finish the various activities. The delays are then inserted in the newly created schedule and then compared with the actual as-built durations to calculate the number of delay days. The sources of error in the method:

This is usually the preferred method of analyzing delays. In this method, the analyst takes a look at the schedule and actual site progress on the starting date of each delay, and then inserts the delays in the schedule. The new completion date is compared to the original completion date to determine the delay days. This way the impact of concurrent delays is incorporated, the new critical path reflects reality on site and effect of the delaying causes. The sources of error in this method:

As a conclusion, the analyst has to select the method to use. Each one has its advantages and problems. Sometimes the nature of the case, available time, documents availability or budget consideration influence the method selection.