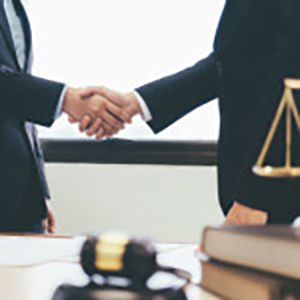 This action arose out of an insurance coverage dispute between the insurer and its insured regarding certain alleged misrepresentations in Defendant’s application for workers’ compensation insurance.

Defendant was a medium-sized construction company that specialized in the propane and natural gas industry. In 2014, one of its major customers required it to obtain an “anti-subrogation endorsement” in its workers’ comp policy.

Defendant contacted its insurance agent, which told it that it would need to switch insurers to obtain the required coverage.

Around a month after the new policy was issued, Defendant hired an employee who was subsequently injured. He made a workers’ compensation claim that Insurance Company denied on the ground that there was no valid policy in place.

The employee then filed a hearing request with the Workers’ Compensation Commission.

At issue was the reasonableness of the expert fees. Federal Rule of Civil Procedure 26(b)(4)(E) states that:

Unless manifest injustice would result, the court must require that the party seeking discovery: (i) pay the expert a reasonable fee for time spent in responding to discovery under Rule 26(b)(4)(A) or (D); and (ii) for discovery under (D), also pay the other party a fair portion of the fees and expenses it reasonably incurred in obtaining the expert’s facts and opinions.”

Courts generally rely on the following factors to determine whether an expert fee is “reasonable”:

“Manifest injustice,” the Court noted, is normally only found by a court “where the deposing party is indigent[,] or if requiring the party to pay a deposition fee would create an undue hardship.”

Before the deposition took place, Defendant’s attorney told Insurance Company that it wouldn’t pay the fee, finding it unreasonable for such a short and simple deposition.

Defendant opposed the motion to compel, first on the basis that expert wasn’t actually an expert witness, and second because it claimed the expert’s fees were unreasonable.

Defendant first contended that it should not be compelled to pay expert fees because expert is only a fact witness, not an expert witness, and that Rule 26(b)(4)(E) requires the party seeking discovery to pay a reasonable fee for experts, not ordinary witnesses.

Judge Norton refrained from determining whether expert qualified as an expert witness.

Additionally, Insurance Company correctly argued that whether the court ultimately finds that expert qualifies as an expert witness wasn’t determinative of whether the costs of deposing him were properly borne by the defendant who requested his deposition.

Defendant also argued that expert’s fees were unreasonable. Rule 26(b)(4)(E) states that “the court must require that the party seeking discovery [ ] pay the expert a reasonable fee for time spent in responding to discovery.”

The judge explained that reasonableness is determined by a multitude of factors, including the expert’s qualifications, the expertise required to testify on the particular issue, and the prevailing rates for other similarly qualified experts in this field.

The expert’s affidavit stated that it is his practice “in each instance to request a $2,500 deposit for my time associated with being deposed.”

He reasoned that, at his rate of $380 per hour, this retainer equaled roughly 6.5 hours, the amount of time he spends in an average deposition.

In addition to his retainer fee, expert submitted an invoice of $1,400 for fees and expenses from the deposition, which Defendant also claimed were unreasonable.

Defendant claimed that expert’s lack of preparation for the deposition and his inadequate answers during the deposition rendered this sum unreasonable.

Defendant listed several reasons it believed that expert was unacceptably unprepared, the most significant being his failure to bring certain necessary documents with him to the deposition.

The subpoena notifying expert of the deposition required him to bring a “complete copy of [his] entire file, including any and all documents, notes, correspondence, emails, drafts, memoranda, research material, or other prepared documents as it relates to this case.”

During the deposition, however, expert said that due to a misunderstanding he didn’t bring anything with him—even though documents about the case had been sent to him by Insurance Company’s lawyer. He apologized and offered to print them at his office, stating that this was “a little unusual . . . I have only done one other telephonic deposition, and so usually the attorney is here in person and hands me the stuff.”

The expert spent 90 minutes printing the materials before returning to complete the deposition.

Judge Norton found it was unreasonable for expert to charge $570 to retrieve documents that he should’ve brought with him.

The expert claimed that he didn’t bring the necessary information with him because of a misunderstanding between him and the attorneys about expectations for the deposition.

However, as an experienced witness, the judge said he should’ve been familiar with the subpoena requirements and talked with the attorneys about the procedure for the phone deposition.

Judge Norton also found it unreasonable for the expert to charge Defendant $760 for two hours of deposition preparation.

Additionally, it is the duty of the party retaining the expert witness to prepare their witness for deposition and trial.

The judge explained that the expert was Insurance Company’s expert witness, and it was already paying him to prepare for deposition and trial.

It was unreasonable, the judge held, to have Defendant pay for preparation time as well, since Defendant was deposing expert on the same subject matter.

Judge Norton directed Defendant to pay the $2,500 retainer fee and the $71 fee for his printing expenses.

However, Defendant wasn’t required to pay the $570 fee for document retrieval or the $760 fee for expert’s deposition preparation, as they were both unreasonable expenses.

The Court granted in part and denied in part Insurance Company’s motion to compel payment of expert fees.