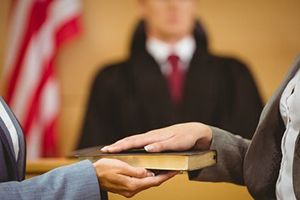 In U.S. District Court, N.D. Illinois, U.S. Magistrate Judge Sidney I. Schenkier heard the motion to strike the expert disclosure of the CEO of the Defendant company. The Plaintiffs argued that the expert was a “retained or specially employed” expert governed by the disclosure regulations of Federal Rule of Civil Procedure 26(a)(2)(B) and improperly filed his disclosure statement under Rule 26(a)(2)(C). They also argued that even if the expert fell within the category of an expert for whom a Rule 26(a)(2)(B) report was required, the Defendant’s disclosure failed to meet even the less demanding requirements of Rule 26(a)(2)(C). Judge Schenkier wrote that under Rule 26(a)(2), “a party must disclose to the other parties the identity of any expert witness it may use at trial to present evidence under Federal Rule of Evidence 702, 703, or 705.” However, the extent of the required disclosure is dependent upon the nature of the witness. Rule 26(a)(2)(B) provides that “if the witness is one retained or specially employed to provide expert testimony in the case or one whose duties as the party’s employee regularly involve giving expert testimony,” then the party must deliver the opposing side a detailed written report that contains:

Expert witnesses who do not fall within the above requirements of Rule 26(a)(2)(B) are governed by Rule 26(a)(2)(C). Under Subsection (C), which was added to Rule 26(a)(2) in the amendments that became effective December 1, 2010, the expert need only disclose: (i) the subject matter on which the witness is expected to present evidence; and (ii) a summary of the facts and opinions to which the witness is expected to testify. To resolve this issue, the judge looked to case law that discussed the differences between the two expert witness disclosure categories, recognizing that the relatively recent addition of Rule 26(a)(2)(C) means that there were not many decisions on the issue.

The First Circuit distinguished between an expert recruited for the purpose of giving testimony ( 26(a)(2)(B)) and a “percipient” witness (26(a)(2)(C)), who—independent from his or her role as an expert—has firsthand knowledge of events relevant to the litigation. The former has no prior knowledge of the matters giving rise to the dispute but becomes knowledgeable because of his or her “enlistment” as an expert. The latter has “ground-level involvement of the events giving rise to the litigation.” To this point, the court noted that where the expert was “part of an ongoing sequence of events and arrives at his causation opinion during treatment, his opinion testimony [was] not that of a retained or specially employed expert,” and thus Rule 26(a)(2)(C) applied.

Some courts have addressed this by examining the expert’s relationship with the litigation. The Western District of Illinois noted that “the application of Rule 26(a)(2)(B) depends on the expert’s relationship to the issues in the lawsuit and whether his or her relationship developed prior to the commencement of the lawsuit.” Still other courts have focused on the meaning of the words “retained” and “specially employed” in determining whether an expert is required to file the more demanding report under Rule 26(a)(2)(B). In Tolan v. Cotton (S.D. Tex., 2015), the court concluded that a witness is “retained” if he was hired to provide expert opinion and testimony in exchange for a fee, while a witness is “specially employed” if he has no personal involvement in the facts giving rise to a case but is used by a party to provide opinions and testimony bearing on the particulars of a case, without monetary payment for those services. The Tolan Court noted that the word “employ” can be defined to include payment for services, but also can be defined to mean “make use of” or “devote to” (as in time and energy). As a result, under Tolan, a party who uses an expert witness who meets either definition must serve a Rule 26(a)(2)(B) report.

Judge Schenkier found the Defendant’s argument unsuccessful that the expert was merely “a fact witness in this case who, by virtue of his educational experience, also happens to have expert opinions.” This argument mixes the questions of whether the expert may have the qualifications to offer expert testimony, and whether he developed the disclosed opinions in the ordinary course of his work or instead for this litigation. The defendant offered nothing to indicate that the expert formulated his opinions for any purpose other than this lawsuit—unlike, for example, a treating physician who is a percipient witness, calling on his expertise to diagnose and treat a person injured in an accident, and later offers expert testimony in the resulting lawsuit.

The judge also rejected the Defendant’s argument that the expert was not “specially employed” to offer expert testimony. The Court didn’t read this phrase to mean “hired,” in the sense of a retained expert who has no ongoing relationship with a party but is paid for his or her services in a particular case. Such an interpretation, the judge reasoned, would render the phrase “specially employed” superfluous to the immediately preceding word “retained.” “[W]e will not interpret statutory language in a way that renders it superfluous,” Judge Schenkier held. Instead, he agreed with Tolan that a more natural reading of “specially employed” is that of a person who is not a percipient witness but who is being specially “used” to offer expert testimony.

Judge Schenkier held that that the CEO was an expert for whom a Rule 26(a)(2)(B) expert report was required, and the report the Defendant served didn’t give the information required by that rule. In fact, the judge said that the provided report did not even contain what Rule 26(a)(2)(C) requires. The report did not provide the level of information that, as Rule 26(a)(2)(B) anticipates, could render a deposition of an expert unnecessary. Rather, the report was the “sketchy and vague” kind of disclosure Rule 26 is designed to prevent. The Defendant’s disclosure was not sufficient to allow the witness to go forward with expert testimony.

The remaining question was whether the court should bar the CEO from serving as an expert or allow the Defendant an opportunity to amend the report to provide the information Rule 26(a)(2)(B) requires. The Plaintiffs argued that exclusion of the expert’s opinions was “automatic and mandatory” under Federal Rule of Civil Procedure 37 because the Defendant’s failure to provide a disclosure that complied with either Rule 26(a)(2)(B) or (C) was neither substantially justified nor harmless. Judge Schenkier agreed with the Plaintiffs concerning disclosure of the expert as a witness on damages, but not on his disclosure as an expert witness on liability. As to the disclosure regarding liability, the judge found that the Defendant’s failure to make a proper disclosure of the expert’s opinions was not substantially justified. He found no sound basis for the Defendant to have concluded that the expert qualified as a Rule 26(a)(2)(C) witness or, even if he did, that the disclosure was sufficient to satisfy the requirements of that rule.