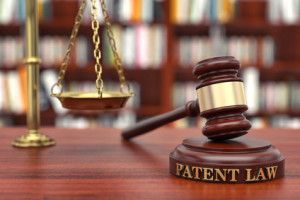 In a recent patent infringement suit, a federal district court was asked to consider the plaintiff’s Motion to Strike and/or Exclude Testimony of the defendants’ designated expert witness.

District Judge Amos L. Mazzant of the Eastern District of Texas held that, as initial matter, he would strike sections of the expert’s report that didn’t conform to his rulings. Specifically, the judge struck from the expert’s report any anticipation or obviousness combination that included a specific design system, a reference Mazzant precluded the Defendants from adding to their invalidity contentions. The Court also struck from the expert’s report the section in which he offered his opinion about how the patents-in-suit were directed to unpatentable subject matter. Judge Mazzant determined the patents-in-suit were eligible for patent protection in its earlier order denying Defendants’ motion for summary judgment.

Plaintiff didn’t contest the expert’s qualifications or the relevancy of his testimony, but instead, challenged the reliability of his report. Under Federal Rule of Evidence 702, “[r]eliability is determined by assessing ‘whether the reasoning or methodology underlying the testimony is scientifically valid.’” Pursuant to Daubert, when determining reliability, the court must focus on the expert’s methodology and not the conclusions generated by it. But if there’s too great an analytical gap between the basis for the expert opinion and the opinion proffered, the court may exclude the testimony as unreliable.

In addition, Plaintiff opposed the expert’s citation to a white paper which the judge excluded from Defendants’ invalidity contentions. In his report, the expert mentioned that a POSITA would have knowledge of the white paper. Mazzant wouldn’t strike this reference from the expert’s report, provided he used it to establish knowledge of a POSITA and not as invalidating prior art. Judge Mazzant allowed this reference for a limited purpose; as a result, the expert needed to use care to not use “knowledge of a POSITA” as a “backdoor” for introducing the white paper or any other excluded prior art. If the expert testified as such, the judge wouldn’t allow it.

The judge also held that the expert’s report sufficiently identified obviousness combinations and motivations to combine. Plaintiff claimed the expert’s opinions on obviousness were unreliable because they didn’t identify specific combinations or prior art references, a motivation to combine such references, or a reasonable likelihood of success. However, the judge ruled that Plaintiff was incorrect. The expert explained that the asserted claims were rendered obvious by various specific combinations of primary and secondary references. He not only discussed each secondary reference, but also explained that the references were directed to same field and address the same set of problems. Quoting the Federal Circuit, the judge wrote, “The suggestion or motivation to combine references does not have to be stated expressly; rather it ‘may be shown by reference to the prior art itself, to the nature of the problem solved by the claimed invention, or to the knowledge of one of ordinary skill in the art.”‘

Plaintiff also criticized Defendants for not providing a detailed analysis of each individual combination, but Judge Mazzant found that it could cross-examine the expert on any lack of specificity and argue to the jury that Defendants failed to provide clear and convincing evidence of obviousness.

Plaintiff’s Motion to Strike and/or Exclude Testimony of Defendants’ Designated Expert Witness was granted in part and denied in part, and any sections of the expert’s expert report that didn’t conform to the Court’s prior rulings were stricken.