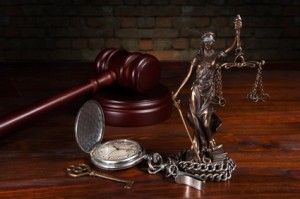 Plaintiffs hired the law firm to help with a federal criminal tax investigation but subsequently fired them. They alleged that Defendants failed to accurately file their tax returns, which resulted in significant penalties, interest, and legal and accounting fees. They also alleged that the attorney defendants dropped the ball on a civil claim.

The district court’s local rules provide that “[t]he cut-off date for all discovery, including experts and third parties, shall not be later than 115 days prior to the first day of the month of the presumptive trial date.”

After a series of delays and rescheduling, the magistrate ordered that discovery be completed by May 10, 2014. On April 9th, Plaintiffs asked the court to allow them to disclose the name of their expert witness without the expert’s report as required by Rule 26(a)(2)(B). The court didn’t rule on this motion, and the May 10th discovery deadline came and went. Plaintiffs didn’t disclose either their expert’s name or his report before the cutoff, as they said they would. Instead, on May 13th—after the discovery was closed—they filed a new motion identifying their expert but asking the court to give them more time to disclose the expert’s report.

At a hearing on May 14th, the magistrate judge denied both the April 9th and May 13th motions. Plaintiffs told the judge that they were relying upon the 90–days prior to the trial month set forth in the federal rules. Rule 26(a)(2)(D) provides that “[a]bsent a stipulation or a court order, [expert witness] disclosures must be made … at least 90 days before the date set for trial or for the case to be ready for trial.” The magistrate judge rejected the Plaintiffs’ argument. Plaintiffs also argued that their tardiness should be excused because they had difficulty gathering the funds to pay an expert witness. The magistrate judge criticized them for not raising this earlier and denied their belated request to extend discovery due to excusable neglect. Plaintiffs appealed these rulings to the district judge, and while the appeal was pending, they filed their expert report on May 28th.

Defendants moved for summary judgment. The trial judge upheld the magistrate judge’s May 15th order, excluded Plaintiffs’ expert witness, and granted the motions for summary judgment. She found no error in the magistrate judge’s rulings regarding expert disclosure. Based on these merits, she concluded that without an expert witness, Plaintiffs would be unable to establish the standard of care owed to them by either the attorneys or the accountants.

Circuit Judge Diane S. Sykes of the U.S. Court of Appeals, Seventh Circuit said that this argument was easily dismissed. Among other discovery requirements, Rule 26 requires parties to disclose the identity of any expert witness they intend to present at trial, together with “a written report—prepared and signed by the witness—if the witness is one retained or specially employed to provide expert testimony in the case.” The rule also sets a default deadline for the required disclosures, and a party must make these disclosures at the times and in the sequence that the court orders. Absent a stipulation or a court order, the disclosures must be made at least 90 days before the date set for trial or for the case to be ready for trial.

The disclosure deadline specified in Rule 26(a)(2)(D) is just a default deadline, Judge Sykes explained—the court’s scheduling order supersedes the federal rule. It was well within the judge’s discretion to reject Plaintiffs’ excuses for their tardy disclosure. The default deadline in the rule doesn’t apply in this case because there was a court order setting a discovery deadline. On January 17, 2014, the magistrate ordered that discovery was to be completed by May 10th and referred to that date as the “close of discovery.” Judge Sykes noted that Plaintiffs emphasized that the order didn’t say that “all discovery shall be completed” by that date. But that hardly mattered, she held, as adding the word “all” would have been superfluous. In their April 9th motion, Plaintiffs made it clear they understood the May 10th deadline as the final date to conclude all discovery and promised to disclose their expert’s report “well before” the discovery cutoff. Further, the Court stated that Plaintiffs’ May 13th motion for an after-the-fact extension reinforced the point, as Rule 6 says a request for an extension made after an expired deadline, may be granted by the court for good cause if the party failed to act because of excusable neglect. Plaintiffs made an argument for excusable neglect, explaining that they had difficulty raising money to pay for an expert witness. So there wasn’t a misunderstanding: Plaintiffs clearly grasped that the May 10 deadline applied to all discovery, the Court held.

If a party doesn’t make a timely and complete expert witness disclosure, the expert’s testimony ordinarily can’t be presented at trial. If a party fails to provide information or identify a witness as required by Rule 26(a) or (e), the party isn’t allowed to use that information or witness to supply evidence on a motion, at a hearing, or at a trial, unless the failure was substantially justified or is harmless. Plaintiffs’ delay was neither substantially justified nor harmless, Judge Sykes said. The district judge noted that Plaintiffs could have raised the issue of their financial constraints prior to the discovery deadline’s lapse. The trial judge also noted that reopening discovery would prejudice Defendants. Judge Sykes found this reasoning sound.

In professional negligence cases, the plaintiff bears a burden to establish the standard of care through expert witness testimony. A legal malpractice claim requires expert legal testimony to establish the attorney’s professional standard of care, with a narrow exception for “common knowledge” situations. When the “common knowledge or experience of lay persons is extensive enough to recognize or infer negligence from the facts, or … an attorney’s negligence is so grossly apparent that a lay person would have no difficulty appraising it,” a plaintiff can proceed to trial without expert testimony. The standard of care for accountants is established in the same manner as it is for attorneys—with expert testimony, the Court held. Defendants were entitled to summary judgment unless the common knowledge exception applied. There was no exception here. Plaintiffs were unable to establish any breach of duty, and the decision was affirmed.