Did the Expert Witness “Invade the Province” of the Jury? 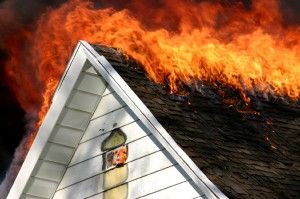 The Illinois Court of Appeals recently reviewed a case on whether or not a fire science expert witness usurped the role of the jury and prejudiced the Plaintiff at trial. This case of potential “jury invasion” stems from a residential fire claim. The Defendant Contractor installed flooring in the insured’s home, which included applying floor finish. The floor finish was a flammable liquid and users are to eliminate all ignition sources such as pilot lights and to ensure good ventilation.

The insured stayed at a hotel for the night the flooring work was being completed and returned the next day to discover the fire department had put out a fire that had started overnight. The Plaintiff paid to repair the damage resulting from the fire and sought to recover roughly $900,000 from the Defendant.

Both sides retained experts to examine the scene and physical evidence of the insured home, and each arrived at different conclusions as to the cause and origin of the fire. At a preliminary hearing, each expert gave a completely different opinion on this issue.

The trial court then reversed its earlier ruling and held that the expert could testify as an expert regarding the cause and origin of the fire based on his experience and training. The Plaintiff offered no cross-examination.

At trial, the Plaintiff’s expert testified that the fire originated in the basement of the insured’s home near a furnace. The Defendant’s expert testified that the fire originated in the kitchen and was caused by an undetermined electrical fault in the television. Both experts stated that their findings were based on the scientific methods in NFPA 921. The fire science expert subsequently testified about testing the two experts’ differing hypotheses by analyzing photographs from the post-fire investigation. He testified that the opinion of the Defendant’s expert on the origin of the fire was consistent with the post-fire evidence. On cross-examination, again, the Plaintiff failed to question the fire expert’s academic background or qualifications. The jury returned a verdict in favor of the Defendant, and the Plaintiff appealed.

The Court of Appeals disagreed with the Plaintiff and held that it was clear from the offer of proof on the fire expert’s qualifications and his testimony that he was qualified to testify as to the cause and origin of fires.

Finally, the Court of Appeals analyzed whether the fire science expert usurped the role of the jury and prejudiced the Plaintiff at trial, claiming that the fire science expert chose which party’s expert theory was consistent with the facts. The Court of Appeals disagreed and held that an individual is allowed to testify as an expert if his experience and qualifications afford him knowledge that is not common to laypersons and where the testimony will aid the trier of fact in reaching its conclusions. A jury is made up of ordinary citizens, Judge Cunningham said, and is aided by expert determinations on issues unfamiliar to ordinary people. It was free to accept or reject the expert testimony. In this case, the fire science expert testified on a matter that wasn’t within the common knowledge of laypersons—the determination of the cause and origin of a fire through the application of NFPA 921. The fire science expert was qualified to testify on this subject, and the purpose of the testimony was to aid the trier of fact in coming to the conclusion of where and how the fire started. Thus, Judge Cunningham wrote, the fire science expert’s testimony fell “squarely within the parameters of expert testimony” by assisting the jury with a matter unfamiliar to the ordinary individual. Judge Cunningham noted that there was no suggestion in the record that the Plaintiff was precluded from introducing an expert of its own to counter the fire expert’s testimony. It chose not to do so. “Simply because [the Plaintiff] did not like the outcome of the case, does not mean the province of the jury was invaded,” Cunningham stated.

Based on this reasoning, the Illinois Court of Appeals affirmed the judgment of the Circuit Court. There was no invasion.