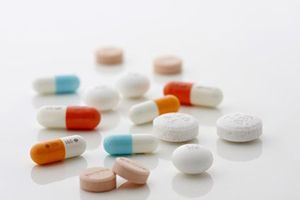 This lawsuit is one of over 800 product liability suits that were pending against the Defendant Pharmaceutical Company’s products. Its drug is used for the prevention of bone fractures in patients with hypercalcemia from cancers. All pending cases concerned the Defendant Company’s alleged failure to warn of the risk of disease of the jaw associated with the drugs’ use. For this case, the Plaintiff’s action is different from the others in that he wasn’t prescribed the drugs for cancer, but was instead prescribed the drugs to prevent fractures associated with a rare genetic disease. Plaintiff retained a dentistry expert witness for a case-wide report served in the class action stage of the multi-district litigation. The expert report discussed Plaintiff’s medical records and his genetic condition. The pharmaceutical company informed Plaintiff that the expert’s case-specific report was inadequate, and that it would move to strike it. In response, Plaintiff submitted a second case-specific report from dental expert witness. The Defendant also objected to the second report, they alleged that neither of the expert’s reports complied with the Federal Rules.

The dental expert’s First Report was a half-page letter stating he reviewed the medical records and the deposition testimony listed on the sheets attached to his letter. The expert witness wrote that after careful review of the record, combined with his knowledge of bisphosphonate bone toxicity, experience in over 350 cases, and his consideration of other possible causes of Plaintiff’s jaw problems, he concluded that the two drugs were the root cause of Plaintiff’s jaw disease. The letter did state that expert had not yet reviewed Plaintiff’s CT scans and his long bone films; he reserved the right to amend the report after reviewing those records.

Plaintiff’s expert’s Second Report was submitted to the defendant four days past the disclosure deadline but was dated the same date as his first—it was all but identical to the first, but with two additions: (i) Expert demonstrated his familiarity with Plaintiff’s genetic disease by stating he treated many cases of genetic jaw disease and had published on the disease in his textbook; and (ii) Expert stated he reviewed Plaintiff’s CT scans and found they confirmed that Plaintiff’s disease was not a product of the disease at issue from the drugs. The defendant wanted to strike both of the expert’s reports because they did not comply with the filing requirements of the Federal Rules of Civil Procedure.

The Defendant’s Second Motion to Exclude the Plaintiff’s Expert’s Specific Causation Opinions was similar to its first motion, as it also challenged whether the expert supplied enough basis for his expert opinion. The judge said that although the Motion to Exclude the Expert’s Specific Causation Opinions was better reasoned than its First Motion to Strike, the motions addressed the same core issue. As a result, the judge stated that the court would have been better served if the Defendant had taken the time to consolidate its arguments against the expert’s case-specific testimony into a single motion. Despite the overlap, the motions were granted, but the second Motion to Strike Expert Report was denied as unnecessary and duplicative. The Judge said that it was impossible to infer the content of the medical records based on the expert reports.

U.S. District Judge of the District Court of Arizona explained in his opinion that in its motion, the Defendant alleged the Plaintiff’s Expert Reports failed to comply with Rule 26(a)(2)(C); however, Plaintiff disclosed the expert witness under Rule 26(a)(2)(B), not (C). This distinction was important, the judge said. Subsections (B) and (C) distinguished between a “percipient witness who happens to be an expert and an expert who, without prior knowledge of the facts giving rise to litigation, is recruited to provide expert opinion testimony.” Experts under subsection (C) generally have actual involvement with the events giving rise to the litigation, and the disclosure required under Rule 26(a)(2)(C) “is considerably less extensive than the report required by Rule 26(a)(2)(B),” he wrote, citing the Rule Advisory Committee’s note 2010.

It was unclear whether the Defendant’s mistake resulted from a typo or a genuine misunderstanding of the Rules of Civil Procedure when the Defendant alleged Plaintiff’s Expert’s Reports failed to comply with Rule 26(a)(2)(B). The judge stated that a party planning to present an expert witness retained specifically to offer expert testimony must provide a report prepared and signed by the witness along with the initial expert witness disclosure. Rule 26(a)(2)(B) requires the report to contain:

(i) a complete statement of all opinions the witness will express and the basis and reasons for them;

(ii) the facts or data considered by the witness in forming them;

(iii) any exhibits that will be used to summarize or support them;

(iv) the witness’s qualifications, including a list of all publications authored in the previous 10 years;

(v) a list of all other cases in which, during the previous 4 years, the witness testified as an expert at trial or by deposition; and

(vi) a statement of the compensation to be paid for the study and testimony in the case.

If a report isn’t submitted in accordance with Rule 26 (a), the judge wrote, the court has the discretion to exclude the evidence associated with the expert “on a motion, at a hearing, or at a trial, unless the failure was substantially justified or is harmless.”

It was undisputed that Plaintiff didn’t include any of the information required by subsections (iv) & (v) of Rule 26(a)(2)(B) in the First or Second Report. Plaintiff argued submitting this information was not necessary because the Defendant already had access to his qualifications and publications though his participation in related actions and the earlier, class-action stages of the case. The judge responded that while the error in failing to submit this information was likely harmless, both parties had easy access to the information. Plaintiff could have easily included the required information with the disclosure reports, so as to comply with the Rule—and save both the parties and the court this “runaround,” Judge blistered.

Nonetheless, the judge held that it was not the omission of the information required by subsections (iv) and (v) that provided the impetus for striking the expert’s case-specific reports: they were stricken because they were conclusory and failed to provide any factual support for the opinion they expressed.

The expert’s First Report contained even less detail than the Second Report, and the contents of the first were entirely subsumed into the second. His report failed because it didn’t include facts in support of his conclusion that Plaintiff’s jaw damage was the result of the drugs in question. The expert witness said he formed his opinion based on Plaintiff’s medical records, but gave no indication of the content of the records reviewed—the records identified in the report’s attachment were labeled only “Medical Records.” Judge found it impossible to infer the type or quantity of medical records reviewed.

The dentistry expert’s general assertion that he used a differential analysis is itself a bare conclusion, the court held. His letter merely identified possible causes of the jaw disease, but failed to show why each alternative diagnosis was unlikely. The expert gave no details regarding Plaintiff’s specific jaw condition and no explanation as to how he determined Plaintiff suffered from the disease caused by the drugs and not from other factors.

Accordingly, both the expert’s First and Second Case–Specific Expert Reports were stricken, and his specific causation opinions were excluded from the remainder of the case.