Can an Expert Disclosed as a Fact Witness Testify at Trial? 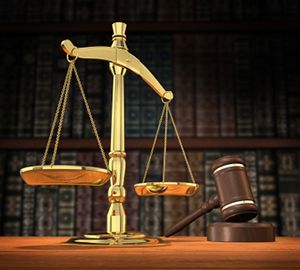 Plaintiff sought medical treatment for an eye infection. He was diagnosed with Blepharitis, an infected eye or eyelid, and was prescribed with Ofloxacin, an eyedrop treatment. The prescription was called into Defendant Pharmacy. Plaintiff picked up the prescription and began to apply the medicine to his eyes. Two days later, he was contacted by the pharmacy informing him there was an error when filling the prescription. He was given the ear-related formulation of Ofloxacin instead of the eye-related formulation. Plaintiff alleged that he suffered permanent damage to his eye as a result of this mistake.

Plaintiff filed a complaint claiming negligence on the part of Defendant. The Magistrate issued a scheduling order establishing deadlines for discovery which stipulated the deadlines for identifying any person who might be used at trial to provide expert testimony. Plaintiff provided his initial disclosures on time but failed to identify any expert witnesses. Defendant subsequently moved for summary judgment.

Defendant argued first that Plaintiff failed to identify any expert witness as required under Rule of Civil Procedure 26 and that the deadline to identify such witnesses had passed. Defendant contended that without an expert witness, Plaintiff was incapable of proving causation—an essential element of his negligence claim under Kentucky law.

The Court cited Rule 26 and a Seventh Circuit decision to find that “all witnesses who are to give expert testimony under the Federal Rules of Evidence must be disclosed under Rule 26(a)(2)(A).”

Defendant argued that summary judgment was warranted because Plaintiff failed to identify any expert witness to support his claim that Defendant‘s prescription error caused any harm. Plaintiff responded that he disclosed a causation expert, Dr. W. In his response, Plaintiff also identified a treating physician (Dr. M.) as an expert to address causation. The record showed that Plaintiff‘s initial disclosure did identify both doctors as “individuals . . . likely to have discoverable information that the Plaintiff may use to support his claims.” The Court found that this disclosure also noted that medical records kept by several doctors and a medical report from Dr. W. were documents that Plaintiff might use to support his claims and were therefore available for inspection by Defendant. But Plaintiff didn’t provide any expert disclosures or specifically identify either doctor as an expert witness but as fact witnesses.

The Court said that a party’s disclosure of fact witnesses in his initial disclosure under Rule 26(a)(1) was insufficient to allow the witness to testify as an expert under Rule 26(a)(2), and noted that the Seventh Circuit dealt with nearly identical circumstances in a case where the plaintiffs properly disclosed numerous fact witnesses under Rule 26(a)(1), but failed to identify any of them as expert witnesses. As the Seventh Circuit explained, “the error made by the [plaintiffs] was in confusing Rules 26(a)(1) and 26(a)(2): ‘[d]isclosing a person as a witness and disclosing a person as an expert witness are two distinct acts.’” As such, those witnesses were permitted to testify as fact witnesses at trial—not as expert witnesses. Moreover, the Seventh Circuit rebutted the argument that designating already disclosed witnesses as expert witnesses would be a “pointless formality.” Instead, “the identity of one party’s experts allows the opposing party to effectively prepare for trial and to consider expert-specific countermeasures, such as a motion to exclude on *Daubert *grounds.” The Seventh Circuit concluded, “[i]n sum, we agree with the district court that even treating physicians and treating nurses must be designated as experts if they are to provide expert testimony.”

In this case, the District Court found that the same analysis was true under the present facts. Plaintiff identified Dr. W. as a fact witness under Rule 26(a)(1) but never indicated that he would also be serving as an expert witness. Nor did Plaintiff make any disclosures mandated by Rule 26(a)(2). As a result, Dr. W. could only serve as a fact witness rather than an expert witness. As the Seventh Circuit noted, compliance with Rule 26 is more than a mere technicality. Rather, if Plaintiff had properly disclosed his experts, then Defendant could have more properly prepared for trial and taken appropriate countermeasures. Most notably, the District Court said that Defendant could have filed a challenge to the admissibility of expert testimony offered by Dr. W.

Defendant addressed this argument in its motion for summary judgment by noting that “[a]s previously stated, Dr. W. is not an ophthalmologist and does not possess the necessary qualifications to enable him to express any opinion regarding any possible causal relationship between the use of the OTIC solution and Mr. Plaintiff‘s subsequent symptoms.” The District Court held that since Dr. W. was never identified by Plaintiff as anything more than a fact witness, it would have been improper for Defendant to challenge his expert qualifications or to file an official Daubert motion.

The District Court also noted that Plaintiff‘s inclusion of Dr. W.‘s report in his initial disclosure didn’t cure the failure to comply with Rule 26(a)(2). Nearly all of Dr. W.‘s report detailed his treatment of Plaintiff—“entirely consistent with testimony normally provided by a treating physician serving only as a fact witness.” Because Dr. W’s report presented him as a fact witness, it didn’t place Defendant on notice of the need to prepare for his testimony as an expert witness. In fact, it was only in the concluding paragraph of a five-page report that Dr. W. obliquely addressed causation, noting that “[t]he conclusive point here is that his right eye has no symptoms and he had not used the otic solution in it, thus conclusively indicating the damage and symptoms of his left eye.” Nonetheless, the District Court said that if Plaintiff intended to have the doctor testify on causation, he was bound to comply with Rule 26(a)(2) and identify him as a qualified expert. The doctor wasn’t properly disclosed as anything more than a treating physician serving as a fact witness, and he therefore could not testify in an expert capacity.

The District Court said that it and sister courts when dealing with similar circumstances have strictly applied Rule 37(c) to exclude expert testimony for violations of Rule 26(a)(2).

While the Sixth Circuit has outlined a potential reprieve from the strict application of Rule 37(c) to exclude expert witnesses for a party’s failure to comply with Rule 26(a), Plaintiff didn’t claim a mistake in failing to comply with Rule 26(a)(2). Further, the District Court found that Plaintiff made no attempt to explain how the error occurred, that the error was substantially justified, or why the error was harmless. Plus, the Court found that Plaintiff‘s failure to disclose Dr. W. as an expert witness prejudiced Defendant.