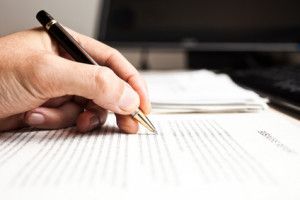 Judge Jeffrey J. Clark in Delaware Superior Court recently ruled on a motion in limine on the admissibility of an expert’s report at trial.

Plaintiff, a tenant, brought a personal injury action for damages he sustained when he fell through a hole in the residence that he previously rented from the Defendant landlords, but Defendants say that he falsified his injury claim because of his need for money and because of the parties’ legal and other disagreements.

Plaintiff' primary objection was that the expert reports of Defendants’ were inadmissible.

Judge Clark agreed that expert reports here were inadmissible, but he stopped short of Plaintiff’s contention that evidence offered pursuant to Delaware Rule of Evidence 404(b) can’t be relevant under any circumstances.

Here, the Defendants appeared to agree with Plaintiff to some extent. But they argued that they the expert reports are "admissible" for purposes of refreshing recollection and also because they fall within an exception to the hearsay rule.

In his opinion, Judge Clark wrote that expert reports are generally not admissible at trial.

This general rule, he explained, applies even though it’s conceivable—but quite unlikely—that an expert report could fall under either the recorded recollection or the records of regularly conducted activity exception to the hearsay rule.

Even so, the judge postulated that if such documents do fall into one of these exceptions from the definition of hearsay, it doesn’t automatically make them admissible. DRE 702 addresses the admissibility of opinion evidence and provides for introduction of expert testimony—not written reports.

Further, assuming there is an otherwise adequate foundation for admitting a written report, admitting both expert testimony and the expert's written report would be unduly cumulative in the context of the reports at issue. Judge Clark said that pursuant to a DRE 403 balancing test, “the danger of needlessly presenting cumulative evidence substantially outweighs the relevance provided by duplicating the experts' opinions in writing.” As a result, the Defendants' expert reports were inadmissible at trial.

Similarly, the fact that the written reports themselves were not admissible in evidence didn’t prohibit their use to refresh the recollection of the testifying experts, provided the requirements of DRE 612 apply.