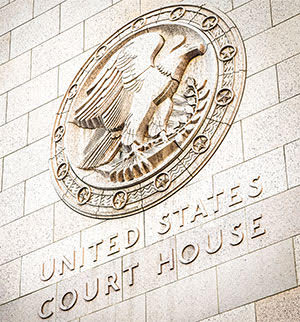 A key part of the dispute involved the plaintiff asking the Court to modify the part of the order pertaining to expert witness disclosure and designations. See generally id.

What follows is an examination of how the court resolved the matter and a summary of what attorneys and experts may expect when faced with similar situations and proposed changes of the type addressed by the federal district court.

A number of procedural questions have arisen in connection with the litigation since the complaint was made, and one such question entailed a scheduling order and the plaintiff’s application to change that order with respect to expert disclosures and designations. See Order, supra, at 1-2.

The Southern District of California follows the Federal Rules of Civil Procedure (FRCP) with respect to scheduling orders, and its website states, “Pretrial proceedings and setting of cases for trial must be governed by Fed. R. Civ. P. 16 and this rule, and by such orders as are issued pursuant thereto.” United States District Court, Southern District of California, “Local Rules,” Dec. 1, 2018, p. 21, available at" (last visited Jan. 9, 2019).

On June 25, 2018, the district court judge “entered a Scheduling Order regulating discovery and other pretrial proceedings.” Order, supra, at 2.

At the time the Order was made, the Court also “set dates for… the Expert Designations and Disclosures deadline” and “instructed that the dates and times set forth in the Order would not be modified except for good cause.” Id.

On September 25 of last year, the plaintiff sought to alter the original time that expert witness designations and disclosures were due, and he requested certain extensions of various other pretrial deadlines as well. See id., at 2-3.

The defendants opposed these changes, and the court was required to determine when a scheduling order and the expert disclosures required by FRCP 26(a)(2) can be modified. See generally id.

At the outset, the district court made clear that scheduling orders are to be taken seriously and followed precisely in general, and that, per the Ninth Circuit, such an order is “’not a frivolous piece of paper, idly entered, which can be cavalierly disregarded by counsel.’” Id., at 3 (quoting Johnson v. Mammoth Recreations, Inc., 975 F.2d 604, 610 (9th Cir. 1992).

The district judge reiterated that under the federal rules and Ninth Circuit standards, scheduling orders should not be altered unless good cause is shown. Id.

For a party to demonstrate good cause, the Ninth Circuit has interpreted FRCP 16(b) to mean that “[t]he district court may modify the pretrial schedule if it cannot reasonably be met despite the diligence of the party seeking the extension. … carelessness is not compatible with a finding of diligence and offers no reason for…relief.

Although the existence of a degree of prejudice to the party opposing the modification might supply additional reasons to deny a motion, the focus of the inquiry is upon the moving party’s reasons for seeking modification.” Id. (quoting Johnson v. Mammoth Recreations, Inc., supra, at 609).

In determining whether a party was diligent in making a request of the sort the district court outlined, the judge evaluated the plaintiff’s conduct in relation to the request. See generally id.

In this particular case, the primary issue involved the proposed extension of time to disclose the expert witness information required by the federal rules. See id., at 4-6.

The arguments put forth by the plaintiff were that the “failure to timely request an extension of the Expert Designations and Disclosures deadline was the result of excusable neglect caused by the withdrawal of Plaintiff’s principal counsel of record and a ‘switch in the support staff tasked with calendaring deadlines.’” *Id., *at 4.

In addition, because the case at issue is connected with a concurrent lawsuit in which the plaintiff is a defendant, the plaintiff claimed that his “’unsuccessful attempts to obtain discovery documents from [Plaintiff]’s other counsel’ in the Concurrent Case ‘led to [his] excusable post-deadline request.’” Id.

In response, the defendants focused on the standards articulated by the Ninth Circuit, arguing that the plaintiff failed to act diligently “in completing expert disclosures, in spite of having identified the need for an expert witness in the parties’ Joint Discovery Plan, which was filed on May 29, 2018.” Id.

The defense claimed that “In the Joint Discovery Plan, Plaintiff stated that he ‘expects to call at least one (1) damages and economic evaluation expert witness in the case.’” Id.

Although the plaintiff’s primary attorney did withdraw at one point, the defendants pointed out that the plaintiff’s current lawyer signed the Joint Discovery Plan (“Plan”), rather than the prior counsel. Id.

Moreover, the defense underscored the fact that when the plaintiff’s former attorney withdrew from the representation, it was about two months before the application for an extension of time was filed. Id.

Addressing the arguments made by each party pertaining to the deadlines for expert designations and disclosure, the Court agreed with the defense. Id., at 5.

It stated that the plaintiff did not show “excusable neglect for his failure to request an extension of the Expert Designations and Disclosures deadline before the deadline expired.

Plaintiff filed his…motion to modify the Scheduling Order…nearly three weeks after the deadline had passed.” Id.

The Court held that such requests “’should be filed no less than 10 calendar days in advance of the dates and deadlines at issue.’” Id. (quoting J. Burkhardt Civ. Chambers R. § III.C.).

The district judge did not feel that the change in the plaintiff’s attorney “and a resulting switch in the support staff tasked with calendaring deadlines amount to excusable neglect.” Id.

The Court pointed out that although the plaintiff’s primary counsel withdrew from the case, that change occurred over two months before the modification request, and the same law firm has represented the plaintiff throughout the litigation. Id.

Furthermore, the plaintiff’s current attorney “acknowledged the need for an expert witness.” Id.

Accordingly, the Court believed the plaintiff had plenty of time to retain, designate, and disclose the necessary expert(s) before the initial deadline had elapsed. See id.

The Court also spoke to the issues relating to the concurrent litigation. See id.

Adopting the defendants’ view, the judge did not find an explanation from the plaintiff as to why “difficulties in obtaining discovery from his counsel in the Concurrent Case precluded him from complying with the Expert Designations and Disclosures deadline.” Id.

The holding emphasizes that the plaintiff had several months to get whatever documents he claimed to need from the concurrent lawsuit and still meet the deadline for expert witness designations and disclosures. See id.

The takeaway from the October litigation is clear: federal courts, particularly in the Ninth Circuit, are likely to hold parties to a rigorous standard when deciding whether the requirements for expert disclosures under FRCP 26(a)(2) should be relaxed or extended. See, e.g., id.

The district court concluded that the plaintiff did not show “excusable neglect” to support revisiting the initial disclosure dates and that he did not exercise the diligence required to demonstrate a valid effort to comply with the original deadline. See id., at 5-6.

This combination led the Court to determine there was no good cause for modifying the scheduling order. See id.

The denial of the plaintiff’s request may be relevant to attorneys with federal practices, and the case law the judge relied upon came from several jurisdictions.

Civil litigators should take scheduling orders seriously and exercise the utmost care in retaining quality experts early and complying with the disclosure and designation rules for such witnesses that the federal rules contemplate.

In acting diligently with these matters, attorneys can best protect themselves and clients in the event an unforeseen circumstance arises and requires a motion to modify Rule 16(b) deadlines.

Such diligence may be the only way to establish good cause to a court’s satisfaction, and it is an important prophylactic measure every lawyer should consider.