Expert Witness Submits a Report After the Discovery Deadline 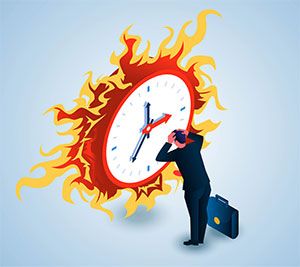 The court can preclude an expert witness or expert report for failure to comply with discovery deadline, but the rule is not absolute. A recent case in Puerto Rico federal court explains how the court must analyze the situation.

District Court Judge Daniel R. Dominguez for the District of Puerto Rico was asked to hear numerous motions by both sides in an age discrimination dispute, among which were several involving the admissibility of the employer’s expert witness.

The plaintiff was fired after being in managerial positions with the defendant since 1990. The plaintiff was 44 at the time of his termination, and was replaced by a 34-year-old. Plaintiff alleged that he was terminated due to his age, since his job performance was always excellent. Plaintiff’s salary at the time of termination was $285,816, and he later found a job for $160,000. Plaintiff filed an EEOC charge, and the original complaint was filed after the EEOC filed its Notice of Right to Sue.

The defendants responded to Plaintiff’s Motion to Preclude Trial Testimony of Defendants’ Expert Witness on the grounds that the late filing of the expert’s report was not prejudicial to plaintiff’s litigation of this case, even though the defendants’ objection was filed 10 days late.

Judge Dominguez began his discussion by stating that the court has the discretion to strike an expert witness for that party’s failure to comply with the court’s discovery deadlines. The judge cautioned that “[w]hoever defies the Court’s orders, as well as the provisions of the rules, is bound to be sanctioned…” In this case, Judge Dominguez denied Plaintiff’s Motion to Preclude Testimony of Defendants’ Expert Witness at this stage, because he accepted the defendants’ “rational tardy excuse, as opposed of being merely an excuse.” The judge believed that this tardiness was not seriously prejudicial or harmful to the plaintiff at this point in the proceedings. However, the judge added that the court has “unquestionable discretion” to sanction a non-complying party, and that sanctions vary based upon the circumstances.

In any event, before ordering the potential preclusion of an expert witness, Judge Dominguez explained in citing earlier authority that the court must examine various factors:

( a ) the opponent-party’s ability to overcome its adverse effects ( i.e., harmlessness);

( b ) the history of litigation;

( c ) the late disclosure’s impact on the district court’s docket; and,

( d ) the sanctioned party’s need for the precluded evidence.

The opposing party “shoulders a ‘heavy burden’ to prove that abuse occurred.” When determining the potential preclusion of an expert witness, he stated that there are additional factors to be considered, such as, “was the dereliction both obvious and repeated” and/or does the record reflect “that plaintiff was guilty of several discovery violations besides those related to her [his] expert witness.” The judge didn’t like the idea of imposing a “fatal” sanction just because Plaintiff failed to designate their expert in time. “Should the expert witness be one who makes or breaks a case. . . wherein the expert testimony constitutes an element of the cause of action, the preclusion constitutes a ‘closer question.’” Dismissal, he cautioned, typically should only be employed as a sanction when the plaintiff’s misconduct is extreme.

Judge Dominguez wrote that “harm” in Rule 37(c)(1) of the Federal Rules of Civil Procedure means consequential harm, “adverse effects,” suffered to plaintiff’s case presentation; “harm” has also been considered a surprise (a new theory) changing the previously expressed theories by this expert. However, no such “harm” was presented here: Plaintiff didn’t lose evidence and wasn’t harmed by forcing the retention of additional experts since he already had the appropriate economic expert. Judge Dominguez explained that the court has to look at many pertinent factors, such as the history of the litigation, the proponent’s need for the challenged evidence, the justification (if any) for the late disclosure, and the opponent’s ability to overcome its adverse effects. In addition, surprise and prejudice are important in the calculation, he said, as well as an assessment of what the late disclosure does to the court’s docket.

Judge Dominguez did, however, consider a possible monetary sanction against the defendants for the late disclosure of their expert witness and expert report. This wasn’t needed, Judge Dominguez said, because at that stage of the proceedings, there was no harm caused to the plaintiff, and the delay was short. The preclusion of the expert witness wasn’t warranted as sanction for employer’s failure to disclose expert and to file expert’s report by court-imposed deadline. The depositions of the experts witness was ordered to be taken.