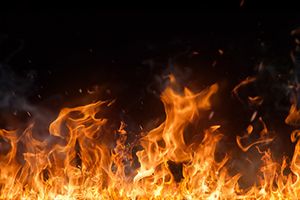 A recent ruling by the Eighth Circuit Court of Appeals says that the National Fire Protection Association's (NFPA) Guide 921 is a reliable investigation method of a professional organization, but it's not the only reliable way to examine a fire. Expert testimony based on other methods is still acceptable.

A Missouri couple's home was destroyed by fire. The plaintiffs filed products liability suit against the maker of a refrigerator that allegedly caused the fire. The jury awarded the plaintiffs approximately $1.3 million in damages. Refrigerator manufacturer appealed and argued that the plaintiffs' certified fire investigator's expert opinion on the cause of fire should have inadmissible because he did not use NFPA guidelines and did not use a sufficiently reliable methodology.

The plaintiffs retained a certified fire investigator in Missouri to determine the origin and cause of the fire. He conducted interviews with the couple and examined the house two times, and took photographs. After considering all of the factors, the fire investigator concluded the fire started in the refrigerator.

After discovery, the defendant moved to strike the opinion of the fire expert, arguing that it did not meet the standard for admissibility the Supreme Court stated in Daubert v. Merrell Dow Pharmaceuticals, Inc. The district court denied the defendant's motions, including a request to hold a hearing regarding the expert witness’ qualifications to testify.

At trial, the fire expert testified regarding his investigation of the fire scene, his conclusion, and his methods. During cross-examination, the defense attorneys questioned him about the extent to which he had employed NFPA 921, Guide for Fire and Explosion Investigations. (The NFPA is a nonprofit organization dedicated to fire prevention, and NFPA 921 establishes guidelines and recommendations for the safe and systematic investigation or analysis of fire and explosion incidents.) The defendant presented a transcript from a deposition the fire expert gave in an earlier case in which he stated NFPA 921 is the standard to which fire investigators are held. However, in this lawsuit, the expert maintained that NFPA 921 was merely a guide for origin-and-cause investigations, rather than a standard.

On appeal, the Eighth Circuit reminded the defendant that it had previously held that NFPA 921 qualifies as “a reliable method endorsed by a professional organization,” but that it has not held NFPA 921 is the only reliable way to investigate a fire. (Emphasis added.) These types of cases in the appellate court have stood for the simple proposition an expert who purports to follow NFPA 921 must apply its contents reliably. Circuit Judge Kermit Bye, who wrote the opinion of the court, explained that the fire expert's testimony could only be excluded on NFPA 921 grounds if he purported to follow NFPA 921 and did not reliably apply it to the remains of the fire at the plaintiffs' home, which was not the case. (Emphasis added.)

The defendant's attempt to impeach the expert witness with his deposition in another case in which he stated NFPA 921 is the standard to which fire investigators are held also failed. The Court of Appeals understood such evidence to mean only that NFPA 921 is a respected investigative method, not that it is a method an investigator is required to deploy in every case, including this one. The fire expert did not employ NFPA 921 because—given the extent of the destruction—he believed he could not apply the guideline. In light of this evidence, the appellate court was convinced the expert did not attempt to use NFPA 921 in his investigation. As a result, his testimony could not be excluded for a failure to reliably apply its contents.

The refrigerator manufacturer also contended that the fire expert did not use scientific methodology in his investigation. Instead, the defendant claimed, he “eyeballed” three appliances and concluded the most severely burned was the area of origin. The defendant said this technique rendered the testimony little more than a lay opinion formulated upon general observations of the evidence and general scientific principles. However, Circuit Judge Bye explained that in the context of fire investigations, the Eighth Circuit has held expert opinions formed on the basis of observations and experience may meet the reliability threshold.

The Court of Appeals affirmed the admissibility of the testimony of a fire causation expert and a mechanical expert who ruled out oil starvation as the cause of a combine fire. Those experts based their testimony on an inspection of the combine and observation of a dismantling of the combine's engine. The court held the experts used reliable methods when they “observed the relevant evidence, applied their specialized knowledge, and systematically included or excluded possible theories of causation.” Shuck v. CNH America. In a 2006 Eighth Circuit decision, Hickerson v. Pride Mobility Prods. Corp., a defendant challenged the plaintiff's expert's conclusion a motorized power scooter caused a house fire as too speculative because the expert failed to eliminate other potential ignition sources. The appellate court found “nothing unreliable” in the expert's methodology. He considered burn patterns, identified a point of origin, and eliminated as many alternative causes of the fire as possible. The Eighth Circuit found reliability in these cases without insisting upon rigid adherence to the Daubert factors, but instead examining the facts of each individual case, and considering the Daubert factors to the extent they fit the facts.

The court in the plaintiffs believed that the expert's methods were sufficiently similar to the methods found to be reliable in Shuck and Hickerson. Circuit Judge Bye said that the expert observed the relevant evidence, applied his specialized knowledge, excluded alternative causal theories, and reached a conclusion. Those methods were rigorous enough, and any analytical gap between the existing evidence and the expert opinion offered was not to the level as to require the exclusion of the testimony.

The defendant's arguments were, according to the appellate court, better addressed to the jury regarding the weight to be afforded the fire expert's opinion, rather than to the district court on the question of admissibility of the fire investigation expert.