Gene Editing & CRISPR: A Global Phenomenon & its Impact on the Legal Community 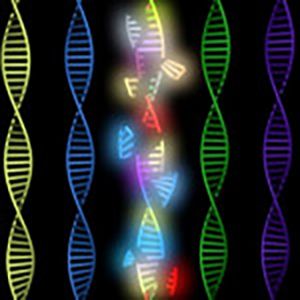 Biomedical technology has evolved rapidly over the past five years, and during this period, many mechanisms have emerged to edit genetic material. See, e.g., Megan Molteni, “Everything You Need to Know About CRISPR Gene Editing,” Wired, Dec. 5, 2017. CRISPR, a form of gene editing that has been tested and utilized in several nations, from South Korea to the United States, is gaining momentum for its efficacy and raising ethical questions as well. See, e.g., Kathleen M. Vogel, “CRISPR goes global: A snapshot of rules, policies, and attitudes,” Bulletin of the Atomic Scientists, Jun. 5, 2018. CRISPR has various applications, including the possibility to affect food, medicine, diseases, and more. See, e.g., Megan Molteni, supra. This article discusses CRISPR and gene editing and how such technology may affect the legal community.

(1). What is CRISPR?: In order to appreciate the legal questions and ethical controversies surrounding CRISPR, it is necessary to have a rudimentary understanding of what CRISPR is and how it functions. CRISPR is a form of gene (also called genetic and genome/genomic) editing that allows DNA to be altered in a certain manner. See, e.g., U.S. National Library of Medicine (NLM), “What are genome editing and CRISPR-Cas9?,” Genetics Home Reference, Jun. 19, 2018, at https://ghr.nlm.nih.gov/primer/genomicresearch/genomeediting (last visited Jun. 21, 2018). CRISPR is an acronym that stands for Clustered Regularly Interspaced Palindromic Repeats. See, e.g., Megan Molteni, supra.  The clusters are specific regions of DNA, which contain recurring sequences of nucleotides and spacers. See, e.g., Apama Visyasagar, “What is CRISPR?,” Live Science, Apr. 20, 2018, available at https://www.livescience.com/58790-crispr-explained.html (last visited Jun, 21, 2018). Nucleotide sequences are the “building blocks of DNA,” and they are “distributed throughout a CRISPR region. Spacers are bits of DNA that are interspersed among these repeated sequences.” Id.

Gene editing has taken several forms, but CRISPR is at the forefront. See, e.g., Megan Molteni, supra. The term “CRISPR” is often a reference to CRISPR-Cas9, which is “a complex of enzymes and genetic guides that together finds and edits DNA.” Id.  Cas9 is a protein enzyme that acts similarly to a pair of scissors and cuts a particular strand of DNA. See, e.g. Apama Visyasagar; See U.S. NLM, supra. As the U.S. National Library of Medicine explains, “Once the DNA is cut, researchers use the cell's own DNA repair machinery to add or delete pieces of genetic material, or to make changes to the DNA by replacing an existing segment with a customized DNA sequence.” Id.

CRISPR does not always use the Cas9 enzyme, but because that process and protein are the most frequently utilized and appear to be the most promising, references to CRISPR typically encompass the CRISPR-Cas9 process/technology. There are other Cas proteins that scientists utilized and experimented with in the past few years, and “Cas” is followed by a number (1-9) to denote the exact enzyme being used. See, e.g. Dr. Devashish Rath et al., “The CRISPR-Cas immune system: Biology, mechanisms and applications,” Bichomie, Oct. 2015, Vol. 117, p. 119-28.

Another process, CRISPR-cpf1 is also a form of genetic editing, but it involves using a nuclease (an enzyme capable of cleaving nucleotide chains) called cpf1. See, e.g., Justin Ungerer & Himadri B. Pakrasi, “Cpf1 Is A Versatile Tool for CRISPR Genome Editing Across Diverse Species of Cyanobacteria,” Scientific Reports, Dec. 21. 2016, Vol. 6, No. 39681, republished in Nature, available at https://www.nature.com/articles/srep39681 (last visited Jun. 21, 2018).

In order to be accessible and best assist legal professionals, this article surveys CRISPR/genetic editing and issues that typically arise from such technological advances. A detailed analysis of specific genetic alteration processes is omitted in favor of explaining prevalent legal questions regarding gene editing and specific considerations pertaining to CRISPR/CRISPR-Cas9.

(2). Why are Genetic Editing & CRISPR Important?: Analysts have discussed the significance of CRISPR and gene editing, emphasizing the revolutionary nature and global impact of such technologies. As one commentator expressed, “biology has undergone a seismic shift as researchers around the globe have embraced a revolutionary technology called gene editing. It involves the precise cutting and pasting of DNA by specialized proteins—inspired by nature, engineered by researchers. These proteins come in three varieties, all known by their somewhat clumsy acronyms: ZFNs, TALENs, and CRISPRs. But it’s CRISPR, with its elegant design and simple cell delivery, that’s most captured the imagination of scientists. They’re now using it to treat genetic diseases, grow climate-resilient crops, and develop designer materials, foods, and drugs.” Id.

CRISPR has been cited as having the potential to create miracles, such as eradicating malaria and saving millions of lives. See, e.g., Dylan Matthews, “A genetically modified organism could end malaria and save millions of lives — if we decide to use it,” Vox, May 31, 2018. National Geographic enumerates many possible benefits of CRISPR, which include preventing inherited conditions/ailments from being passed to future generations, eliminating currently incurable diseases by ridding DNA of the genes that carry them, saving endangered species, and bringing back extinct ones. See Karen Weintraub, “5 Reasons Gene Editing Is Both Terrific and Terrifying,” National Geographic, Dec. 3, 2015. In fact, the CRISPR-Cas9 technology is considered so effective “that researchers all over the world have adopted it in their labs.” Id.

(3). What is the Problem?: While CRISPR (and CRISPR-Cas9 in particular) appears to offer innumerable benefits to our lives and well-being, there are concerns about gene editing that are equally weighty. Many ethical questions have arisen for two reasons: (1). It is unclear what the results of certain experiments will be, and if they go awry, disaster could ensue, and (2). there is a lack of legal guidance on the matter. See, e.g., id.; See Rafi Letzler, “US Laws On Human Embryo Gene Editing Are Unexpectedly Lax,” Inverse, Jul. 28, 2017. One analyst noted that with respect to regulations from the U.S. Food & Drug Administration (FDA), there is are surprisingly few, if any, rules to prevent CRISPR from editing genes in embryos because embryos are not considered “human beings” under the regulations. See id. With little to no guidance from Congress or the Executive Branch, the question of whether and how to regulate CRISPR and genetic editing may be a matter for attorneys, adjudicators, and experts to resolve.

Numerous possibilities for litigation exist, particularly since some experts in the field wish to pursue CRISPR aggressively, while others advise caution. See, e.g., Patrick Skerrett, “Experts debate: Are we playing with fire when we edit human genes?,” Stat, Nov. 17, 2015. Several scientists who specialize in genetics and biomedical issues have called for a moratorium on human gene editing until certain safeguards are put into place, and they have argued that the greatest benefits that CRISPR offers may also be the biggest perils. See id. For example, while a positive change could last for generations, an experiment gone wrong could negatively impact the same number of people. See id.

The legal implications of CRISPR may be global, and the stakes are enormous. As one analyst explains, “To date, no internationally agreed-upon regulatory framework for gene editing exists, so each country is in the process of evaluating whether, and to what extent, current regulations are adequate for research conducted with, and applications and products related to, gene editing. A common theme: Most countries are struggling to assess whether gene editing may or may not be different from classical genetic engineering—from a research, applications, and product standpoint. The most contentious areas of debate seem to revolve around gene-edited agriculture and food products and whether they should be regulated differently from genetically modified organisms. Contentious and unresolved debates also surround human germline editing.” Kathleen M. Vogel, supra.

(4). Legal Challenges: There are a number of considerations that policymakers and adjudicators must grapple with in determining the extent to which CRISPR should be utilized. These include:

(a). Ethics: Because genetic editing entails risks and potentially serious consequences, proponents of the technology should adhere to the highest ethical standards. At some point, legislators and governing agencies may wish to address how to regulate CRISPR and genetic editing. To understand what the best ways to maximize the benefits of the technology and minimize the risks, such policymakers should consult experts in the field. Biomedical ethicists, geneticists, and other expert consultants may be able to guide what eventually will become established policy in healthy directions that are of the greatest benefit to our collective well-being.

However, the status quo has left a virtual policy vacuum with respect to rules governing CRISPR and related processes. Absent government directives, individuals often seek guidance from courts. Accordingly, attorneys who deal with genetic, biotechnology/biomedicine, and similar matters should consider the ethical aspects of CRISPR and gene editing. To accomplish this goal, the legal community will need the assistance of experts, as consultants and perhaps as testifying witnesses.

Genetic ethicists, biomedical experts, and other scientific analysts can help attorneys, judges, and policymakers determine what limits, if any, should apply to CRISPR and similar processes. Different standards might be appropriate depending upon whether the DNA involved is from human beings, another species, or something altogether different, such as medicine or agriculture. Experts in the field can an invaluable asset in balancing the risks and benefits and using CRISPR in the most ethical manner possible. This, in turn, may affect legal outcomes.

(b). Intellectual Property: Whether to use CRISPR is not the only substantial question facing the legal community; who CRISPR technology belongs to is also subject to a heated debate. A battle has emerged between a number of entities over patent rights to CRISPR, and, in particular, CRISPR-Cas9. See, e.g., Lisa M. Krieger, “UC granted a key CRISPR patent,” The Mercury News, Jun. 19, 2018. The University of California (UC) and The Broad Institute have both claimed rights to certain components of CRISPR with respect to its application in certain plant and animal cells. See id. While the U.S. Patent & Trademark Office (PTO) granted UC certain patent rights to use CRISPR-Cas9 in a limited capacity, there are broader intellectual property (IP) issues that remain unresolved by the courts at this time. See id. As one commentator expressed, “UC continues its bitter legal fight with Boston’s Broad Institute over U.S. rights to CRISPR use in plant and animal cells – a broader and arguably the most valuable patent. …UC is appealing a patent office decision that Broad can keep its key CRISPR patents. If UC loses again, that’s it; a Supreme Court appeal is considered highly unlikely. …Neutral observers think a resolution — any resolution — is what’s needed to get serious settlement talks going and maybe create a patent pool.” Id.

Regardless of the ultimate outcome of the litigation, several aspects of the situation are clear. For one, the legal controversy covers a lot of territories. In addition, it appears that litigation may be protracted, and large sums of money are being spent by both parties in the hopes of achieving a favorable result. One analyst attempted to convey how much is on the line in these patent cases, stating, “The CRISPR gene-editing tool gives scientists near godlike power: moving genes from one living creature to another.” Id. In other words, whoever wins the battle of ownership regarding parts of the CRISPR-Cas9 process may hold the keys to mind-boggling control, authority, and influence regarding our collective welfare and fate. Experts in genetics, intellectual property, biomedical patents, and similar fields may play an indispensable role in helping resolve these and related legal questions. Such experts can explain the complex matter to judges and juries comprehensibly, and consulting experts can help each party strengthen their positions for negotiation, settlement, and trial.

As CRISPR and other gene editing technologies continue to evolve quickly, legal questions will arise with nearly equal rapidity. From matters of ethics to intellectual property, attorneys in the field may face questions that policymakers have not yet provided clear answers to. Despite technological advances in recent years, genetic editing is still relatively unchartered territory from a legal perspective. To ensure their clients act ethically and avoid negative legal outcomes, attorneys should consult and retain experts, who can provide a wealth of valuable information and guidance.