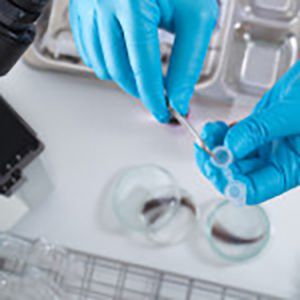 This case stems from a petition for review of a decision by the Maryland State Board of Dental Examiners.

Appellant’s license to practice dentistry was revoked by the Board in 2013 after the State charged him with violating the Dental Practice Act by testing positive for cocaine several times and failing to file required reports on his fitness to practice and sobriety.

In 1999, Appellant self-reported to the Dentist Well-Being Committee (“Committee”) for assistance with cocaine addiction. In November of that year, he entered into a consent order with the State Board of Dental Examiners (the “Board”).

The Board received the results of the laboratory analysis of a hair specimen taken from appellant which was positive for cocaine and the major metabolite of cocaine.

After a hearing, the Board revoked his license. The dentist reapplied for licensure, and the parties developed a consent agreement, which was signed on December 11, 2009. One of the terms was that failure to comply with any of the terms of the agreement, including a positive drug screen, would result in immediate suspension of his dental license without either prior notice or an opportunity to be heard, provided that he was given an opportunity for a show cause hearing before the Board.

After a notice and a hearing, and a determination of a violation, the Board could impose any other disciplinary sanctions it deemed appropriate, including license revocation if the violation was proved by a preponderance of the evidence. Appellant signed a three-year contract with the Committee which required, in addition to the drug test schedule, he would “submit written quarterly reports to the Board evaluating” his progress, and for him “to arrange for his supervisor at his place of employment” to do so as well.

His contract reiterated that “failure to comply with the Agreement, including a positive drug screen, [would] result in immediate suspension” of his license. After numerous positive drug tests for cocaine and many failures to provide a quarterly employer report or self-report over the ensuing years, the Board issued charges against the dentist in August 2012.

The Board scheduled a hearing, and a prehearing conference was held, during which the dentist’s exhibit list and the State’s Motion to Exclude were discussed. The dentist admitted he had received the State’s list of witnesses and a copy of the documents it intended to introduce.

The dentist argued that the hearing be postponed, and he be allowed to present expert testimony to rebut the test results, despite not having addressed an expert witness during the prehearing conference.

He petitioned for judicial review in the Circuit Court and for the first time, argued that the Board had exceeded their statutory authority by revoking his license for violating a consent agreement as a violation of a consent order.

The court remanded the case to the Board “to afford [appellant] for an additional opportunity to raise [whether the Board had the authority to sanction him for violation of the consent agreement] before the Board.”

Judge Melanie M. Shaw Geter of the Maryland Court of Special Appeals wrote in her opinion of the court that the Board’s decision to revoke the dentist’s license was supported by substantial evidence, and their decision to revoke his license, given the evidence presented, was not arbitrary or capricious.

The dentist, conversely, argued that an expert wasn’t required because the dentist agreed to the testing, and, since he had “failed to provide the Board the requisite reports to explain the test results,” “the Board reasonably found the dentist’s test results to be credible.”

The Court of Appeals held in Department of Public Safety & Correctional Services v. Scruggs (1989)that “administrative agencies aren’t bound to observe the ‘technical common law rules of evidence,'” but “the evidence presented must be considered ‘competent’” (emphasis by the court).

The dentist claimed that, without an expert, the drug test results weren’t proven to be sufficiently credible. Judge Geter explained that hair follicle tests haven’t been found by Maryland courts to be unreliable. As a result, it wasn’t unreasonable for the Board to have found the test results credible, and that an expert wasn’t required to explain them. The dentist contested this, given his expert’s testimony regarding hair follicle tests.

The dentist’s expert, the medical technologist, testified that he didn’t believe in hair testing, because “as far as [he knew], because of the material itself, hair is not a good test — good thing to test for because of collection exposure and, you know, atmosphere, particles and all kinds of stuff.” He stated that the FDA didn’t approve of hair follicle testing.

The dentist argued it was unreasonable for the Board to have given his expert’s testimony little weight. The dentist, conversely, argued the Board properly gave little weight to the testimony of the medical technology expert due to his unfamiliarity with hair follicle testing processes.

The medical technologist testified several times that he wasn’t familiar with hair follicle testing, didn’t know how the procedure worked, and had not practiced hair testing since 1999. His concerns with hair testing, therefore, were provided only “as far as [he knew].”

The appellate court said it was therefore reasonable for the Board to give the weight it, as fact-finder, believed was appropriate.

Judge Geter found that there were 12 violations regarding quarterly reports and a urinalysis report from the lab. In light of this, a reasonable mind could have reached the same conclusion as the Board—that that the dentist had violated the consent agreement. The appellate court found the Board’s decision was fully in accordance with the substantial evidence and wasn’t an erroneous conclusion of law.

The judgment of the State Board of Dental Examiners was affirmed.

The judgment of the Circuit Court was reversed.