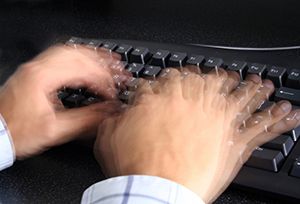 Trial preparation materials prepared by or provided to expert were not protected by the work product doctrine according to a recent decision of the Tenth Circuit Court of Appeals.

The Republic of Ecuador filed a petition for subpoenas seeking discovery from an oil company's environmental expert to defend a judgment in Ecuadorian court. Since the early 1990s, the oil company defended litigations concerning alleged environmental contamination produced in that country. In February 2011, an Ecuadorian court entered an $18.2 billion judgment against the oil company. In June 2011, the Republic filed its application in the District Court of Colorado seeking discovery from Bjorn Bjorkman to aid it in defending the validity of the judgment. The Republic alleged that Bjorkman served as one of the oil company’s chief experts and that the Ecuadorian court explicitly relied on his opinions. During the trial, the defendant retained Bjorkman, “an ecologist specializing in ecological and human health risk assessments, site investigations, and biological and biodiversity investigations.” He prepared and received documents and communications “created in anticipation of litigation with the intent that they would be kept confidential.” These documents and communications came from a variety of sources in the defendant's litigation team, including lawyers, in-house scientists, consultants, and expert witnesses.

Bjorkman and the oil company responded challenging discovery, and the district court referred the Republic's application to a magistrate. The defendant argued that the 2010 revisions to Federal Rule of Civil Procedure 26 brought the materials prepared by or provided to an expert under the protection of the work-product doctrine.

The magistrate hearing this motion granted the Republic's application and noted that Rule 26 did "not preclude the disclosure of information constituting the basis for a report, even though prepared for use in trial.” The district court adopted and affirmed the magistrate's order.  The oil company then produced “all of the facts and data [Mr. Bjorkman] considered in forming his expert opinions.” However, it withheld thousands of documents that it believed fell under Rule 26's work-product doctrine. Claiming this violated the discovery order, the Republic filed a motion to compel further production. The magistrate partially granted the Republic's motion, and held that:

The magistrate entered a stipulated protective order, limiting the Republic's use of the Bjorkman materials to “conducting the Bilateral Investment Treaty Arbitration.” While this appeal was pending, the Republic filed another motion to compel, alleging that the oil company continued to improperly withhold documents that fell under the October 2012 order. The magistrate issued two more orders clarifying the scope of the October 2012 order and compelling further production. The oil company never objected to the additional orders, and the district court never adopted them.

On appeal, the Republic argued that a § 1782 order was not a “final decision” provided “further proceedings [are] still underway in the district court.” Circuit Judge Paul Joseph Kelly, Jr. wrote the court's opinion and he cited a Ninth Circuit decision which held that a § 1782 order is final “[o]nce the district court has ruled on the parties' motions concerning the evidentiary requests." Here, once the district court affirmatively decided the proper scope of discovery under the Republic's application, it disposed of all evidentiary requests. The Seventh Circuit similar held that “when no further proceedings are contemplated, the court's last order, even if it is a discovery order, is an appealable final order.” Here the district court's last order was the October 2012 order, given that the district court never adopted the magistrate's later orders as its own.  As a result, neither were “final decisions" which would be appealable to the Tenth Circuit.

The oil company argued that the 2010 revisions to the Federal Rules caused a paradigm shift in the discoverability of documents held by experts. It argued that the Rule 26(b)(3)(A)'s “by or for another party or its representative” language protects trial preparation materials prepared by or provided to a testifying expert. The oil company also it argued that the amendment to Rule 26(a)(2)(B)(ii)'s reporting standard was intended to make clear that reporting experts are protected by the work-product doctrine. Finally, it argued that the two limited protections of Rules 26(b)(4)(B) and (C) are not the exclusive protections for expert materials but merely “examples of the broader protection provided by Rule 26(b)(3)(A).”

The Court of Appeals disagreed. The oil company relied on the change from one set of Rules to the next, Judge Kelly stated that the Court of Appeals would look to the Advisory Committee's comments to place the 2010 revisions in context.

The oil company argued that even before 2010, there was a “work product protection for expert witness materials.” Judge Kelly wrote that the appellate court failed to see how the Rules or interpreting cases demonstrated that expert materials were protected under Rule 26(b)(3)'s work-product doctrine.  Judge Kelly explained that Rule 26(b)(3)'s plain language didn't clearly mandate the result the oil company sought. The phrase, “party or its representatives,” implied agency, he said, and each of the six examples listed "connotes someone acting in either an agency or fiduciary capacity for the 'party or its representative.'”

In 1993, Rules 26(a)(1)-(4) were added, placing on each party the burden of producing “required disclosures” before being served with formal discovery. Among these disclosures is the requirement that any person retained or specially employed to provide expert testimony prepare a written report detailing that testimony. Rule 26(a)(2) required that an expert's report contain “the data or other information considered by the witness in forming” his or her opinion. Given this obligation of disclosure, Judge Kelly opined that litigants should no longer be able to argue that materials furnished to their experts to be used in forming their opinions—whether or not relied upon by the expert—were privileged or otherwise protected from disclosure when these individuals were testifying or being deposed.

Judge Kelly explained that the Advisory Committee abandoned the “facts or other information” standard for expert reporting in 2010, and adopted the “facts or data” standard now found in the Rules. Through this change, he wrote that the Advisory Committee “intended to alter the outcome in cases that have relied on the 1993 formulation in requiring disclosure of all attorney—expert communications and draft reports.” The drafters amended Rule 26(b)(4) to “make this change explicit,” and provided two exemptions to disclosure.

Contrary to the oil company's assertion that the revisions were intended to have wide-ranging effects, they appeared to alter only the outcome of cases either allowing discovery of draft reports or attorney—expert communications. Judge Kelly reasoned that had the drafters thought expert materials were protected more broadly under Rule 26(b)(3), they could have improved the protections afforded under that subdivision rather than providing two explicit protections in subdivision (b)(4).

The defendant's arguments all failed, and the Republic's motion to file a supplemental appendix was granted.