Is Expert Testimony Based on a Police Report Admissible? 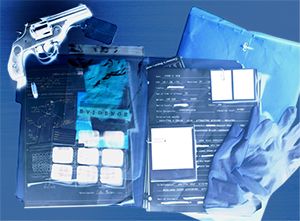 In a 2018 case, a defendant moved to exclude the expert testimony of a police procedures expert based on a police report.

U.S. District Judge Kimberly J. Mueller wrote in her opinion that under Rule 703, an expert may base an opinion on facts or data, regardless of admissibility, that are reasonably relied upon by experts in his or her field. The “trial court not only has broad latitude in determining whether an expert’s testimony is reliable, but also in deciding how to determine the testimony’s reliability,” the judge noted, citing a Ninth Circuit case from 2004 (emphasis in original). Once reliability is  satisfied, the next issue is whether the probative value of the underlying data substantially outweighs its prejudicial effect.

Aside from the business records question, Defendant‘s argued that the police procedures expert referred to the police report—rather than recent deposition testimony—to formulate his opinions. As a result, Defendant contended that the expert’s opinions were unreliable as based on incomplete or out-of-date testimony. But the judge found that this aspect of the experts’ review didn’t provide an adequate basis for exclusion. When evaluating the reliability of an expert’s opinion, the court must fully probe a witness’s knowledge and experience sufficiently to satisfy the court’s gatekeeping role. Judge Mueller explained that the court won’t exclude the testimony of the expert on such narrow grounds without allowing a more full exploration of the depth of their expertise and opinion. Thus, Defendant‘s motion to exclude the testimony of the police procedures expert was denied, without prejudice to the conduct of expert voir dire outside the presence of the jury prior to the testimony.

Defendant‘s motion was denied  as the police report and its contents are likely admissible under the business records exception, and Defendant failed to identify sufficient grounds to exclude the testimony of the expert.

In the expert context, the judge quoted a 2010 case that held that “testimony is relevant if the knowledge underlying it has a valid connection to the pertinent inquiry.”

Here, Defendant argued that “[the expert’s] opinion that  Defendant‘s use of physical force was unauthorized and unnecessary is irrelevant to the issue to be determined by the jury, and further, is prejudicial.”

In opposition, Plaintiff argued that in the consideration of a Fourth Amendment excessive force claim, purported deviation from training standards isn’t determinative of the reasonableness question—it’s merely a factor to be considered by the jury when considering reasonableness under the circumstances. Additionally, Plaintiff asserted that the expert’s testimony was relevant to the state law negligence claim, and that any testimony regarding deprivation of learning opportunities went to the issue of damages.

Judge Mueller agreed with Plaintiff. She explained that in an excessive force claim against a teacher, the teacher’s conduct is “generally analyzed under the reasonableness rubric of the Fourth Amendment.” When considering reasonableness, a fact finder must “look objectively at the specific circumstances of the school and child.”

The police procedures expert’s testimony regarding Defendant‘s use of physical force was relevant to the question of reasonableness, the judge held. Although testimony regarding deviation from training standards wasn’t dispositive, it  did aid the fact finder when considering the scope of objectively reasonable behavior under the circumstances. Similarly, in a state law negligence action, expert testimony regarding the standard of care is relevant and useful when addressing an area where specialized training is needed. Finally, Judge Mueller said testimony regarding a deprivation of education speaks to the issue of damages as it relates to future developmental harm. As such, it was relevant here.

Judge Mueller wrote that under Rule of Evidence 704(a), expert testimony relating to an ultimate issue isn’t per se improper. However, an expert witness can’t give an opinion as to her legal conclusion, i.e., an opinion on an ultimate issue of law, the judge held, citing precedent. Although at times the distinction can be “purely academic,” a witness may properly be called upon to aid the jury in understanding the facts in evidence even though reference to those facts is couched in legal terms.

Here, Defendant asserted the police procedures expert would testify that “Defendant‘s use of physical force . . . was unauthorized, unnecessary, contrary to accepted training in the educational field, and borders on the reprehensible,” and that “Defendant created a classroom environment that deprived the students of the opportunity to learn.” Plaintiff conceded that use of the terms “abuse” and “reprehensible” was potentially inflammatory and agreed not to elicit testimony referencing those terms. Nonetheless, the judge said that the expert was still allowed to testify as to “whether Defendant‘s use of force, her statements to the children, and her other conduct constituted acceptable conduct.”

At this juncture, excluding the expert testimony would be premature, the judge held. Defendant asserted that the police procedures expert’s testimony would resolve “questions that the jury needs to answer.”

However, Judge Mueller said that, at this moment, she couldn’t definitively say that he would so testify, using such precise terms and essentially substituting his opinion for the jury’s. The policy underlying Rule 704(a) is to aid the jury, and if an expert’s testimony will help without replacing the jury’s decision process, it should be allowed, she said.

Here, the expert’s testimony as proffered would be helpful. If the police procedures expert’s testimony started to infringe too closely on the jury’s function, the court would entertain objections. And the expert could be cautioned in advance to avoid the terms plaintiffs concede he shouldn’t be allowed to utter.

At this stage, Defendant‘s motion was denied.