Is Expert Testimony Required in an ADA Case? 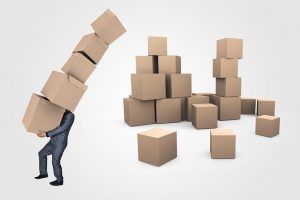 A Colorado plaintiff claimed that her former employer discriminated against her under the Americans with Disabilities Act (“ADA”) when it terminated her employment. The district court granted summary judgment to the employer.

On appeal, Plaintiff alleged the district court erred when it denied her motions to amend the scheduling order to extend the time for her to designate an expert and to amend her complaint. She also contended that the court erred when it granted summary judgment to Employer.

The parties began deposing witnesses, and Employer’s counsel told Plaintiff’s attorney that without expert evidence regarding her disability, Plaintiff’s ADA claim must fail. Employer moved for summary judgment, arguing in part that Plaintiff couldn’t establish a prima facie case of discrimination because without an expert to show that her impairment caused limitations to perform a major life activity.” At a settlement conference, a magistrate judge told Plaintiff that she couldn’t prevail without an expert witness. Plaintiff filed a motion for an enlargement of time to designate an expert witness and to amend her complaint to add ADA claims alleging discrimination on the basis of a perceived disability and retaliation.

Plaintiff filed her motion to amend the scheduling order nine months after the expert disclosure deadline, seven months after indicating her intent to file, and three months after Employer’s motion for summary judgment.

The district court denied Plaintiff’s motion to amend and granted Employer’s motion for summary judgment, holding that Plaintiff bore the burden “to establish a prima facie case of discrimination,” and stated that she “will not be able to” do so. The trial court determined she hadn’t carried this burden because she “presented no expert medical evidence that any of her major life activities have been substantially limited by her alleged disability.” The court acknowledged that Plaintiff provided a doctor’s note describing her disability but said “this note [was] not accompanied with an affidavit and therefore [was] inadmissible hearsay.”

Federal Rule of Civil Procedure 16(b)(4) provides that scheduling orders “may be modified only for good cause and with the judge’s consent.” Judge Matheson found that Plaintiff hadn’t made the “good cause” showing required under the rule.

Plaintiff gave no “adequate explanation” for this delay. She also didn’t show that she made “diligent efforts” to meet the disclosure deadline. Rather, the record shows she missed the initial deadline, expressed an intent to file a motion to extend time, and then inexplicably waited for seven months to file her motion. Her lack of “diligent efforts,” and unjustified “failure . . . to proceed promptly with . . . trial preparation,” do not constitute good cause, Judge Matheson said.

The district court denied Plaintiff’s motion to amend because she failed to meet the requirements under Rules 15(a) and 16(b)(4). The Sixth Circuit panel affirmed that decision based on Plaintiff’s failure to satisfy Rule 16(b)(4). The Rule 16(b)(4) analysis is the same for a motion for leave to amend as for a motion to enlarge time, the Court said.

Plaintiff sought leave to amend her complaint to add claims for retaliation and discrimination based on a perceived disability. She filed her motion almost 10 months after the court’s amendment deadline. At district court, she attributed this delay to her attorney’s “lack of experience and knowledge at the beginning of the litigation.” She also argued that her proposed amendments were based on new information—namely, deposition testimony that Employer “discussed firing Plaintiff . . . only after she made an oral request for accommodations.”. The district court found these explanations unpersuasive, stating, “I see no reason why [Plaintiff] could not have asserted her claims in the Complaint.”

The Sixth Circuit agreed. The record showed—and Plaintiff admitted—that she “was aware of the facts on which the amendment was based for some time prior to the filing of the motion to amend.”

Plaintiff argued that she wasn’t required to establish her disability through expert medical evidence and that her failure to provide an expert witness didn’t entitle Employer to summary judgment. Employer insisted that the Court not address this argument because Plaintiff raised it for the first time on appeal. The Sixth Circuit disagreed. The general rule that an appellant has forfeited an issue raised for the first time on appeal does not apply when the district court relied on that issue to rule against the appellant. On the merits, the district court erred when it granted summary judgment to Employer on the ground that Plaintiff did not present expert evidence to establish her disability.

Because Plaintiff didn’t present her argument about expert medical testimony to the district court, the Sixth Circuit would generally hold it forfeited and would review it only for plain error. However, the district court “explicitly” determined that expert testimony is required to establish disability under the ADA. In its order granting summary judgment for Employer, the court stated that Plaintiff could not establish a prima facie case of discrimination “because she has presented no expert medical evidence that any of her major life activities have been substantially limited by her alleged disability.”

This analysis has three steps. First, the plaintiff must make out a prima facie case of discrimination by demonstrating the three elements. The burden then shifts to the defendant to articulate a legitimate, nondiscriminatory reason for its actions. If the defendant proffers such a reason, the burden then shifts back to the plaintiff to show that the defendant’s stated reasons are merely ‘pretextual. The Sixth Circuit explained that the summary judgment ruling in this case focused on the first element of a prima facie case of discrimination. This element requires the plaintiff to meet the statutory definition of “disability” in 42 U.S.C. § 12102(1).

Judge Matheson explained that when the claim is for discrimination based on an actual disability, the plaintiff must show “a physical or mental impairment that substantially limits one or more major life activities.” The ADA doesn’t define “physical or mental impairment,” but an EEOC regulation specifies that the terms encompass “[a]ny physiological disorder, or condition . . . affecting one or more body systems, such as neurological, musculoskeletal, special sense organs, respiratory (including speech organs), cardiovascular, reproductive, [or] digestive . . . .” The regulation also states that “[a]n impairment is a disability within the meaning of [the ADA] if it substantially limits the ability of an individual to perform a major life activity as compared to most people in the general population.” The ADA regulations specify that “[t]he comparison of an individual’s performance of a major life activity to the performance of the same major life activity by most people in the general population usually will not require scientific, medical, or statistical analysis.” However, Judge Matheson pointed out that the regulations do not “prohibit the presentation of scientific, medical, or statistical evidence to make such a comparison where appropriate.”

The Sixth Circuit explained that expert medical testimony may be used to establish a plaintiff’s disability. Citing First and Seventh Circuit decisions, the court said that there’s no language in the ADA or its implementing regulations that says that medical testimony is required.

Judge Matheson held that whether Plaintiff can make a prima facie case of a disability, and whether her doctor’s note can be considered at summary judgment, is open to the district court’s further consideration.

The Sixth Circuit affirmed the district court’s denials of Plaintiff’s motion for an enlargement of time to designate an expert witness and of her motion to amend the complaint. But the Court reversed the summary judgment order and remanded the case for further consideration of summary judgment.

The district court did not abuse its discretion when it found Plaintiff had not shown cause” to extend the scheduling order as required under Rule 16(b)(4). The district court granted summary judgment because Plaintiff didn’t have a medical expert witness to prove she suffered from lower back pain that substantially interfered with her ability to lift. The Court disagreed that the ADA always requires an expert.