Should a Judge Allow a Plaintiff to Supplement an Expert's Report? 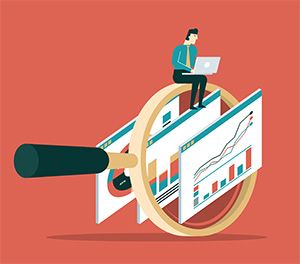 After the judge entered the scheduling order, Plaintiff was given an extension for its expert disclosures. Plaintiff disclosed its experts to Defendant and e-mailed a copy of the disclosures to the judge pursuant to the order.

Plaintiff’s experts included a certified public defendant and third-party power & light company to supplement his report, depending upon the information in the documents.

Plaintiff asked for a further extension for the forensic electrical engineer’s report or the ability to supplement his report.

In support of its argument, Plaintiff claimed that it obtained additional documents from Defendant and the power & light company “that are relevant to and affect the opinions and analysis of its expert.”

As such, it was required to update the report prior to the deposition.

In response, Defendant argued that the expert’s report was incomplete, and Plaintiff couldn’t prove that its failure to provide a complete report was substantially justified or harmless.

U.S. Magistrate Judge Julie S. Sneed wrote in her opinion that pursuant to Federal Rule of Civil Procedure 26, a party must disclose to the other parties the identity of any expert witness it may use at trial.

The expert disclosure must be accompanied by a written report that contains “a complete statement of all opinions the witness will express and the basis and reasons for them” and “the facts or data considered by the witness in forming them.”

Expert disclosures must be made “at the times and in the sequence that the court orders.”

The judge said that parties must supplement their expert disclosures in accordance with Rule 26(e). That rule requires a party to supplement or correct its disclosure “in a timely manner if the party learns that in some material respect the disclosure or response is incomplete or incorrect and if the additional or corrective information has not otherwise been made known to the other parties during the discovery process or in writing.”

Any additions or changes to an expert’s report or to information given during the expert’s deposition “must be disclosed by the time the party’s pretrial disclosures under Rule 26(a)(3) are due.”

Unless otherwise ordered by the court, these disclosures must be made at least 30 days before trial.

The judge said that an expert report may be supplemented, pursuant to Rule 26(e), when the party learns that the original disclosure is incomplete or incorrect; however, it can’t be supplemented to cure a major omission or to remedy an expert’s inadequate or incomplete preparation.

Quoting an earlier decision from the Middle District of Florida, the judge wrote that “[t]here is nothing in Rule 26 prohibiting a witness, even an expert witness, from timely providing new or modified opinions to complete or correct information previously provided or reported” and “[i]ndeed, the witness who learns of new material information not previously disclosed is obliged to timely disclose the information to the parties.”

Rule 26(e) “permits supplemental reports only for the narrow purpose of correcting inaccuracies or adding information that was not available at the time of the initial report,” Judge Sneed wrote, quoting another Florida district court case.

However, the judge explained that Rule 26(e) “is not a device to allow a party’s expert to engage in additional work, or to annul opinions or offer new ones to perfect a litigating strategy,” quoting a Northern District of Georgia decision. Instead, the rule “imposes a duty on parties to comply with the disclosure deadlines. It grants them no right to produce information in a belated fashion.”

She noted that “[c]ourts have broad discretion to exclude untimely-disclosed expert witness testimony – even when they are designated as ‘supplemental’ reports . . . [c]onsequently, a party cannot abuse Rule 26(e) to merely bolster a defective or problematic expert witness report,” again quoting the Florida district court case.

Further, Rule 37(c)(1) states that “[i]f a party fails to provide information or identify a witness as required by Rule 26(a) or (e), the party is not allowed to use that information or witness to supply evidence on a motion, at a hearing, or at a trial, unless the failure was substantially justified or is harmless.”

The Rule’s advisory committee’s note to the 1993 amendment explains that this sanction is “self-executing” in that it may be imposed without the filing of a motion under Rule 37(a).

Here, the Plaintiff sought to supplement its expert’s report with information from documents produced by Defendant and the power & light that weren’t previously produced during discovery.

Defendant argued that it was prejudiced by Plaintiff’s failure to provide a complete report because it hindered its ability to assess the case and prevented its experts from providing complete reports.

However, as Defendant pointed out, the judge granted an extension for Defendant’s expert. Defendant further asserted that Plaintiff’s subpoena to Defendant was dated April 3rd, and Plaintiff didn’t file a motion with the court seeking relief from Defendant’s alleged failure to comply with the subpoena.

Defendant also made the similar argument that Plaintiff never filed a motion alleging that Defendant’s discovery responses were deficient.

Plaintiff said that its counsel acted with due diligence in attempting to obtain the additional documents from Defendant after learning of the additional records through its own expert.

With regard to the subpoena to Defendant, it contended that it attempted to obtain the necessary records and documents “through numerous communications and contact” with Defendant’s counsel.

The judge further noted that Plaintiff wanted to supplement its expert disclosure partially based on documents provided by Defendant.

As such, the judge said that Defendant would clearly not be surprised by any information contained in the documents.

To ameliorate any claimed prejudice or surprise to Defendant, Plaintiff was ordered to provide its supplemental expert disclosure prior to its experts’ depositions.

As a result, Plaintiff’s motion for extension of time as to its expert disclosure deadline or to allow plaintiff’s expert to supplement its report was granted.