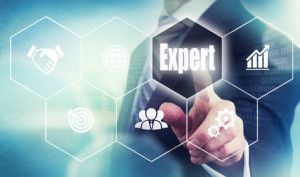 U.S. District Judge Susan Richard Nelson in Minnesota recently determined the extent to which the attorney-client privilege protected a law firm’s preparations with an employee/expert under Rule 26(a)(2)(B).

At the heart of this dispute was Plaintiff’s decision to designate a non-reporting, testifying expert witness pursuant to Rule 26(a)(2)(C). The individual was a named inventor on five of the asserted patents in the underlying action and was one of the founding members of Plaintiff’s predecessor-in-interest, as well as Plaintiff’s paid consultant on design and development of new products and development of patent strategy.

The parties made cross-objections to Magistrate Judge Franklin L. Noel’s order granting Defendants’ motion to compel compliance with an earlier order. Plaintiff objected to the order, arguing that its interpretation of the scope of the waiver of attorney-client privilege triggered by the testimony of a non-reporting expert witness was overly broad. In contrast, Defendants agreed with the ruling, but objected to the decision to grant Plaintiff an additional 21-day period to decide whether to accept disclosure of privileged communications or withdraw its non-reporting expert and maintain the privilege.

Plaintiff first identified the patent expert as an individual “likely to have discoverable information” in its Rule 26(a)(1)(A) disclosure. Defendants responded by serving him with a document subpoena and deposing him as a fact witness. Plaintiff objected to every one of Defendants’ document requests on privilege grounds and instructed its expert not to answer certain questions during his deposition.

Plaintiff filed its Rule 26(a)(2)(C) disclosure, identifying the expert as a proposed non-reporting expert witness, and Defendants moved to require the patent expert to submit an expert report pursuant to Rule 26(a)(2)(B). The Magistrate said no, finding that because the expert was not specially retained to provide expert testimony, but rather would testify on the basis of percipient knowledge, he wasn’t subject to Rule 26(a)(2)(B). Defendants then moved for an order overruling the expert’s privilege objections to his earlier discovery responses, arguing that by putting the patent expert forward as a non-reporting expert witness under Rule 26(a)(2)(C), Plaintiff waived attorney-client privilege as to materials provided to the expert for his testimony. Plaintiff argued that the 2010 amendments to the Federal Rules, which created the distinction between reporting and non-reporting expert witnesses, said that attorney-client privilege would be waived only in limited circumstances not present here.

The Magistrate agreed with Defendants, noting that the state of the law on expert testimony and waiver of privilege prior to the 2010 amendments generally held that all documents and information disclosed to any testifying expert in connection with his testimony, including any communications with attorneys, were discoverable by the opposing party.

Looking to the advisory committee notes for the 2010 amendments, the Magistrate determined ultimately that they “did not change any existing precedent regarding privilege waiver of non-reporting experts that existed prior [to 2010].” Because there was no dispute between the parties that prior to 2010 all documents and information considered by a testifying expert were subject to discovery, he concluded that “any documents and information considered by . . . the expert in connection with his expert testimony, including communications with attorneys are discoverable.” The Magistrate then gave Plaintiff a choice to either produce all such documents within 21 days, or, if it preferred to maintain its privilege, withdraw the designation as a non-reporting expert witness.

Plaintiff notified Defendants that it would go ahead with the expert as a non-reporting expert witness and produced additional documents it said were all of documents not previously disclosed that had been considered by the patent expert in connection with his proposed testimony. Defendants moved to compel compliance with the Magistrate’s order, arguing that Plaintiff’s privilege log identified hundreds of documents and other communications considered by the expert but not disclosed, in violation of the order. Plaintiff responded with a motion for a protective order limiting the scope of Defendants’ discovery requests.

The dispute focused on the proper interpretation of the word “considered” in the order and whether the term should be interpreted broadly to encompass all materials that the expert “generated, saw, read, reviewed, and/or reflected upon”—whether he ultimately relied upon them in forming his opinions or not; or interpreted narrowly to mean just the documents actually used by the expert. The Magistrate again agreed with Defendants, concluding that “the ambit of the term ‘considered,’ in the context of Rule 26(a)(2)(C) discovery, . . . encompasses material not only used, but generated, seen, reviewed, and/or reflected upon.” Rather than immediately require production of the withheld documents, however, the Magistrate again gave Plaintiff 21 days to elect to withdraw the patent expert ‘s designation as a non-reporting expert witness.

Both parties filed objections to the Magistrate’s order. Plaintiff argued that the magistrate’s reading of the scope of the waiver of attorney-client privilege went well beyond the limited waiver envisioned by the framers of the 2010 amendments and beyond the bounds set by prior precedent. Defendants agreed with the Magistrate’s interpretation of the scope of waiver, but argue that it was error to grant Plaintiff yet another 21-day period in which to reconsider its election of witness a non-reporting expert witness.

Plaintiff had 14 days to file objections to the Magistrate’s order or waive any assignment of error, and didn’t object to the court’s decision on waiver of privilege and non-reporting expert witnesses. As a result, Magistrate Noel’s conclusion of law that pre-2010 case law on waiver of privilege continued to govern non-reporting expert witnesses wasn’t properly before the Court. Judge Nelson said what was properly before the court was the much narrower matter of the later order: what scope to give to the waiver of privilege attached to the patent expert ‘s testimony as a non-reporting witness. In light of the earlier order, Nelson explained that answering this question required little more than looking to see whether the magistrate judge properly applied the law of waiver as it stood prior to 2010.

As the Magistrate noted, the waiver of privilege attached to the expert ‘s status as a non-reporting expert extends to any materials considered in connection with his proposed testimony. Courts have clearly and repeatedly recognized that the term “considered” is to be interpreted broadly in this context, and as a result, the scope of waiver wasn’t limited by subjective questions of whether the expert actually relied on or used the documents and information to which he was exposed in crafting his opinion. The critical point was that he was exposed to those materials. Judge Nelson found that this rule recognizes that part of the purpose of expert discovery is to discover not just the information that the expert used in reaching his conclusions, but also what information he ignored or failed to properly incorporate into his analysis. In light of such considerations, the Magistrate, she said, was correct to hold that “the ambit of the term ‘considered,’ in the context of Rule 26(a)(2)(C) discovery, . . . encompasses material not only used, but generated, seen, reviewed, and/or reflected upon”… a position that was well supported both by pre- and post-2010 case law.

Because more than 21 days had elapsed since Magistrate Noel’s order was issued, Judge Nelson modified the period of election to seven days. If Plaintiff wanted to proceed with the witness as a non-reporting expert witness, it had to produce the materials specified within that time. Otherwise, if it wanted to maintain its privilege, it had to withdraw the expert’s designation under Rule 26(a)(2)(C).