Judge Says “No” to Admitting New Expert Testimony as Rebuttal 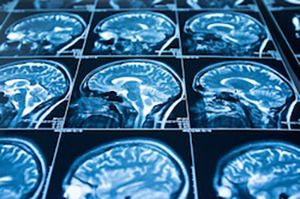 A dispute stems from an accident in Utah where a part of Defendant’s tractor trailer got stuck in the highway while the driver was trying to do a U-turn. Plaintiffs A and B crashed into the trailer while it was stuck and sustained injuries. As part of this litigation, a Utah District Judge of the United States District Court heard several pre-trial motions in limine concerning the exclusion or limitation of expert testimony.

Plaintiffs sought to use the results of an MRI study and the radiology report of their doctor (“Plaintiffs’ doctor”) for purposes of cross-examining Defendant’s neuropsychological expert. Plaintiffs also sought an order allowing a second doctor to testify regarding how those studies supplemented his opinion regarding Plaintiff B’s brain injury.

Plaintiff B had a brain MRI conducted along her emergency room CT scan. Ten days later the doctor reported he found uncontested signs of traumatic brain injury in the DTI and MRI imaging. Plaintiffs attempted to use the doctor’s report as rebuttal evidence to Defendants’ medical expert. Defendants moved to strike the report of Plaintiffs’ doctor, and the Magistrate granted the motion.

The Magistrate held the report of Plaintiffs’ doctor exceeded the scope of proper rebuttal evidence and was being used instead to bolster its case-in-chief when they had already chosen not to have the brain MRI included. Plaintiffs objected to that ruling.

Even with the district court’s ruling affirming the Magistrate on the issue, Plaintiffs asked the Judge to allow them to present the doctor, whose MRI studies and report were for cross-examination of Defendants’ expert neuropsychologist. Plaintiffs made this strategic decision because if they conducted the MRI for their case-in-chief, they ran the risk that the results would be unfavorable and still needed to disclose the results. Instead, Plaintiffs waited until they have a favorable MRI result, and then tried to submit it on rebuttal. Judge agreed with the Magistrate—Plaintiffs’ doctor’s evidence didn’t discuss Defendant’s expert neuropsychologist’s report or methodology. Hence, it wasn’t rebuttal evidence, but instead raised entirely new evidence that would require Defendants to retain an entirely new expert radiologist. Further, the district Judge based his decision on the fact that expert discovery was closed, and trial was about to start. There were insufficient grounds for ruling for the Plaintiffs on the issue, and cross-examination on an MRI or radiology report would yield very little probative evidence.

Plaintiffs also asked to allow their second doctor to testify on the MRI, but the Judge said it was the same story: there was no evidence that this doctor would be qualified to testify on the MRI, but could only say that a radiologist agreed with his opinion. The Judge explained that such testimony was an improper and a back door way of getting evidence into trial that could not get in the front door. Plaintiffs made the strategic decision to use their second doctor as their expert, and he had the same speciality as Defendant’s expert neuropsychologist. Allowing Plaintiffs’ second doctor to state that his opinion was later supported by a doctor of a different specialty is improper rebuttal evidence. Accordingly, Plaintiffs’ motion to introduce the MRI result was thus denied.

Defendants also wanted a coverall order precluding any retained experts from offering opinions which weren’t set forth in their respective reports or depositions. Defendants wanted to ensure that the parties would not be ambushed by previously undisclosed expert opinions at trial. Plaintiffs asked for this motion to be denied because it lacked specificity.

The District Judge agreed and noted that Defendants’ motion reiterated the rule relating to expert witness disclosure but it didn’t set out any specific evidence to which they objected. The court and parties agreed that under the rules, opinions that were not previously disclosed would not be admissible. In Means v. Letcher (10th Cir. 2002), the Tenth Circuit referred to a motion in limine that excluded “from trial any and all expert opinions offered by plaintiffs which were not set forth in the expert’s Rule 26 report or deposition.” The District Judge recognized that the Tenth Circuit didn’t object to a broadly phrased motion in limine, but he agreed with Plaintiffs that Defendants did not meet their burden of establishing that any specific evidence is inadmissible.

The judge explained that Defendants’ motion was not addressing a particular witness, but experts in general. Defendants should have identified which expert witness concerned them and what additional testimony they thought that witness might attempt to give at trial. Because there was no specific witness or evidence at issue, the Judge denied Defendants’ motion as being too vague.

So both sides were reined in as far as their expert testimony. Rebuttal evidence needed to rebut, and vague orders for undisclosed experts needed to be specific.