Language Barrier Is Detrimental to Safety in the Construction Industry 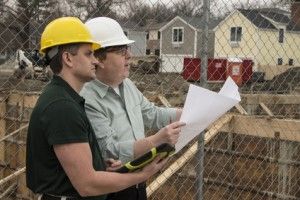 According to Gogulski, “Every general contractor knows the truth but few dare to openly express it: the more non-English speaking workers employed on site, the greater the risk of errors and accidents.”

Paul Gogulski’s claim is partly inspired by his experience as a project manager for a New York City general contractor. He related an anecdote about how when he was involved in renovating a 60,000 sq ft. high-rise building space, all workers were told by the contractor that sheer walls painted with a large “X” were to be left alone during a demolition. However, communication problems led to a dangerous mishap.

“My superintendent and I rushed to the sheer walls and observed in horror as [36 non-English speaking] workers were swinging sledge hammers at the walls marked “X” with all their might,” related Gogulski.

Though language barriers on construction sites continue to cause safety hazards, the issue remains controversial. Gogulski told of a time he was called as an expert witness for a case involving a worker who was permanently disabled when a piece of duct work knocked him off of a ladder.

According to Gogulski , the accident was due to miscommunication caused by a language barrier. A non-English speaking member of the demolition crew had already removed some straps from the same piece of duct work but was unable to communicate that fact to English speaking workers.

During the trial, when asked for the cause of the accident, Gogulski responded by stating that the accident was due to the fact that the demolition crew couldn’t speak English.

The judge disregarded Gogulski’s expert opinion as a racial remark and had it stricken from the record. But Gogulski doesn’t view his remarks as a matter of race, but rather as a matter of safety. “The current policy of promoting bilingual languages … has a negative impact on the frequency of accidents in the construction industry.

OSHA’s general-duty clause requires every employer to provide each employee with a work environment “free of recognized hazards.” Gogulski firmly believes that when a contractor’s personnel cannot speak English, such a recognized hazard already exists.