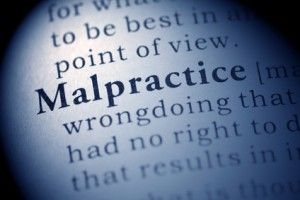 Missouri law states that expert testimony is required on the duty of care owed to a client in a legal malpractice claim. The Eighth Circuit’s recent decision ruled that the legal malpractice lawsuit without an expert witness is invalid.

A former client brought an action alleging that his former attorney, who was convicted numerous counts of financial fraud, committed legal malpractice in handling client’s investments. The client appealed the district court’s adverse grant of summary judgment. The client hired the attorney to help him invest millions of dollars because the attorney represented himself as an expert in international investments. The attorney assured the client that there would be no risk in investing the money in a foreign company and that the client’s interest would be protected.

However, the attorney used the money for his own gain and was convicted of nine counts of wire fraud, four counts of mail fraud, six counts of money laundering, and one count of conspiracy to commit mail and wire fraud. After the attorney’s convictions, the client brought suit for legal malpractice.

The attorney moved to exclude any evidence of his alleged malpractice because Missouri law requires expert testimony to establish a legal malpractice claim. And the client had failed to name an expert witness. Because of this, the attorney argued that any evidence about that subject should be excluded.

The district court explained that the client was not alleging a simple situation of negligence: he was not claiming that the attorney was negligent because he falsely told the client the loan was guaranteed by contracts. Instead, the client alleged that the attorney negligently advised him that the loan was a safe investment because there were assets that could be seized in case of a default. That second situation, the district court continued, raised a complex question, and the answer required a showing:

(1) whether the attorney exercised the appropriate standard of care when investigating whether collateral existed and when attempting to seize assets after a default; and

(2) that the client would have recovered on the defaulted loan but for the attorney’s negligence.

That claim was not submissible to a jury, the district court ruled, because the client failed to name an expert who would testify about the appropriate standard of care.

On appeal, the client argued that his complaint focused on the attorney’s false representation that the loan was guaranteed by the contracts. An expert witness, the plaintiff asserted, was not required for that claim, as his claim could be proven with the client’s testimony that he relied on the attorney’s false advice. The client concluded that summary judgment improperly was granted to the attorney, and the case should have been presented to a jury.

The Eighth Circuit agreed the district court. Judge Jane Louise Kelly of the U.S. Court of Appeals noted in her opinion that the client’s complaint framed the action as legal malpractice based on negligence. To establish a claim of negligence under Missouri law, a plaintiff must show, among other things, the existence of a legal duty and a breach by the defendant of that duty. State law also provides that in cases of professional negligence, “the specific duty is defined by the profession, itself.” Thus, Judge Kelly wrote, an expert witness is generally necessary to tell the jury what the defendant should’ve or shouldn’t have done under the particular circumstances of the case, and whether his or her actions or failure to do that act violated the standards of care of the profession (and, thus, constituted negligence). As such, the standards must be presented by an expert.

However, Judge Kelly explained that there are exceptions to the requirement of expert testimony. Expert testimony isn’t required if the negligence at issue is “clear and palpable to a jury of laymen,” such as failure to file a claim within the statute of limitations. Here, the client alleged the attorney negligently prepared a Promissory Note. But to determine whether the attorney negligently handled the Note, Judge Kelly held that a jury would need to know what an attorney, “under the same or similar circumstances,” would have done and why the attorney’s actions were unacceptable. Because the alleged lack of care would not be “clear and palpable” to most lay persons in this case, this exception didn’t apply.

The client also argued the attorney’s negligence would be within the “common knowledge” of the jury, which was another potential exception to the expert testimony in a professional negligence action. However, Judge Kelly held that whatever knowledge or skill the attorney allegedly should have had to prevent the collapse of the loan and loss of $5 million wasn’t obvious or common knowledge. Rather, it was technical and based on the nature of the deal and the profession. Whether the attorney improperly followed that standard required the testimony of an expert in international law and/or international transactions.

The Eighth Circuit agreed with the district court’s conclusion on the basis for the client’s malpractice claims. The client was required to name an expert who would testify on the proper standard of care or an attorney in this case. The plaintiff’s failure to retain an expert, under state law, rendered his claim of professional negligence not submissible. The district court’s grant of summary judgment was affirmed in favor of the defendant attorney.