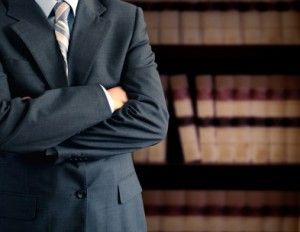 In the state of Virginia, a law firm was hired to bring a medical malpractice action on behalf of an injured woman who was paralyzed after surgery. About 18 months after their engagement, the law firm filed its first compliant in Virginia state court, which was dismissed without prejudice for failure to correctly caption a pleading. A second complaint on behalf of the injured woman was dismissed with prejudice for filing outside the statute of limitations. Shortly after this, the law firm applied for and obtained a new professional liability insurance policy. The injured woman sued the law firm for legal malpractice some time later and obtained $1.7M judgment. The law firm sought coverage from its insurer.

At issue in the case was the insurance coverage and whether at the time the law firm applied for its new policy it was on notice that it had committed a breach of professional conduct or otherwise should have foreseen that the dismissals could give rise to a legal malpractice claim. If that was the case, the insurer was relieved of any obligation to cover the malpractice claim under the policy's “known risk” exclusion (also referred to as a “prior knowledge,” “known risk,” or “known loss” exclusion). The clause meant that pre-policy conduct wouldn’t be covered if the firm had a reasonable basis “to believe that the [firm] had breached a professional duty” prior to the policy's issuance or to otherwise foresee that pre-policy conduct might result in a claim against the firm.

Specifically, while the state court appeal was still pending, the law firm applied for a new insurance policy. When asked whether there were “any circumstances which may result in a claim being made against [his] firm,” despite the recent dismissal of the young woman’s claims, the partner said “no.” The insurance company brought this declaratory judgment action, arguing that the law firm should have known of the potential claim when it applied for the policy and that the known risk exclusion applied. The District Court granted summary judgment in favor of the insurance company, and the law firm appealed.

The U.S. Court of Appeals, D.C. Circuit, Judge Robert L. Wilkins explained that the issue was whether a reasonable attorney in the law firm's situation would have noticed by the time of the new insurance application a possible breach of professional duty or a potential malpractice claim to the extent that there was an obligation to disclose the underlying incident to the insurer. Judge Wilkins wrote in his opinion that the question is appropriate for summary judgment only if “a reasonable jury ‘can draw but one inference and that inference points unerringly to the conclusion that the insured has not acted reasonably under the circumstances.’ ”

The D.C. Circuit agreed that no reasonable jury could have found evidence against the insurance company on this question in light of the fact that the law firm tried to correct its first complaint after it was dismissed for an improper caption. In addition, it was also undisputed that the law firm knew that its attempt to correct the error had failed at the trial level, and that the injured woman’s claims were going to be dismissed with prejudice.

The law firm argued on appeal that expert testimony should have been required to determine what a reasonable attorney might have foreseen. However, Judge Wilkins said that this was unfounded. Although expert testimony is generally required in legal malpractice actions where lay jurors are ill-equipped to evaluate the merits of an attorney's strategic decisions, no expert testimony is required if an “attorney's lack of care and skill is so obvious that the trier of fact can find negligence as a matter of common knowledge.”

Judge Wilkins pointed out that the Virginia state court “did all the expert legal work needed here in dismissing the cases based on the law firm's procedural error prior to decision on the merits.” Nothing more than this dismissal with prejudice—which can be explained to a jury through lay testimony and court records—was needed to establish that the injured woman’s legal malpractice claim was reasonably foreseeable.

The law firm failed to cite any cases holding that expert testimony is necessary to determine when a law firm should have known to notify its professional liability insurer of a possible claim, and the Circuit Court likewise found no such cases. However, there are many cases that hold that no such testimony has been required.

For these reasons, the insurance company was entitled to summary judgment in this case and the District Court's decision was affirmed.