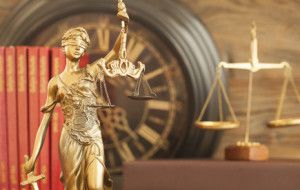 Once lawsuits begin to involve multiple plaintiffs, even the savviest attorneys may have some difficulty determining whether a particular case belongs in the category of a mass tort or class action. In fact, many legal sources have made this difficulty even more puzzling by using the terms interchangeably, and “some mass torts claims are filed as class action[s].” Jose Rivera, “Differences between Class Action Lawsuits and Mass Tort Claims,” LegalMatch, Mar. 13, 2014 (date last modified), , (last visited Dec. 8, 2016). This article explores the differences between the two types of lawsuits and explains why expert witnesses are so critical in determining which category a particular case should fall in.

Part of the confusion may arise from the fact that while the majority of people have heard the term “class action lawsuit,” there is much less familiarity with the term “mass tort” or its definition. See, e.g., Caroline Hollingsworth, “What Is The Difference Between A Class Action And Mass Tort?,” Heninger Garrison Davis, LLC, Jan. 7, 2015, (last visited Dec. 8, 2016). Moreover, some similarities exist between the two: both involve multiple (often very large numbers of) plaintiffs who are suing a common defendant or group of defendants for similar conduct, and the nature of the injuries claimed tends to be common among many (and sometimes all) of the plaintiffs. See, e.g., Jose Rivera, supra. A major reason why procedural rules in federal and state courts allow for either type of action is that both types of lawsuits involve consolidating numerous plaintiffs and causes of action, which frees judicial time and helps to prevent court clog. However, perhaps the most important similarity between mass torts and class actions is that both are permitted only if certain procedural rules are followed and judicial determinations are made to reflect that, so both types of cases require more than just a request—they must be accompanied by evidence that must often come from expert witnesses.

As for the differences between the two types of litigation, there are several, but two are perhaps most worth mentioning. First, class actions involve a number of plaintiffs and suits being consolidated into one case, and potential class members are all treated as though they were the same, not like separate claimants. See, e.g., Jose Rivera, supra. In contrast, mass torts involve a large group of plaintiffs (and, therefore a group of lawsuits, rather than just one), but each plaintiff is treated as an individual and not only has to provide proof for his or her individual claims but can also be given varying damage awards and receive different verdicts. See, e.g., id. Accordingly, mass torts may be much broader in terms of the types of claimants involved, the various theories, and the damages claimed.

The second major difference between the two types of cases is that they are guided by different sets of rules: class actions are governed by class certification policies, while mass torts are subject to the rules for joinder. This is particularly relevant in the context of expert witnesses, because regardless of whether attorneys seek to consolidate lawsuits as class actions or mass torts, experts are invariably the ones who provide the guidance needed to help courts make determinations on these classifications. See, e.g., Gary Friedman, David Greenbaum, and Brian Sullivan, “Expert Witnesses in High-Stakes Litigation,” American Bar Association, Apr. 8, 2016 (discussing the role of experts in class certification and other “high-stakes” cases).

Deciding whether a case should be a mass tort or class action is no easy task for attorneys or judges. In fact, it is a fairly frequent occurrence for a law firm or attorney to begin by seeking class certification and then, if that is not successful, to apply for mass tort status under the more permissive rules pertaining to joinder. As one group of trial attorneys explains, “Often, groups of injured people who do not meet class action certification requirements can have individual federal lawsuits consolidated into a mass tort claim.” See, e.g., Arnold & Itkin, LLP, “What is a class action claim?”, Feb. 12, 2014, (last visited Dec. 8, 2016).

Perhaps more important, however, is the way in which both attorneys and judges make their determinations of which classification is appropriate for specific litigation, or whether the litigation in question fails to qualify for either class action or mass tort treatment. The single most important group of people involved in making these assessments is expert witnesses. Specifically, experts who are familiar with the requirements of each category and who can make strong arguments as to how a particular case or group of cases should be classified can affect the entire composition and outcome of such litigation in ways that are virtually unmatched. When attorneys are permitted to file a large number of cases as either one class action or a group of mass torts, both their clients’ and their own interests benefit greatly.

One benefit for attorneys pertains to cost. For example, if a class gets certified, there is no longer a need for lawyers to retain experts for each plaintiff and suit; a class action allows those parties and cases to be treated as a singular entity, which decreases costs. Moreover, if an expert theory is accepted in one case in a group of mass tort lawsuits, it is likely to set a precedent and enjoy similar success in other cases in that particular group. With either type of litigation, plaintiffs can benefit because defendants who wish to settle will often make offers that will cover most or all of the plaintiffs, which means that plaintiffs may be able to dispense with a number of claims in a single negotiation. There is a benefit to these types of cases for defense attorneys and their clients as well. Many defendants in mass torts have, of late, disproven certain claims made by their opponents by using expert testimony that effectively demonstrated a lack of credibility in plaintiff theories. See, e.g., Sindhu Sundar, “Accutane Ruling Blocking Expert Testimony Kills 2K Suits,” Law360, May 11, 2015 (discussing how defense experts were able to eliminate a causation argument in a mass tort, and thereby eliminated the claims of thousands of plaintiffs).

In addition, attorneys on either side can derive benefits from each type of action. If the case is certified as a class action, both sides know that they only have to prove their side of the case one time, despite the fact that myriad plaintiffs may be involved. This can save litigators substantial time and resources. If the litigation becomes a mass tort, both sides can still save resources and achieve successes with singular actions; for example, if a particular theory of causation is rejected, every individual claim under that theory will generally be rendered moot. Similar benefits exist with respect to other components of the litigation, from causation to jurisdiction.

The rules for class certification are listed in the Federal Rules of Civil Procedure (FRCP), under FRCP 23(a) & (b). Experts in class certification play an indispensable role in helping judges decide whether to allow a class action or not. See, e.g., M. Joseph Winebrenner, “Expert Evidence at Class Certification and the Role of Daubert,” American Bar Association, Jul. 16, 2015. Mass torts are governed by the rules on joinder, which can be found in FRCP 20(a) (which covers permissive joinder) and, on occasion, FRCP 19 (which outlines the conditions under which joinder is required). As is the case with class certification, expert witnesses play a role in determining when and if joinder is appropriate and whether specific litigation should, therefore, be classed as a mass tort. The rules for joinder, like the rules for class certification, require that the plaintiffs have certain characteristics in common, that the matters being litigated arise out of the same or similar circumstances, and that there be “questions of law or fact common to all plaintiffs” that “will arise in the action.” FRCP 19 (a).

How a group of related cases ultimately get classified has a major impact on how the litigation proceeds and ultimately terminates. While it is often to the benefit of attorneys to have a particular set of lawsuits consolidated and, accordingly, treated differently than individual lawsuits, the road to obtaining such classifications can be difficult, and courts are quite rigorous in applying procedural rules to questions of joinder and class certification. The key individuals, not only in determining what type of consolidation is appropriate (if any), as well as persuading judges of the best way to classify a certain set of actions, are unquestionably expert witnesses. Such witnesses have the experience to make the strongest arguments pertaining to consolidation, and the courts have indicated their willingness to turn to the experts to assist in making these important decisions. Attorneys who wish to obtain class certification or, if that is unsuccessful, mass tort status for their lawsuits should retain experts to assist them in these matters and to help prepare them for the various possibilities that exist: class action, mass tort, or simply a number of individual cases. Similarly, attorneys who oppose consolidation should seek experts whenever it appears that a large number of people may have similar claims against their clients. Obtaining such assistance will go a long way towards achieving desired results.