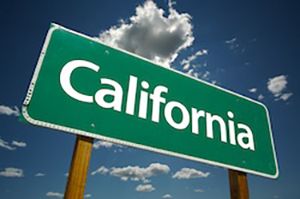 Previous articles in this series have dealt primarily with premises liability in the Green California Road Sign with Dramatic Clouds and Sky.context of sporting events or recreational facilities. This part addresses the general principles of premises liability in California, according to judicial rulings and statute, and seeks to describe the vital role that expert witnesses play in helping judges and juries resolve such cases. Other states have different legal standards for premises liability cases, so the applicable rules under discussion, while perhaps adopted by other jurisdictions in part or in whole, are only intended to be guidelines for California premises law cases.

One of the most important aspects of any premises liability case is to retain an expert witness early. Experts in such cases include medical experts, safety engineers, architects, human factor experts, and others. The importance of acting quickly is two-fold: First, experts should be hired early to evaluate the facts and assist in preparation of the case. Second, acting swiftly may give one side the opportunity to consult with the best possible experts. Furthermore, in premises liability litigation, discovery is critical. The form interrogatories that may be adequate in other types of cases are never sufficient in premises liability cases. It is necessary to have “state all facts” interrogatories, intense depositions, and requests for admission, which can eliminate the issues to be tried and be a powerful tool, particularly for the defense. Expert witnesses play a key role in this discovery process and can assist in helping attorneys know what questions to ask and what requests to make.

Specifically, there are several fact-intensive affirmative defenses that require expert witness support to persuade a judge or jury. One example deals with comparative fault, which is sometimes referred to as contributory or comparative negligence. If a plaintiff or third-party was found to be negligent, a court can decide that the plaintiff’s recovery should ne reduced or barred accordingly. See Cal. Civ. Code §§ 1332, 1431. However, experts are needed to discuss not only how to apportion fault but also to how a damages reward should be affected. A similar affirmative defense deals with mitigating damages. Where a plaintiff failed to mitigate possible damages, the court may determine that the damages award should be limited to any damages the party would have sustained if they had mitigated their damages. Again, this calls for the expertise of witnesses who can help assess damages and the extent of the duty to mitigate.

Another affirmative defense in California that calls for some expert help deals with whether a defect on the premises was “open and obvious.” See Scott v. Chevron U.S.A., 5 Cal. App. 4th 510, 515. Although property owners must take care to avoid exposing anyone to an unreasonable risk of harm, if the condition that causes the injury is open and obvious, it may preclude recovery. The California courts and legislature have reasoned that the condition itself may serve as a warning, though even an open and obvious condition does not always bar recovery for damages, and the inquiry into whether or not a plaintiff can succeed in such an action is fact-intensive. Experts can help determine whether the condition was, in fact, open and obvious, and moreover, whether or not a duty existed to remedy the danger. It has been held that a photograph alone is insufficient to conclusively establish whether a defect on the premises is open and obvious, for numerous reasons, such as how far away the camera was, what angle the photo was taken from, timing, lighting, and weather, among other factors. See Kasparian v. AvalonBay Communities, Inc., 156 Cal. App. 4th 11, 15 (2007). Expert witnesses can attest to the varying conditions of a photograph and to whether or not a particular photo should be considered a fair and accurate depiction of a property defect. Whether a defect is open and obvious may be for a jury to determine, according to California legal rulings. See Neel v. Manning, 19 Cal. 2d 647 (1942). Any time such an issue goes before a jury, the role of experts in helping to flesh things out becomes vital.

Affirmative defenses are not the only issues in which the experts are critical to premises liability litigation. For example, although the rule differs by jurisdiction, in California, there is no strict liability theory on which to base a premises liability action. This means that a plaintiff can only prevail upon a theory of negligence, and each element of a negligence cause of action often requires expert witness assessments. Another matter that may require discussion in a premises liability case is whether an injury resulted from an unforeseeable use of the property. For example, a party who is climbing a fence may have forfeited his or her right to damages, but again, these are fact-specific inquiries that nearly always require expert witnesses to help a judge or jury determine.

California premises liability law has many aspects that demand factual finding by a court of law. In these instances, attorneys will be benefitted by hiring expert witnesses early and for as many purposes their cases demand.