How to tell the difference between a "Retained" versus "Non-retained Expert Witness"? 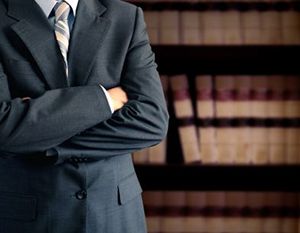 This question was answered in a recent decision in the United States District Court for the Northern District of Illinois, by United States Magistrate Judge Maria Valdez.

GTL moved to bar the testimony of an expert witness.

The issue was whether GTL’s expert, SM, was properly disclosed as a non-retained expert witness under the Federal Rules of Civil Procedure.

SM had worked as AMLI’s Chief Financial Officer and was later retained by AMLI as a consultant.

GTL first deposed him as a fact witness, and shortly thereafter AMLI disclosed him as an expert witness.

GTL argued that because SM was: (i) a former employee of AMLI, (ii) retained to offer his opinions in this case, (iii) requesting a fee, he should be classified as a retained expert within Rule 26(a)(2)(B).

AMLI said that SM was properly disclosed as a non-retained expert witness based on the “treating physician” exception, which requires only a summary disclosure rather than an expert report prior to the taking of his deposition. SM did produce a summary disclosure, AMLI argued, so his testimony shouldn’t be barred.

Judge Valdez explained in her opinion that before a deposition, an expert witness must make certain disclosures regarding his opinions on the facts at issue in the case.

The nature of those disclosures depends on how the expert is classified if:

This requirement went into effect because of a 2010 change to Rule 26. Prior to that time, no disclosures were required of a non-retained expert.

According to Rule 26(a)(2)(C), a non-retained expert’s summary disclosures must contain:

the subject matter on which the witness is expected to present evidence under Federal Rule of Evidence 702, 703, or 705; and a summary of the facts and opinions to which the witness is expected to testify. Whether SM was a retained expert under the Federal Rules determined whether the summary disclosure prior to his deposition was sufficient, the judge said.

Judge Valdez explained that the distinction between retained and non-retained experts arises often in the context of physicians and other healthcare professionals.

In the case of physicians, the designation of retained or non-retained is generally determined by the reason the physician was sought: a physician sought only for treatment is not “retained for the purposes of litigation.”

Even if the treating physician is to offer an opinion on causation, she may not be retained within the meaning of Rule 26 as long as she was not retained expressly to review materials and form such an opinion.

In other words, a treating physician is only retained when she gives opinions that are beyond the scope of her own observations.

Judge Valdez found the logic of this distinction compelling.

The language of Rule 26 applies to all experts, she wrote, not just physicians, and the change to Rule 26 ensures that even experts not “retained for the purposes of litigation” must still disclose a summary of the facts and opinions at the heart of their testimony.

As a consequence, a former employee may be a non-retained expert for the purposes of Rule 26(a)(2) if he is a percipient witness and is testifying based upon his personal knowledge of the facts or data at issue.

Here AMLI treated SM as a non-retained expert who needed to submit only summary disclosures. SM was a percipient witness to the mutual reinsurance agreements between AMLI and GTL, and it appeared that he was sought by AMLI for his knowledge of the transactions between AMLI and GTL—not for the purpose of reviewing new materials expressly for litigation.

Judge Valdez concluded that SM was not retained for the purposes of litigation.

As a result, only a summary disclosure was required.

SM’s summary expert disclosure contained both the subject matter of the testimony and a summary of the facts and opinions on which he was to testify. SM was therefore properly disclosed pursuant to Rule 26.

Non-retained experts are to only testify about opinions formed during the course of their participation in the relevant events of the case, Judge Valdez held, and only to those opinions which were properly disclosed.

Here SM was permitted to only testify to opinions formed during, and as part of, his employment with AMLI. He could not testify about the opinions he formed later or in anticipation of litigation.