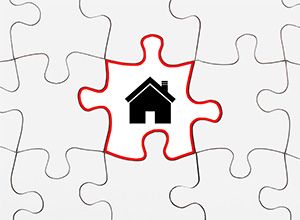 Although in their broader historical sociological meaning, the terms redlining and reverse redlining refer to discriminatory practices based upon geographic location in a wide variety of service industries, the terms are currently most commonly associated with the mortgage lending industry. As defined in United Companies Lending Corp. v. Sargeant, 20 F. Supp. 2d 192, 203 n. 5 (D.Mass.1998):

Just as redlining has led to segregation and urban decay through denying access and opportunity to minority groups, the profound implications of reverse redlining, which granted long awaited credit access to such groups, albeit in a disparate manner, appear to be equally troubling according to financial experts.

As eloquently stated by author, consultant, professor, and expert witness for fair housing groups and civil rights organizations, Gregory D. Squires, in a publication for Shelterforce, an online journal for the National Housing Institute, entitled Predatory Lending: Redlining in Reverse:

“After decades of redlining practices that starved many urban communities for credit and denied loans to racial minorities, today a growing number of financial institutions are flooding these same markets with exploitative loan products that drain residents of their wealth. Such “reverse redlining” may be as problematic for minority families and older urban neighborhoods as has been the withdrawal of conventional financial services.”

These disputes, both in terms of complexity, as well as quantity, have become increasingly prevalent in our judicial system in light of the increase in regulatory intervention, both at state and federal levels.

As held by the Hargraves court, “[i]n order to show a claim based on reverse redlining, the plaintiffs must show that the defendants’ lending practices and loan terms were unfair and predatory, and that the defendants’ either intentionally targeted on the basis of race, or that there is a disparate impact on the basis of race. Hargraves, supra at 20.

This author suggests, as have others, that shortly after the decision in Hargraves, supra, the decision in Matthews v. New Century Mortg. Corp, 185 Fed.Supp.2d 874, confusion perhaps developed surrounding the appropriate standard to be applied. See generally, Nier, Charles and St. Cyr, Maureen R., A Racial Financial Crisis: Rethinking the Theory of Reverse Redlining to Combat Predatory Lending under the Fair Housing Act, 83 TEMPLE L. REV. 941 (2012).

This is particularly true given that at the time of these decisions, many jurisdictions had not yet had the opportunity to rule on the issue of reverse redlining, and others have only done so in recent years.

In comparison to Hargraves’ two part analysis, the test in Matthews employed a four step procedure for the analysis of reverse redlining claims. Under Matthews, the Plaintiff must show that:

The notion that there may be confusion regarding which standard to apply, Hargraves or Matthews, is further exemplified by decisions which cite to both cases, but then either choose to apply one standard over the other, or those that fail to differentiate altogether.

And yet other decisions ignore both standards, and appear to employ a more traditional form of disparate impact analysis, as suggested by authors Nier and St. Cyr, supra, in their aforementioned publication.

“Conceptually, the approach under [the reverse redlining] framework actually appears to raise more questions than it answers; indeed, in the end, the framework might not be suited to address the many different forms of redlining that have appeared in the context of the subprime mortgage crisis. Id. (quoting Brescia, Raymond H., Subprime Communities: Reverse Redlining, the Fair Housing Act and Emerging Issues in Litigation Regarding the Subprime Mortgage Crisis, 2 ALB GOV’T L. REV. 164, 187 (2009)).

The author of this article suggests that perhaps there is no discrepancy as to which standard to apply in mortgage lending claims, and whether or not there is a lack of concrete guiding principles, allegations must be adequately supported.

Discrimination claims, by their very nature require a showing of disparate treatment, and as such, a mere recitation of discriminatory allegations, unsupported by factual evidence, simply will not stand.

Through realizing the interrelated inferences provided by prior decisions, and presenting or defending claims in consideration of their overlapping interpretations, practitioners may be better able to effectively advocate for their clients.

The common denominator, then, as demonstrated by prior decisions, appears to support the theory that no matter which analysis techniques and/or standards that may be employed by a specific jurisdiction, and no matter which party is represented, the need for expert litigation support services is crucial.

It is unnecessary to recite the countless decisions involving a party’s failure to present statistical evidence supporting or negating claims of mortgage lending discrimination.

This concepts holds true for all stages of litigation, from pleading requirements and class certification, to dismissal motions, and of course, trial.