Testing the Limits of Discovery of Non-Testifying Experts 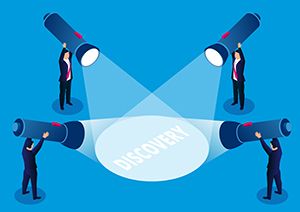 In a recent patent infringement case from the District Court for the North District of Illinois, Judge Amy St. Eve granted Plaintiff Sloan Valve Company's (Sloan) motion for a protective order. The order barred the Defendants, Zurn Industries, Inc. and Zurn Industries, LLC (Zurn) from deposing a Sloan attorney on the plaintiff's patent infringement contentions.  Zurn was creative in its use of the Rules of Civil Procedure, but those efforts did not convince the judge who ruled against them.

Judge St. Eve quoted a July 2012 decision from her district to explain that Federal Rule of Civil Procedure 26(c) "confers broad discretion on the trial court to decide when a protective is appropriate and what degree of protection is required." (citing Gordon v. Countryside Nursing & Rehab. Ctr., LLC, No. 11 C 2433, 2012 WL 2905607, at *2 (N.D.Ill. July 16, 2012).  Zurn, the court said, failed to address whether the court should bar Zurn from taking a Rule 30(b)(6) deposition regarding Sloan's infringement contentions. Instead, Zurn argued that the judge require Sloan to produce documents and data prepared by non-testifying experts, relating to testing done on Zurn's own device. This should have been in a motion to compel, not in response to this motion for a protective order.

At the heart of this dispute is Zurn's attempts to gain access to testimony regarding the testing Sloan conducted on Zurn's own product. The court held that Zurn did not need the results of Sloan's tests to gain an understanding of how the product worked—the testing information Zurn sought related to tests of its own device.  Zurn had the ability to test and analyze this at any time.

The court held that, as a result, Zurn waived any argument regarding whether it could depose one of Sloan's trial attorneys regarding its patent infringement contentions.  This included whether there were any "exceptional circumstances" necessitating a deposition of Sloan's non-testifying expert. Judge St. Eve went further to explain that even if Zurn had not waived these arguments, she would not have required Sloan to produce one of its trial attorneys to testify about its patent infringement contentions.  Zurn did not show that it needed to obtain information specifically from an attorney; nor did it show any exceptional circumstances justifying discovery of the "facts known or opinions held by" Sloan's consulting experts who conducted the tests at issue.

Zurn's deposition notice improperly sought the testimony of the mental impressions and legal theories of the trial counsel who drafted them. Judge St. Eve said that although Rule 30(a) allowed a party to take a deposition of "any person" courts have said that the deposition of the other side's attorney in the litigation is "disfavored and should be permitted only if there is no other reasonable means to obtain relevant and significant information that the attorney possesses," citing Fields v. City of Chicago, 2012 WL 4892392, at *3 (N.D.Ill. Oct. 15, 2012).

Zurn sought a description and explanation of statements in the patent infringement contentions, which Sloan's counsel strategically drafted, arguing that it was entitled to the discovery "because it reflects Sloan's understanding of how the accused device operates." Zurn could not seek this privileged information via a Rule 30(b)(6) deposition or any other discovery mechanism, the judge held.

Zurn wanted to discover "Sloan's understanding and analysis of the accused device at the time each of its revised Infringement Contentions were served." This, Judge St. Eve said, was improper. Seeking the "understanding and analysis" by the experts Sloan engaged to test the device was improper under Rule 26(a)(4)(D). That Rule not only prohibits discovery of mental impressions, it also protects "facts known or opinions held" by a consulting expert as well. The judge explained that even the methodology employed by a consulting expert is off-limits. Further, how Sloan, its consultants, and its attorneys arrived at the conclusions reflected in their patent infringement contentions were not relevant to any party's claim or defense. Zurn received Sloan's contentions, was to receive Sloan's expert reports, had the option of deposing its testifying experts, and had access to the device at issue to conduct its own tests. Judge St. Eve said she would not additionally allow Zurn to depose a non-testifying expert on the tests Sloan conducted on Zurn's own product in anticipation of litigation and to formulate its theory of infringement of its own intellectual property.

As a result, the court granted Sloan's motion for a protective order barring Zurn from conducting a deposition on Sloan's final patent infringement contentions or pursuant to the Rule 30(b) (6) deposition.