The Standard of Admissibility for New York Expert Witnesses: Does Daubert Govern? 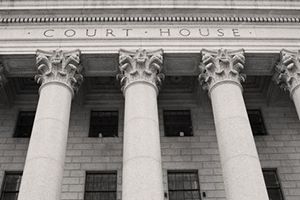 New York may be one of the most difficult states for attorneys to comprehend in terms of which standard applies with respect to the admissibility of New York expert testimony. Because the federal and state circuits have separate standards in New York, practitioners may encounter confusion when engaged in litigation. This article discusses New York's admissibility standards and offers a guide for attorneys and New York experts.

New York is part of the Second Circuit with respect to litigation that is handled by the federal courts. That circuit, which includes New York, Vermont, and Connecticut, abides by the Daubert Rule for evaluating expert testimony and its admissibility. See, e.g., “About the Court,” United States Court of Appeals for the Second Circuit, Dec. 13, 2013. The Daubert Standard, which is based upon the Supreme Court case of Daubert v. Merrell Dow Pharmaceuticals, revolutionized the role of the trial court, giving judges significantly greater discretion in excluding expert testimony than in the past. See generally Daubert, 509 U.S. 579 (1993).

As the Federal Practice Manual for Legal Aid Attorneys (FPM) explains, the Daubert Rule means that “Before admitting expert testimony, a district court must determine whether the expert is qualified by knowledge, skill, experience, training, or education to render an opinion, and it must satisfy itself that the proposed expert testimony is both reliable and relevant, in that it will assist the trier of fact, before permitting the jury to assess such testimony.” FPM, 2014.

What may cause confusion among New York attorneys is the fact that, unlike in federal court, state court cases are not governed by the Daubert Standard. Instead, state courts follow the Frye Rule, which was originally Daubert's predecessor in federal court. See, e.g., “Admissibility of Expert Testimony in New York,” American Bar Association, 2014. To wit, as the New York Code of Civil Practice Law & Rules (N.Y.C.P.L.R.) states “Unless the court orders otherwise, questions calling for the opinion of an expert witness need not be hypothetical in form, and the witness may state [their] opinion and reasons without first specifying the data upon which it is based. Upon cross-examination, [the witness] may be required to specify the data and other criteria supporting the opinion.” § 4515.

The Frye Standard, which New York state courts adhere to in determining the admissibility of expert testimony, is somewhat less stringent than Daubert. Specifically, in order for a New York expert's opinion to be admissible, that opinion need only be one that is “generally accepted” by the scientific community. See American Bar Association, supra. The New York Court of Appeals has further clarified the test it applies by stating that the question is “whether the accepted techniques, when properly performed, generate results accepted as reliable within the scientific community generally.” Parker v. Mobil Oil Corp., 7 N.Y. 3d 434, 446 (2006).

Moreover, the New York courts have emphasized that under their interpretation, Frye means that a scientific technique does not have to be unanimously accepted as scientifically sound to be admissible. American Bar Association, supra. Specifically, the New York Court of Appeals has argued that the

Frye test “emphasizes ‘counting scientists’ votes, rather than . . . verifying the soundness of a scientific conclusion.” Parker, 7 N.Y. 3d at 447.

To add to the confusion, although the New York courts have stated again and again that they will continue to rely upon Frye (which was decided in 1923), there have been state court cases where a Daubert-like test has been applied. See American Bar Association, supra. In certain cases, although the courts have explicitly refused to discard Frye, they have argued that trial court judges should have more of a gatekeeper function, akin to the one outlined in Daubert. See, e.g., Clemente v. Blumenberg, 705 N.Y.S. 2d 792 (Sup. Ct. Richmond Co. 1999) (arguing that although the Court had not embraced the Daubert Standard, it could still look to Daubert, since the trial court still functions as the gatekeeper in determining admissibility).

Additionally, there are cases in which the New York state courts will decline to follow Frye. See American Bar Association, supra. In one case, a state court claimed that Frye was not applicable where the “proffered expert testimony is not scientific or novel.” Wahl v. American Honda Corp., 693 N.Y.S. 2d 875 (Sup. Ct. Suffolk Co. 1999). In that instance, the Court applied “the reliability standard as derive[d] from Daubert and Kumho Tire.” Id.

For litigators in New York, it is important to determine in what forum a case will be heard when dealing with the admissibility of expert testimony. However, in addition to having a working knowledge of the different standards that are applied in federal versus state court, attorneys and experts should also be aware of the exceptions that exist in the legal literature in order to best understand what standard will govern the testimony of New York experts.