California Litigators: To Daubert or not to Daubert? 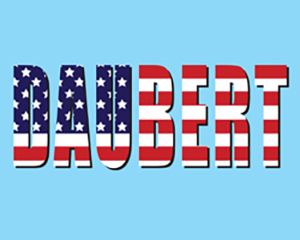 Until a few years ago, the California Supreme Court made it clear that in cases involving questions about an expert witness’s credibility, the federal rule articulated in Daubert v. Merrell Dow Pharmaceuticals, Inc., 509 U.S. 579 (1993) was not followed in California. However, after its recent decision in Sargon Enterprises, Inc. v. University of Southern California, 55 Cal. 4th 747 (2012), the California Supreme Court has apparently embraced a standard for reviewing expert testimony that is very close to the rule established in Daubert.

Prior to the Sargon case, the California Supreme Court adopted a somewhat complicated standard on the admissibility of expert testimony, known as the “Frye-Kelly” Rule. See Wendy Chang & Frederick J. Ufkes, “Supreme Court clarifies role of trial judge in determining admissibility of expert testimony,” State Bar of California, Jan. 2013. Under the “Frye-Kelly” Doctrine, expert testimony was admissible provided that it was of such a nature as to have received “general acceptance” in the scientific community. See, e.g., id.

However, in 2012, the California Supreme Court heard the Sargon case and created new rules for admitting expert opinions. Sargon, much like Daubert, asserted the need for judges to possess and exercise more discretion over expert testimony. To wit, the California Supreme Court explained: “Under Evidence Code section 801, the trial court acts as a gatekeeper to exclude speculative or irrelevant expert opinion…The expert’s opinion may not be based on assumptions of fact without evidentiary support, or on speculative or conjectural matters. . . . Exclusion of expert opinions that rest on a guess, surmise or conjecture is an inherent corollary to the foundational predicate for admission of the expert testimony: will the testimony assist the trier of fact to evaluate the issues it must decide?” Id., citing Sargon.

The Court’s explanation in Sargon clearly contemplated trial courts playing somewhat of a gate-keeping role, and it empowered judges to reject expert evidence for reasons that went beyond the former standard of “general acceptance.” Since then, many reputable legal analysts have asserted that in Sargon, the California Supreme Court brought California in line with the federal Daubert Rule, and that practitioners should interpret Sargon and Daubert as one and the same with respect to what the trial court’s rule in admitting expert testimony is. See, e.g. id.

There are certainly a number of important similarities between Sargon and Daubert, and a quick review of the literature will elicit dozens of articles comparing the two and even suggesting that their holdings are virtually indistinguishable. See, e.g., id. In fact, as some legal commentators have pointed out: “In Sargon, the Supreme Court read California law to include the “gatekeeping” function that is central to Daubert. In its analysis, the court borrowed from some of Daubert’s most important language, including key elements of its test for determining the admissibility of expert testimony.” Todd Benoff & Lee J. Rosenberg, “A step toward Daubert? California’s Supreme Court rules that trial courts have a gate-keeping role regarding expert testimony,” Lexology, Jan. 29, 2013.

However, those who have advanced the theory that Sargon and Daubert are nearly identical, or more importantly, that California has adopted the Daubert Rule (by deciding Sargon as it did) should be met with caution. Even analysts who heralded Sargon as a step towards a Daubert-type approach have taken care to explain that “Although the Sargon decision shares some common language with Daubert when describing the nature of the court’s gate-keeping role, Sargon does not adopt the entire Daubert analysis.” Id.

There are important distinctions between Sargon and Daubert that practitioners need to be aware of. For example, while Daubert “requires federal courts to conduct a four-part ‘preliminary assessment’ before an expert may be admitted…Sargon provides no test or factors that a trial court must consider when evaluating expert testimony.” Id. Instead, the Sargon decision asks trial “courts to inquire into the sufficiency of the connection between an expert’s methodology and conclusions.” Id.

Moreover, some legal professionals have noted very important and specific distinctions between Sargon and Daubert. For example, while it appears that expert testimony regarding “old techniques” is subject to a more stringent, Daubert-like review, the same may not apply to testimony given about “new techniques.” See Aaron Block, “Daubert-Style Gatekeeping In Calif.? Not Quite,” Law 360, Feb. 26, 2013. Therefore, confusion over what standard applies when dealing with new scientific techniques and methodologies remains, and it is unclear what the courts will do when evaluating expert testimony in such cases. Id.

Many members of the legal profession, particularly those wishing for a more stringent evidentiary standard for expert opinions, have heralded Sargon as a great boon for litigators and a new era of gate-keeping by trial courts. Such laudatory treatment of Sargon is certainly understandable, since the California Supreme Court did help to harmonize “existing case law and statutory authority on expert admission into a more cohesive “gatekeeper” function.” Benoff & Rosenberg, supra. However, California attorneys should still take great care when dealing with the issue of expert admissibility, as Sargon is not Daubert, and many matters pertaining to how expert testimony will be handled by the courts are still left unresolved.