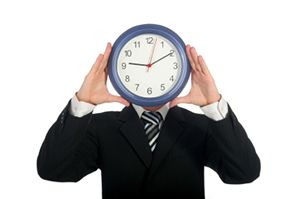 A company will pay $717,202 in back pay and damages to settle claims by the U.S. Department of Labor that it broke rules laid out in the Fair Labor Standards Act. The company was found to not have paid overtime to employees who were on the job more than forty hours a week as well as charging them for tools needed on the job. This resulted in workers not being paid minimum wage.

Boise Manufacturer Reaches Agreement With US Labor Department on FLSA Violations; Agrees to Pay $717K in back Wages, Damages

Investigation findings: U.S. Department of Labor Wage and Hour Division investigators found that Forge Building Company violated the Fair Labor Standards Act’s minimum wage and overtime provisions. The company – a provider of customized manufactured galvanized steel structures and storage facilities – failed to pay workers overtime at time-and-one-half for hours worked beyond 40 in a work week. In addition, the employer made illegal deductions from workers’ paychecks to recoup the cost of tools it required them to purchase. These deductions had the effect of lowering the workers’ pay below the federal minimum wage of $7.25 per hour.

Resolution: In an agreement with the department, Forge will pay minimum wages to eight employees and overtime premium to 97 employees, with total back wages calculated at $358,601. The company also agreed to pay an equal sum of $358,601 in damages, totaling $717,202 for the workers.

Quote: “Our investigation has discovered violations resulting in wages that these workers had rightfully earned,” said Wage and Hour Division District Director Thomas Silva. “This case allows us to level the playing field for all of the employers who play by the rules. We are dedicated to protect both workers and employers.”

Wage and hour litigation is complicated. An employee may file a private suit to recover back wages, an equal amount in liquidated damages, plus attorney’s fees and court costs. The Department of Labor may also file suit on behalf of employees for back wages, an equal amount in liquidated damages, and civil money penalties where appropriate. Wage and hour experts understand litigation in this area and are experienced in evaluating worker’s compensation, employment records, timesheets, etc. They are informed on all regulations and laws governing wage and hour disputes. Presenting an unbiased opinion in clear and understandable language to the court makes wage and hour dispute expert witnesses invaluable in litigation alleging compensation violations.